Imelda Marcos, the former first lady of Phillipines spent more than 20 years on the seat before being driven from power. After being out of power, She became infamous for her lavish spending habits before returning to politics. 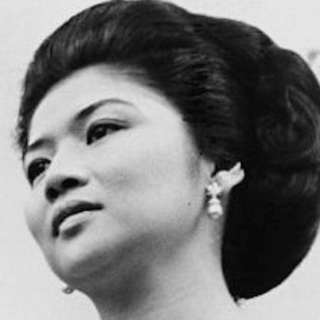 Imelda got married to politician Ferdinand Marcos in 1954. Her husband began his presidency reign in 1965 and that was when the first lady also commenced hers.

In her role as first lady, she met a diverse mix of world leaders and then began using the opportunity to sought out political opportunities for herself in addition to supporting her spouse.

In her Lavish Spending, it is known that While many Filipinos lived in poverty, Imelda Marcos became known for her vanity and all her splendor was gained at the cost of the Filipino people. When Imelda and her husband were chased out of power, they were known to hold the Guinness World Record for the Greatest Robbery of a Government.

The former first lady of Philippines, back then after driven from power. It was discovered that she left about 3,000 expensive shoes, 1,000 hand sewn designer dresses each of which had been worn just once and 500 brassieres with one of the brassiere a bullet-proofed one and it so happen that normally when troubles start anywhere, the first instinct to come across a sane mind is to get cover. Nada! Imelda instinctively held her two boobs so tightly (Maybe she never wore the bullet-poof brassiere).