Pastor Adeboye Prays For The End Of Banditary 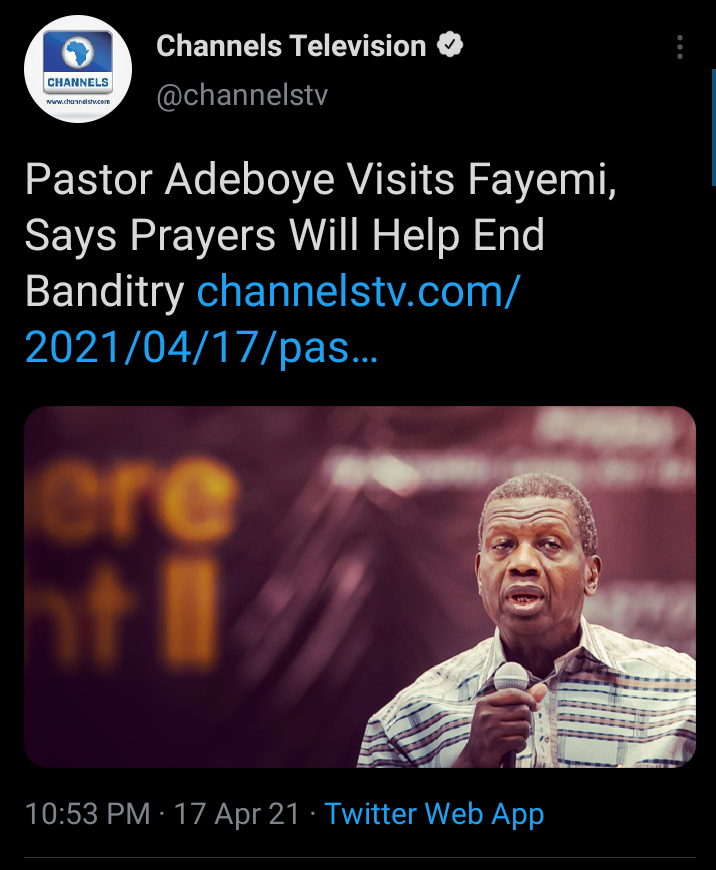 The series of Attacks Lunched by Bandits, Herdsmen and Boko Haram have given so many prominent Nigerians concern to the extent that The General Overseer of the Redeemed Christian Church of God, Pastor Enoch Adeboye has reiterated his belief in the power of prayer to rid the country of all forms of criminality.

Pastor Adeboye, who said this when he visited the Governor of Ekiti State, Dr. Kayode Fayemi, also condemned the recent abduction of a traditional ruler in the state and the shooting of another monarch.

He said it is alarming that criminal elements now have no regard for traditional rulers and heads of sacred institutions. 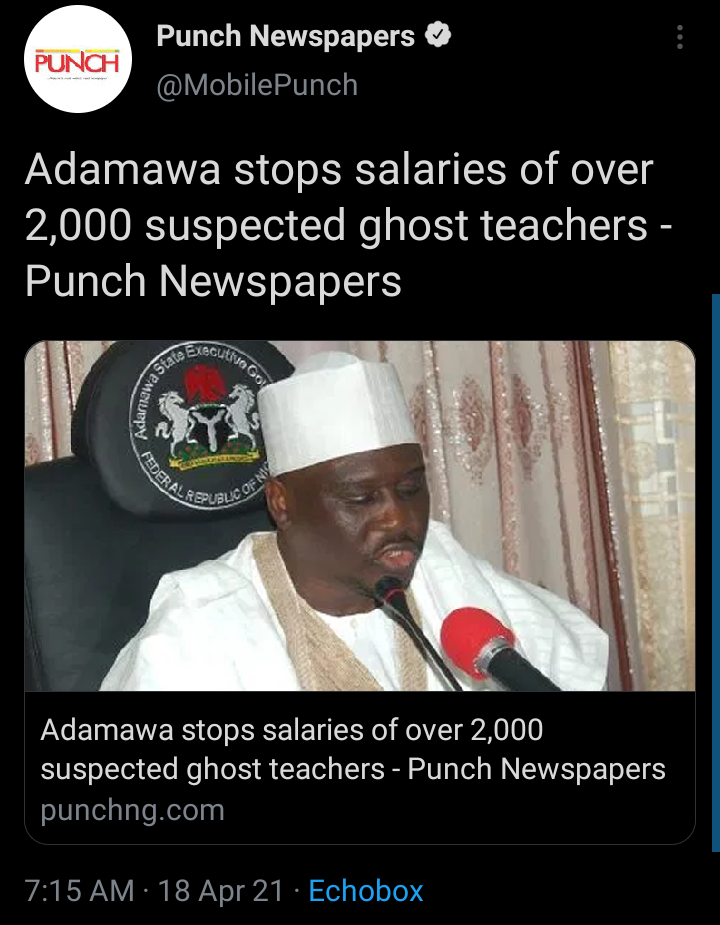 In the quest to stop ghost workers and maintain transparency in adamawa state. The Adamawa State Government says it has stopped the salaries of over 2,000 workers who did not take part in the payroll verification and biometric data capture exercise commissioned by Governor Ahmadu Fintiri.

The state Commissioner for Finance, Ishaya Dabari; and Accountant General of the state, Kefas Tagwi, had denied that the non-payment of the affected civil servants had to do with the lien placed on accounts operated by the state government with some commercial banks.

Tagwi said, though there was a judgment debt amounting to over N600m against the state government which some aggrieved teachers, over 1,000 of whom were employed way back in 2012, secured at the National Industrial Court of Arbitration, the state government had appealed the judgment. 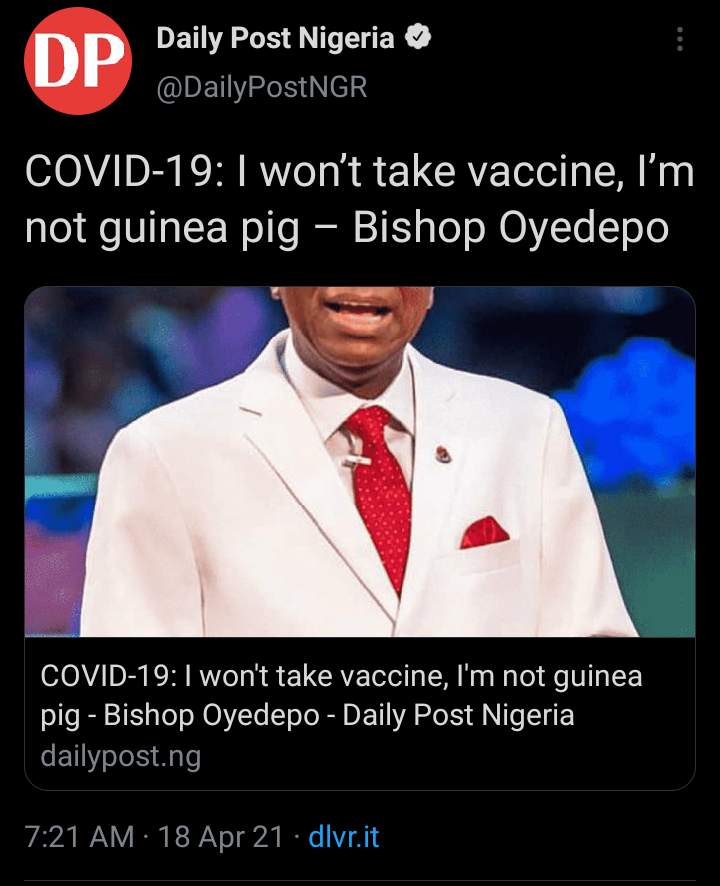 Nigeria is among the West African states battling with covid-19 pandemic.

Recently, Bishop David Oyedepo of the Living Faith Church, has said he won’t to take the COVID-19 vaccine.

Oyedepo, who spoke during the church’s Covenant Hour of Prayer programme, said he is not a guinea pig, hence would not take the vaccine.

Stressing that the world was confused over COVID-19, the clergyman insisted that the church has the answer. 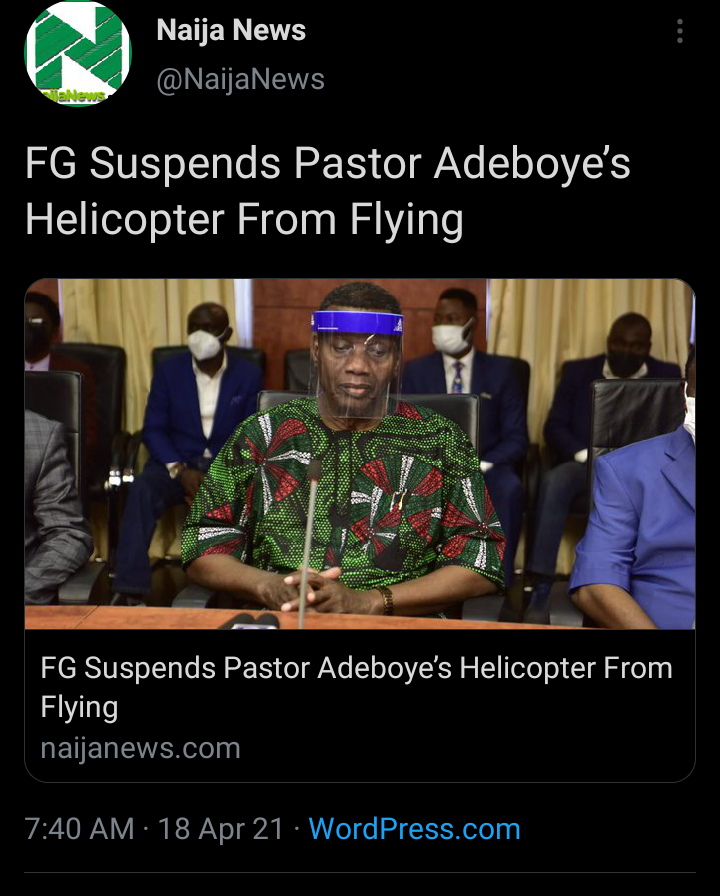 The Federal Government led by President Muhammadu Buhari through The Nigerian Civil Aviation Authority (NCAA) has suspended the private chopper belonging to the General Overseer of the Redeemed Christian Church of God (RCCG), Pastor Enoch Adeboye, at the Lagos Airport.

It was learnt that the aircraft, AgustaWestland AW139 chopper, with registration number 5N-EAA, was suspended from flying over two weeks ago, following the expiration of some of its papers and spare parts.

The suspension, officials said, would also allow the regulator to conduct vital safety checks on its safety-critical components, especially some spare parts due for replacement. 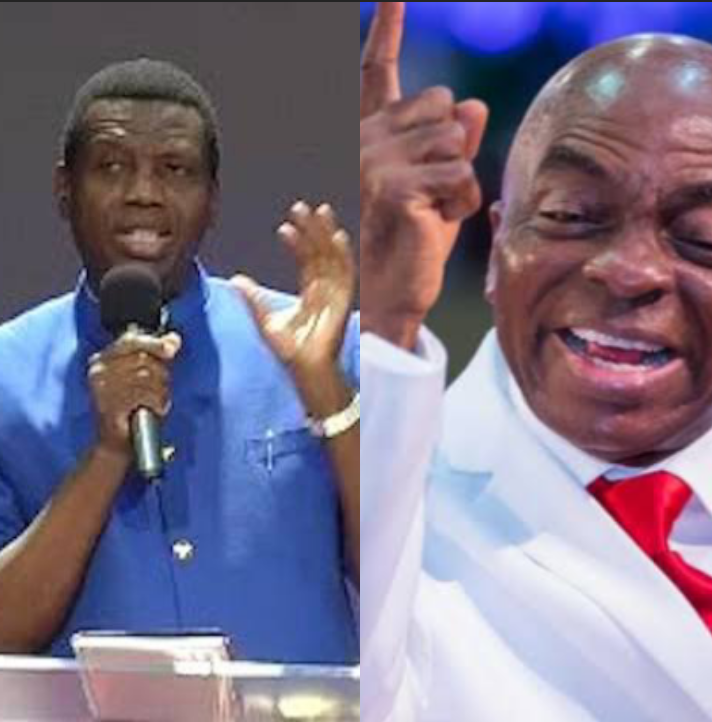