APC receives over 5,000 defectors in Delta

OVER 5,000 persons, Sunday, decamped from their political parties to the All Progressives Congress, APC in Oviri-Ogor and Ughelli urban, Ughelli North Local Government Area of Delta State. 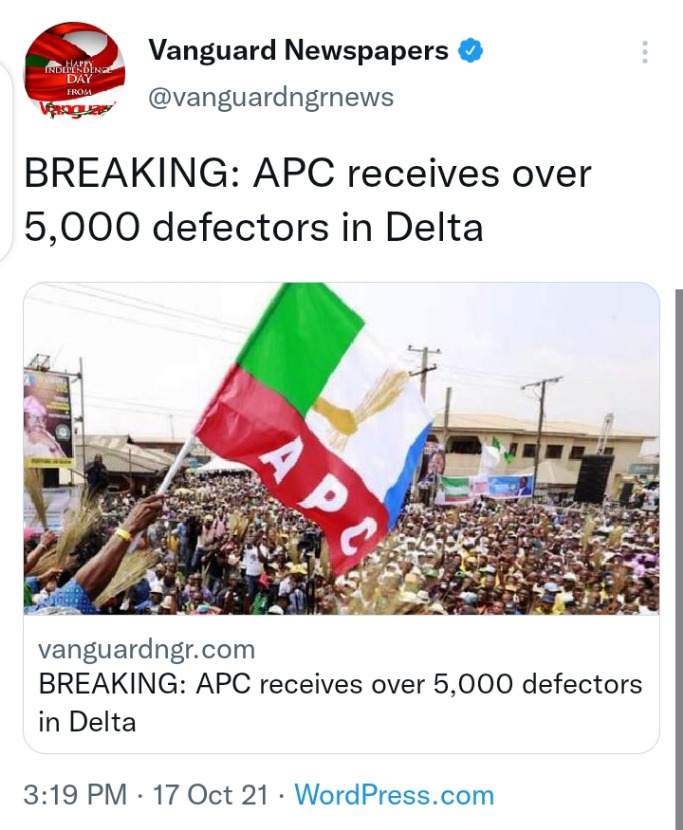 The defectors stated that their decision to leave their former political parties was motivated by the Deputy Senate President, Senator Ovie Omo- Agege's, purposeful representation and leadership.

They lauded Senator Ovie Omo-human Agege's capacity and infrastructure development efforts in the Delta Central Senatorial District, noting that the Deputy President of the Senate has empowered many people and influenced many people-oriented projects in the area. 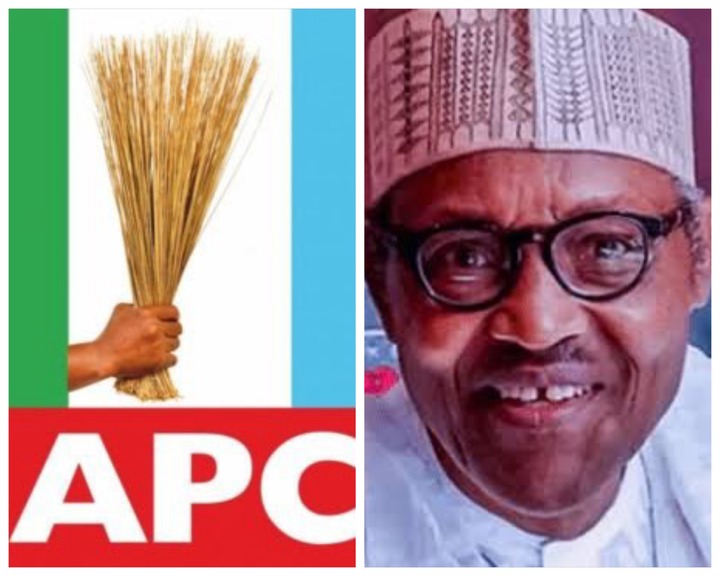 President Muhammadu Buhari on Sunday felicitated with Governor Okezie Ikpeazu of Abia State on the occasion of his 57th birthday anniversary, October 18, 2021. 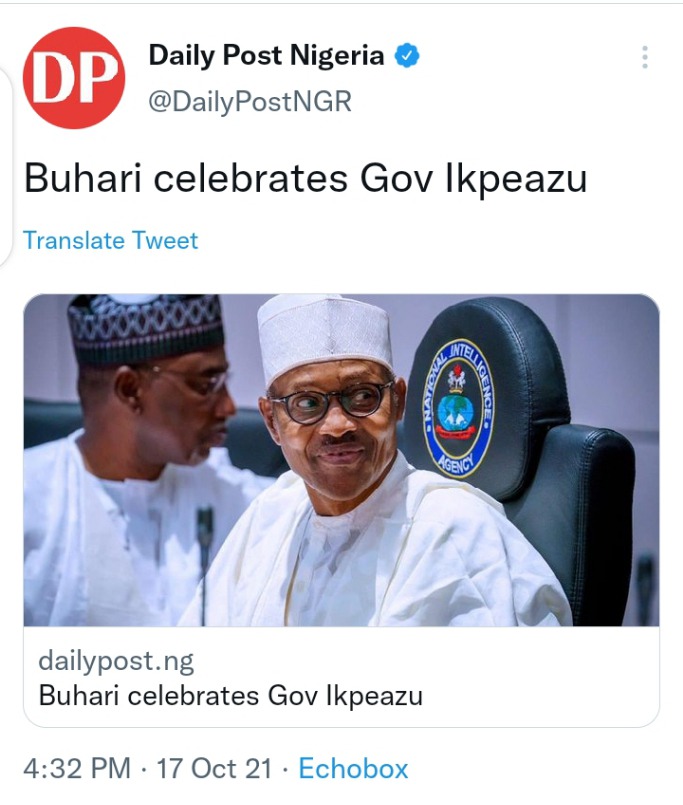 The President joins the entire Ikpeazu family, their friends and associates to celebrate the Abia Governor.

This was revealed in a statement issued on Sunday by Femi Adesina, the Special Adviser to the President on Media and Publicity.

As the Governor counts his blessings for another new year, President Buhari believes that the highest aspiration for those in leadership positions is to see their vision and dreams of a better life for the people come to pass.

The President wishes Governor Ikpeazu every success as he continues to steer ‘God’s own State’ on the path of sustainable development and prosperity.

A panel of United States policymakers has uncovered how Boko Haram terrorists operating in the North-East region have been collaborating with armed bandits terrorising communities across the North-West to collect ransom from the Buhari administration and civilian victims, The Wall Street Journal reports. 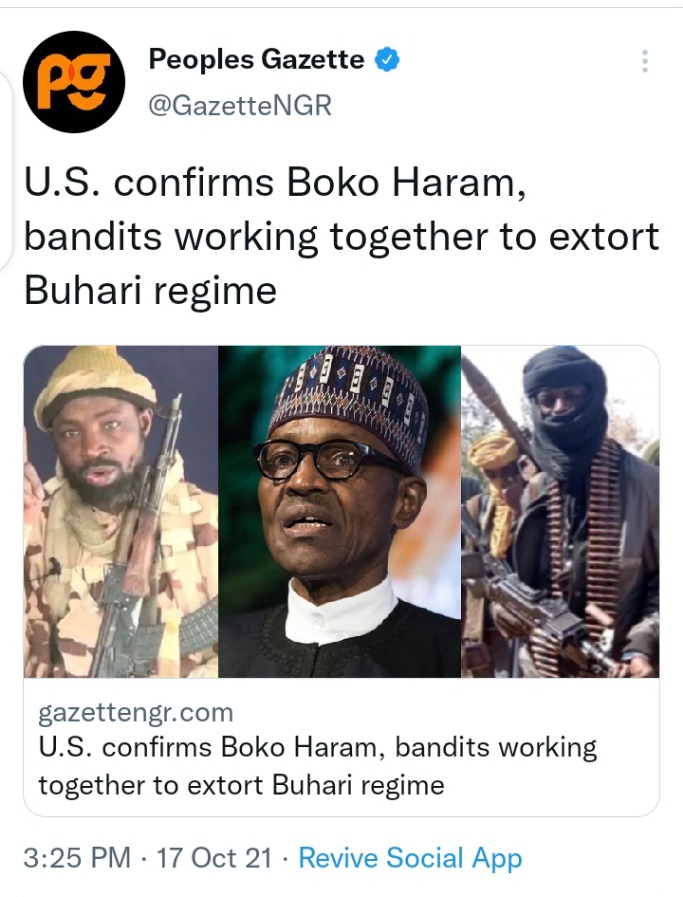 According to the American newspaper, the United States has not identified armed banditry as a direct threat to its interests, but officials have been monitoring bandit commanders and their possible coordination with Boko Haram insurgents.

“The bandits are a distant priority for U.S. policy makers focused on Nigeria’s jihadist threat, though American officials say they have intercepted calls from suspected Islamist militants in the northeast who are advising bandits in the northwest on kidnapping operations and negotiations,” the Journal said in a report published on Saturday.

The Nigerian Air Force (NAF) has denied paying N20million to armed bandits operating in Jibia local government area (LGA) of Katsina State in exchange for an anti-aircraft gun allegedly seized from military personnel by the bandits. 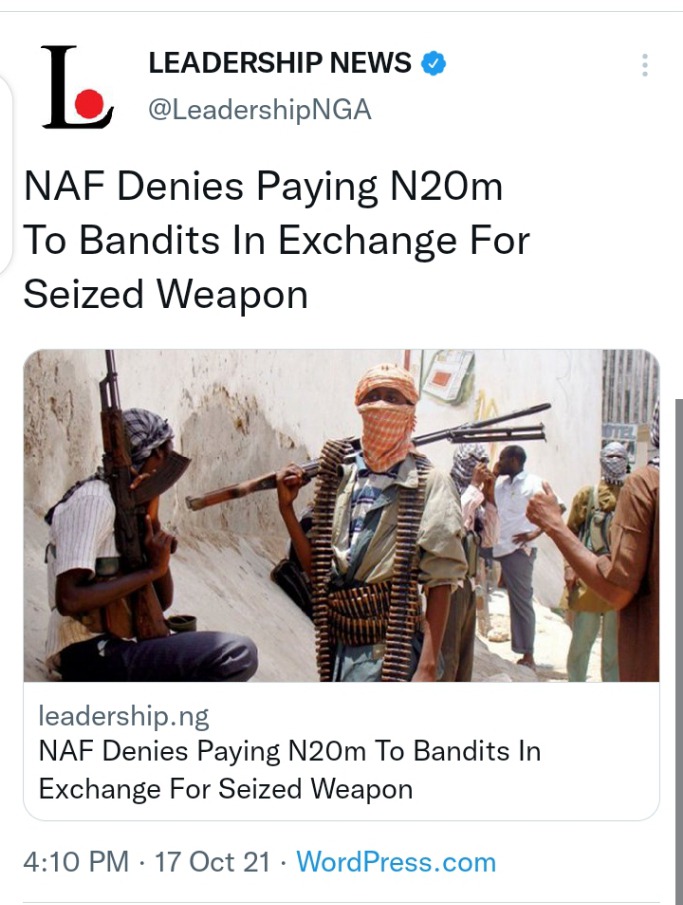 Air Commodore Edward Gabkwet, the director of NAF public relations and information, stated this in response to a report alleging that the payment was made due to concerns that the weapon could be used to shoot down President Muhammadu Buhari's jet while he was visiting his home town of Daura in Katsina State.

He stated that the report is completely false, with no iota of truth, and that it was "designed to cast aspersions on the Service's good image."