As the Fulani herdsmen crisis lingers, so many opinions and theories have been circulated on the right way to end all these frequent fights. 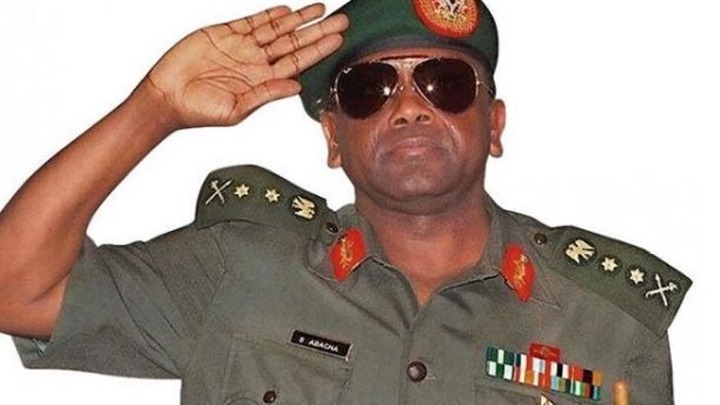 Recall the recent step towards solving this ongoing chaos was initiated by an Islamic cleric, Shiek Gumi who has successfully reached out to these bandits to have a word with them and understand the reasons for their agitation.

Over time, this meeting that started on the right footing has taken a dangerous turn as some very inflammatory statements have been made against some ethnic and religious groups in the country.

This did not go down well with a section of the country as they all went for Gumi's jugular blasting him for being so insensitive and dishonest. He had also been called out for asking for a blanket amnesty for the group. 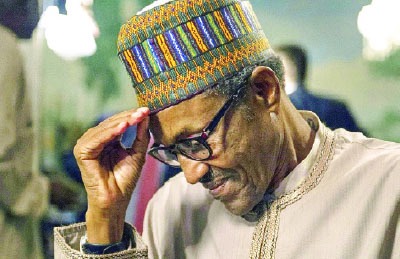 In all this, the FG is yet to make an official statement on ways to bring this issue to an end.

However, in a new video, the leader of a bandit group has made a shocking revelation during an interview with Daily Trust. 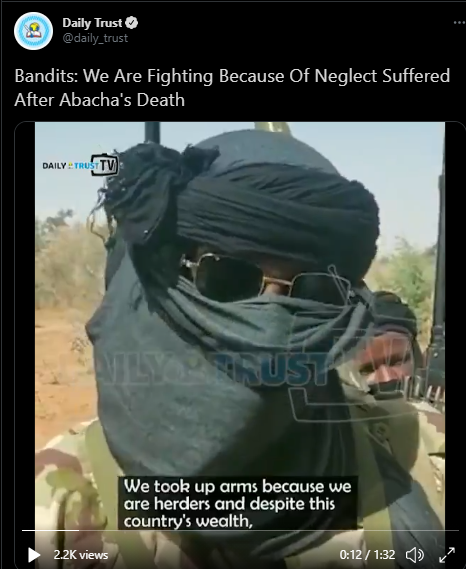 In the video, the man whose face was well covered revealed how the successive governments have treated them badly and which resulted in them taking up arms in the bushes. 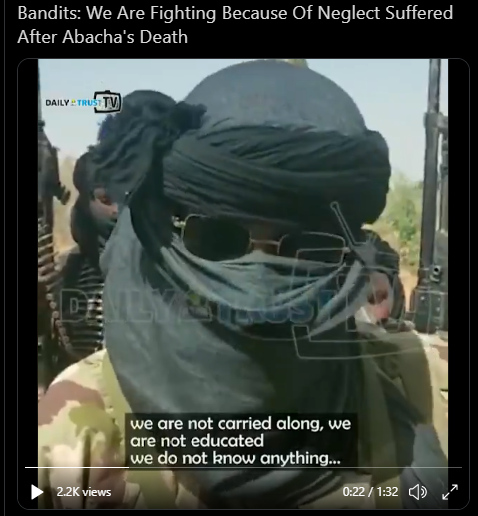 The Man also revealed that the only time Fulanis enjoyed the country was during Abacha's time and ever since then, they have been cast out and unfairly treated. 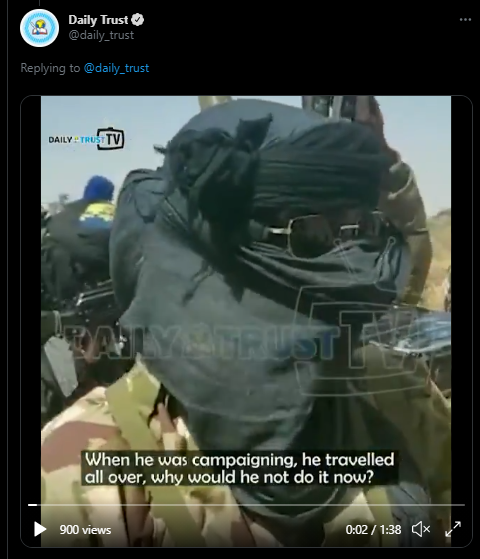 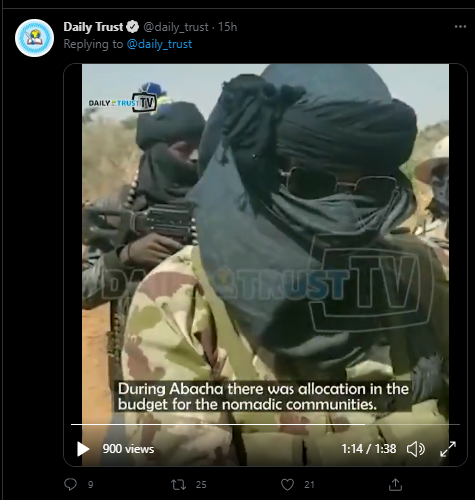 The bandit revealed that during Abacha's time, there was an allocation made for Fulani herders every year but since Abacha died, and successive governments stepped in, such allocations ceased to exist. 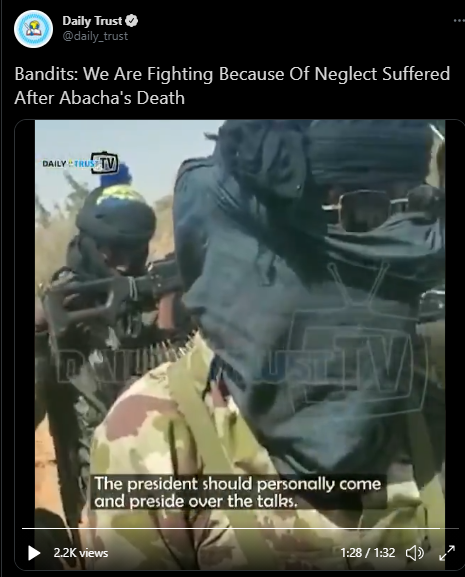 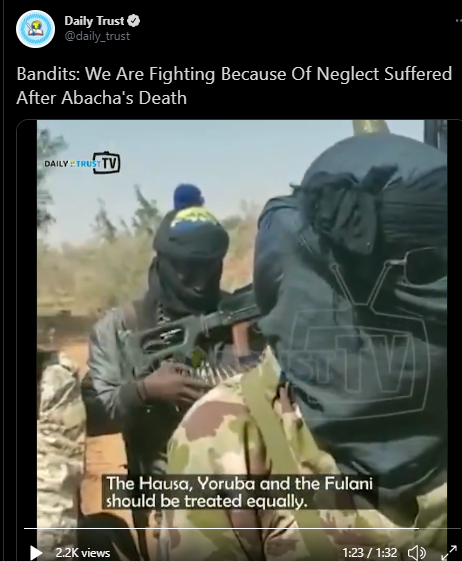 This revelation has never been heard before and it's a good step to solving the problem of this country. 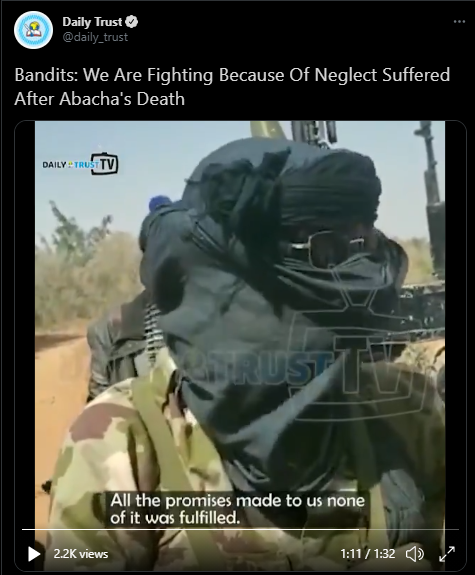 The FG is, therefore, advised to immediately put into consideration, these 3 points which are:

1, A Nomadic Development Commission which should be funded by all Northern states should be established to checkmate and regulate the activities of the herders. This commission will look into their complaints and resolve any issues they may have with landowners too

2, The RUGA options should be made compulsory in all Northern states. The governors should immediately build these settlements and hand them over to the herders in order to create a safe haven for them and also train them on the modern method of pastoral animal farming.

3, President Buhari should lead the negotiation with the bandits as they have requested since they have much trust and believe in him. We have seen how Shiek Gumi's effort is being wasted because of his current stance on some issues.

Opinion: Here Are Nine Things That Can Keep Causing Underdevelopment In Nigeria And It's Solution