By AJNews (self media writer) | 1 year ago

Here are the news headlines for this morning Friday July 17, 2020. Osagie Ehanire the Nigeria’s Minister of Health, has cautioned doctors planning to relocate to countries like the United Kingdom, to reconsider such plans as they would lose out on getting hazard allowance.

Ehanire stated this while speaking at the Presidential Task Force (PTF) daily briefing on Thursday in Abuja. According to him, there is no need for doctors to leave the country, as the government was working on better welfare for them.

Reacting to the report that 58 doctors were prevented from leaving Nigeria for the UK recently over visa issues, Ehanire expressed his surprise, noting that the movement was irregular as many of them were without visas.

“Now, this UK where they are going to, there’s no hazard allowance. They don’t give doctors hazard allowance. You just get your salary, that’s all. I’ve spoken to doctors there and they said it’s part of their job, part of what they’re trained for.

“But here, apart from your salary, we still try to add something to it in the hope that we’re going to attract our people to stay,” Ehanire said. The Minister further stated that doctors owe Nigeria nothing, but it was important they bring “the experience and cutting-edge knowledge and skills they bring from abroad.” 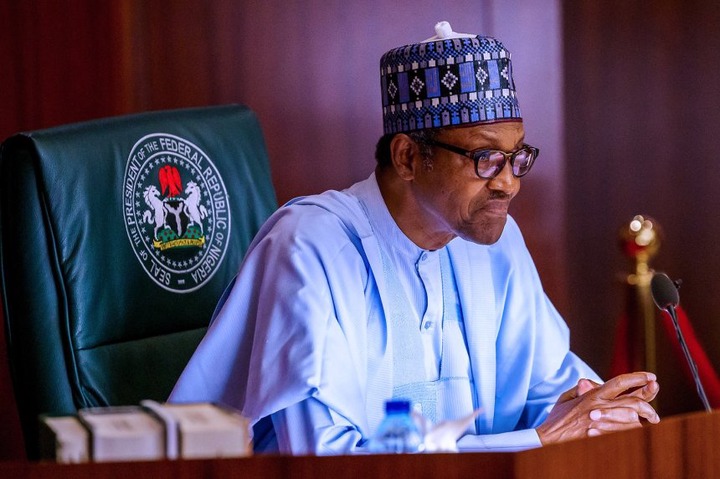 His words, “The honourable said Buhari had to leave the scene the way the late Yar’Adau did, so that his vice, (Prof. Yemi) Osinbajo, would take over, and that such was the only way Nigeria could make progress.”

According to the party chair, the lawmaker likened the APC to a football team that had lost steam, “and may not be able to win majority votes in the next general election.” He also said that Mashi, in an audio recording making the rounds in the state, described his constituents, who voted him into office, as ignorant and bunch of illiterates.

The chairman wondered why a lawmaker elected on APC platform should make such comments on Buhari, his constituency members and the party that brought him to office.

“The audio of what the lawmaker said is out there for all to listen to. By the grace of God, APC will win in the 2023 general elections and the party will only continue to grow stronger.

“We call on the APC to call him to order and the National Assembly to suspend him for making such comments. “If our call is not heeded, we, as members of his constituency, have the right to take necessary action that is within the ambit of the law. And when we begin to take action, nobody should come and beg or ask us to refrain from what we are doing, as we have allowed avenue for action to be taken against him.” When contacted, Mashi said he would reserve his comments since the matter was under investigation by the police.

Wike’s moves in Port Harcourt kicked off series of events in NDDC in Abuja, with reactions from some women groups and the Forum of South-South Governors.

Wike arrived at her residence in the GRA section of the oil city yesterday morning and ordered armed policemen around out of his way. He then entered the house and was seen driving her off in his convoy.

Wike has meanwhile, asked the Inspector General of Police, IGP, Mr Mohammed Adamu to investigate, yesterday’s invasion, by over 50 armed policemen, of the Port Harcourt residence of Joi Nunieh.

Nunieh, also, yesterday, vowed that Nigerians would hear more from the can of worms she’s been opening over her face-off with Minister for Niger Delta Affairs, Godswill Akpabio on the National Assembly probe of NDDC.

This came as the IGP, Mohammed Adamu, and Rivers State Commissioner of Police, Joseph Mukan, said they knew nothing about the deployment of a team of policemen that laid siege to the residence of Joi Nunieh, yesterday.

Meanwhile, the House of Representatives, yesterday, issued an order for the arrest of acting Managing Director of NDDC, Interim Management Committee, IMC, Prof Kemebradikumo Pondei for contempt of the parliament.

This came as President Muhammadu Buhari, yesterday, directed security and investigating agencies to have better coordination with the National Assembly to ensure that the administration’s effort to bring sanity, transparency and accountability to the management of the large amount of resources dedicated to the development of the Niger Delta sub-region through the NDDC was not derailed.