By Gisting (self meida writer) | 17 days 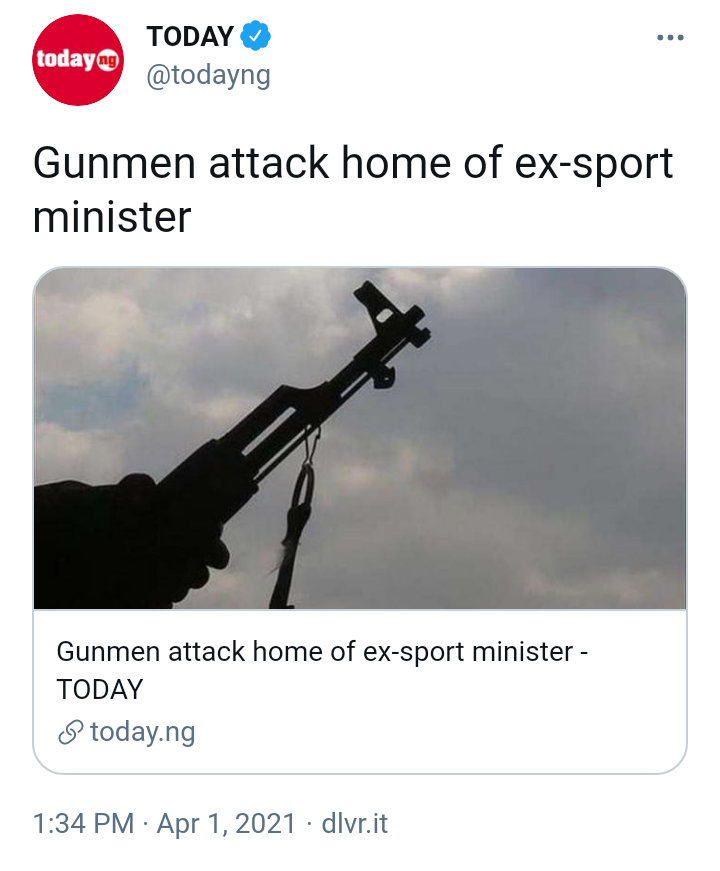 Plateau state police command has confirmed the attack on the Riyom residence of former Minister of Sport, Chief Damishi Sango where three persons, including security men were allegedly shot.

Spokesman of the command, Mr. Gabriel Ubah Ogaba said, “The Command is aware of the incident at Riyom and the victims have been rushed to the hospital where they are receiving treatment.”

He however said he was not aware yet whether the security personnel were dispossessed of their rifles. 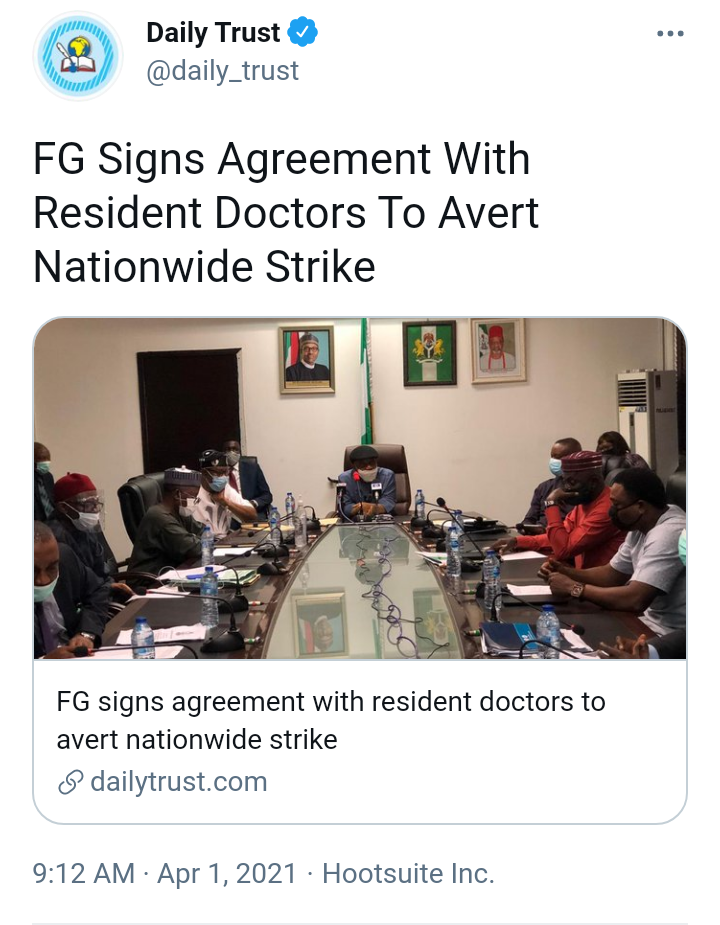 The Federal Government has signed a Memorandum of Action (MOA) with the National Association of Resident Doctors (NARD), geared towards averting the planned nationwide strike of resident doctors billed to commence Thursday, April 1 (today).

The agreement was signed after a marathon meeting between the Government and the leadership of NARD at the office of the Minister of Labour and Employment, Chris Ngige. 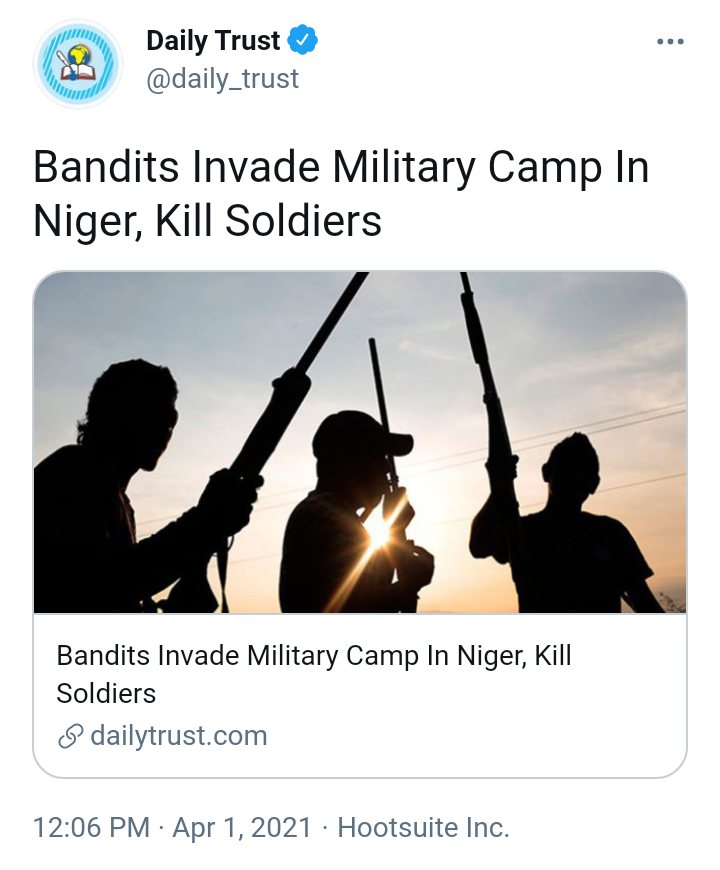 Gunmen suspected to be bandits have killed soldiers in Shiroro Local Government Area of Niger State.

The gunmen reportedly abducted over 10 persons, stole seven motorcycles and burnt down military vehicles in attacks which happened on Wednesday and in the early hours of Thursday.

The communities attacked by the bandits are Allawa, Manta, Gurmana, Bassa and Kokki in Shiroro council.

Daily Trust gathered that the bandits stormed the camp of the Joint Security Task Force comprising of the Army, Police, Civil Defence and Vigilantes at Allawa and opened fire on them. 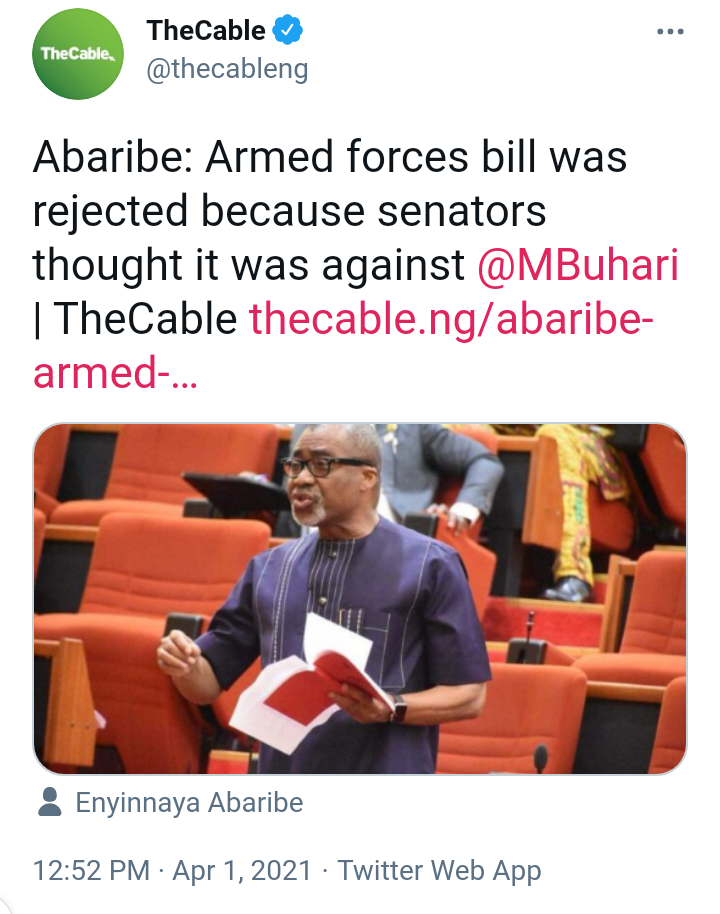 Enyinnaya Abaribe, senate minority leader, has explained why some of his colleagues in the red chamber rejected his bill that seeks to establish the armed forces commission.

He said on Wednesday that some of the senators erroneously believed the bill was against President Muhammadu Buhari — just as they view everything he says.

In March, Abaribe presented the bill which would ensure that the appointment of service chiefs reflects the principle of federal character. 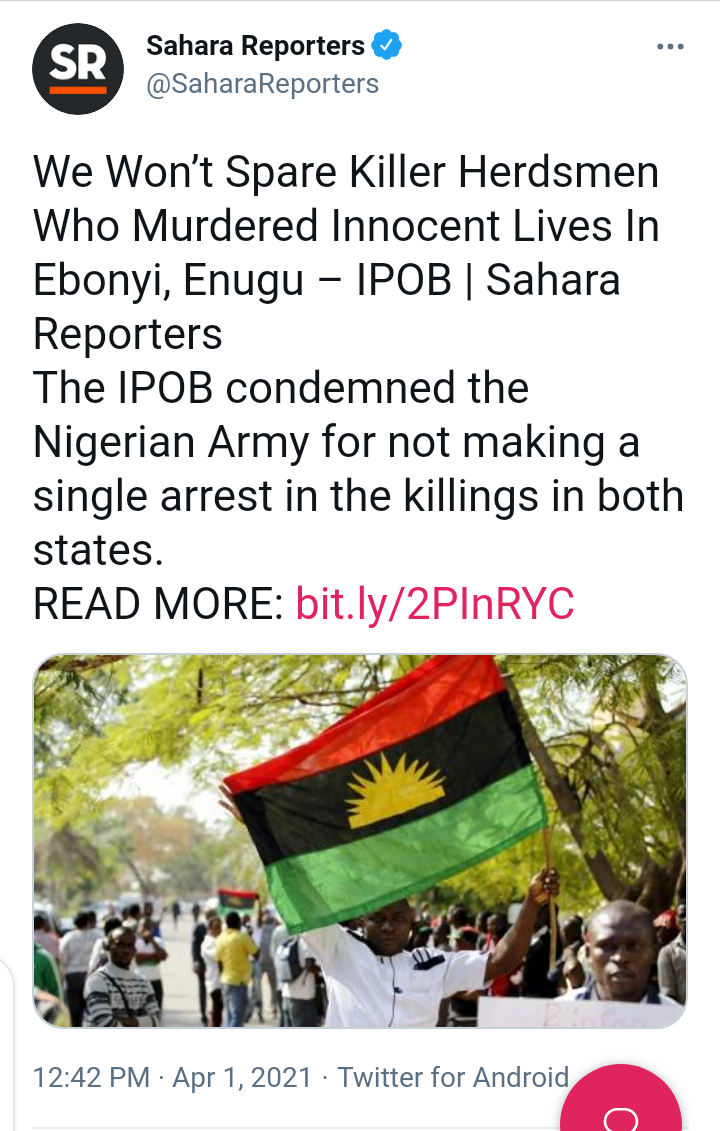 The Indigenous People of Biafra has alleged that the Nigerian Army is shielding murderous Fulani herders killing innocent Nigerians in the South-East region.

The separatist group asked why the military and other security agents have not arrested or hunted down the criminals that murdered people in Enugu and Ebonyi states, saying they were quick to deploy men and equipment to look for Eastern Security Network operatives in Orlu, Imo State a few weeks ago.

Emma Powerful, the IPOB media and publicity secretary, said this in a press release made available to SaharaReporters on Thursday. 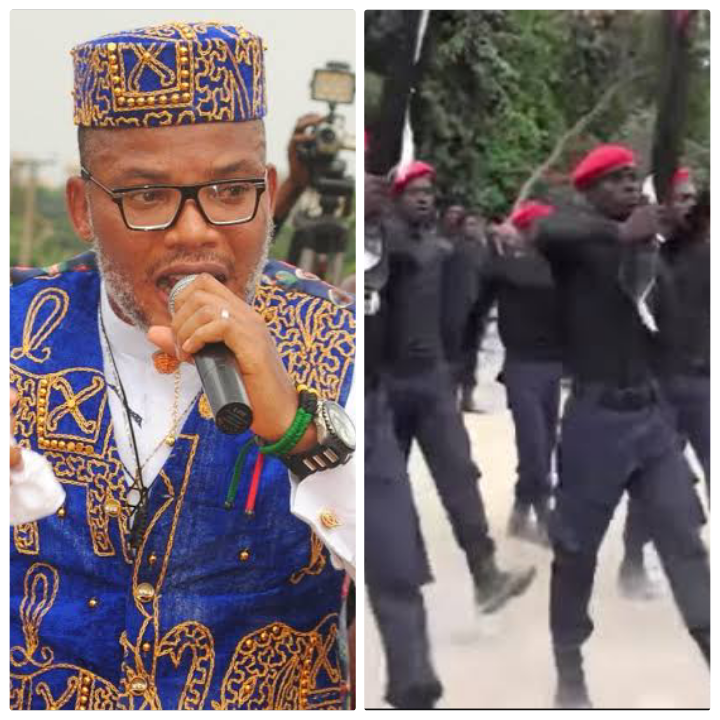 Do you think IPOB should go after Fulani Herdsmen in Nigeria?

Today's Headlines: We're Planning To Float ESN In North, No Funds To Steal In LG