How the Obi-Datti Campaign Crew Was Attacked In Katsina By Thugs.

The attack on Peter Obi's campaign bus after a rally in Katsina on Monday was denounced by the Obi-Datti Presidential Campaign Council.

The campaign team claims that the aforementioned attack happened after Obi held a townhall meeting with women and a rally at the Muhammad Dikko Stadium. 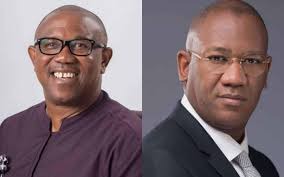 The campaign team claimed on Tuesday that Obi was accosted by several hoodlums on his route to the airport in a statement signed by its Head of Media, Diran Onifade.

On his (Obi) way to the airport, hoodlums attacked the car our candidate was traveling in with large stones from his drivers side, causing severe damage to the vehicle, the statement adds.

To the glory of God, no one was wounded in the car, including Obi.

Another group of thugs then flung stones outside the stadium, damaging numerous vehicles, including one belonging to the campaign team's official stage crew.

Together, the two occurrences lead us to believe that the attacks may have been planned at the direction of desperate politicians who had been deluding themselves into believing they had the North-West under lock and key but are now frightened by the Obidient movement's display of force in the region.

Content created and supplied by: Ebenezer007 (via Opera News )