Today's Headlines: Osinbajo distances self from memo to resign from APC, PDP, APC Clash Over Campaign Venue In Osun

Osinbajo Speaks On Resigning From APC 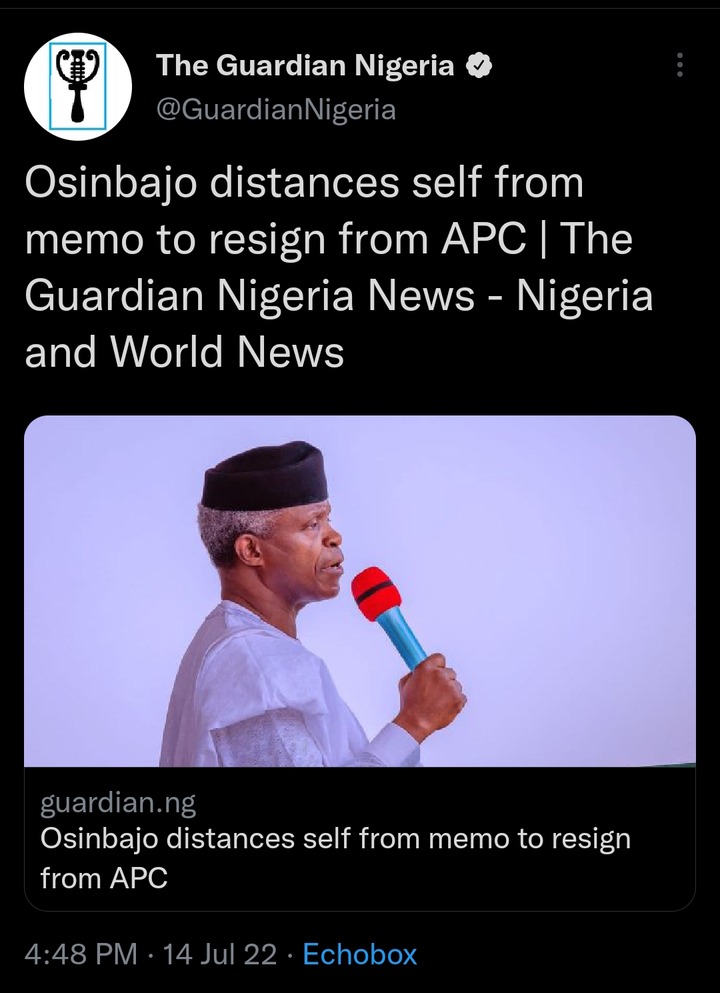 Vice President Yemi Osinbajo on Thursday distanced himself from a memo purported to have originated from his office and sent to President Muhammadu Buhari seeking permission to resign his membership of the All Progressives Congress (APC).

The Memo dated 24th June, 2022 with reference number SH/VP/605/2./0 and sited by The Guardian, listed among others, family pressure, his (Osinbajo) continuous participation in active and partisan politics and membership of the APC as the reasons for his decision.

But, when asked to confirm the authenticity of the said memo, Senior Special Assistant on Media and Publicity, Office of the Vice President, Laolu Akande, described it as fake. 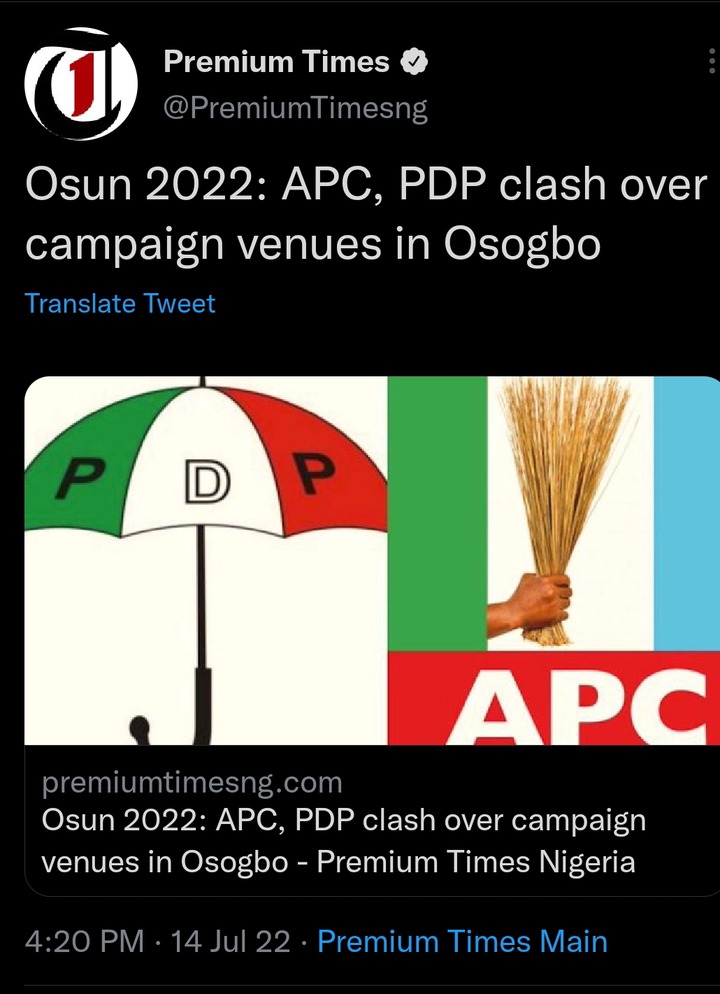 The All Progressives Congress (APC) and the Peoples Democratic Party (PDP) clashed on Thursday after the latter accused the ruling party of denying them the use of several venues for their rallies.

The development comes as political parties hold their last rallies in the state ahead of the July 16 governorship poll.

Out of 15 aspirants, Governor Gboyega Oyetola of the APC, Ademola Adeleke of the PDP, Yusuf Lasun of the Labour Party, Oyegoke Omigbodun of the SDP, and Akin Ogunbiyi of the Accord Party are seen as the major contenders. 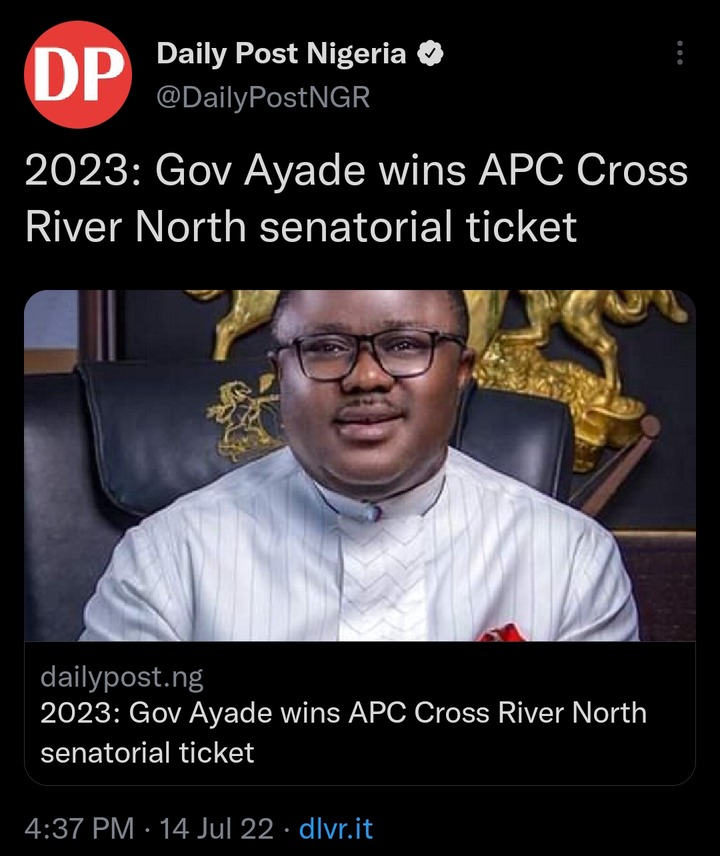 Cross River Governor, Ben Ayade has emerged the candidate for the All Progressives Congress (APC) senatorial seat for Cross River North at the National Assembly for the 2023 polls.

Ayade, who emerged unopposed, was elected at a fresh primary election at the Ogoja Local Government Area (LGA) of the state on Thursday.

The election followed the voluntary withdrawal of Mr Martins Orim, who won the ticket at the May 28, primaries. 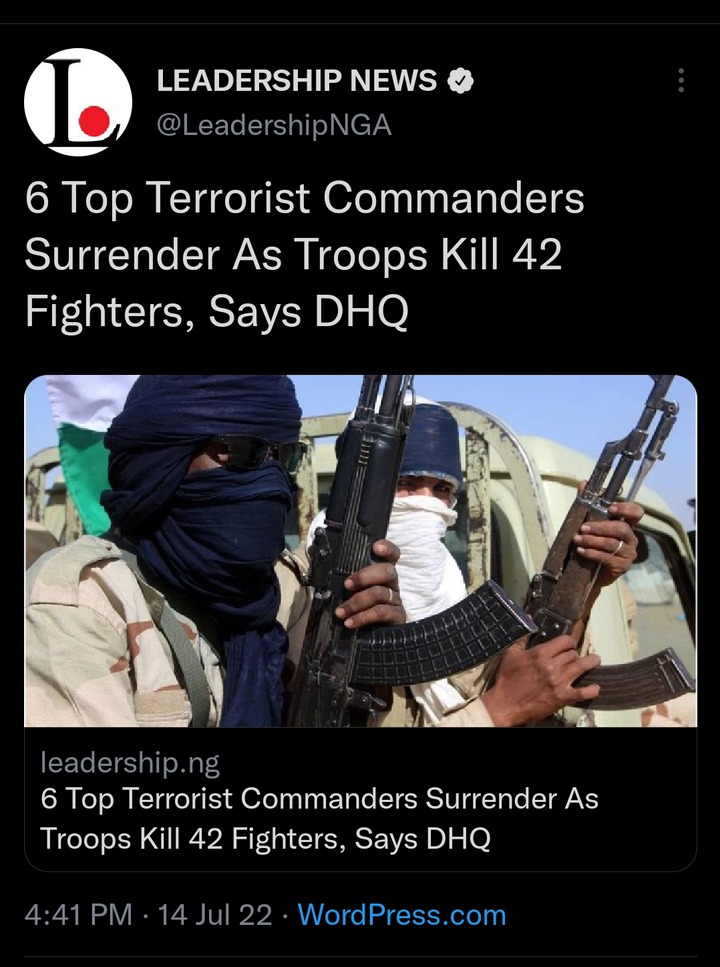 The Defence Headquarters (DHQ) has said six top Terrorist Commanders have surrendered in Borno State as troops neutralised 42 fighters in the North-East region in two weeks.

The Director, Defence Media Operations, Major General Benard Onyeuko, disclosed this during the biweekly update on the Armed Forces of Nigeria operations covering June 30 to July 14, 2022. 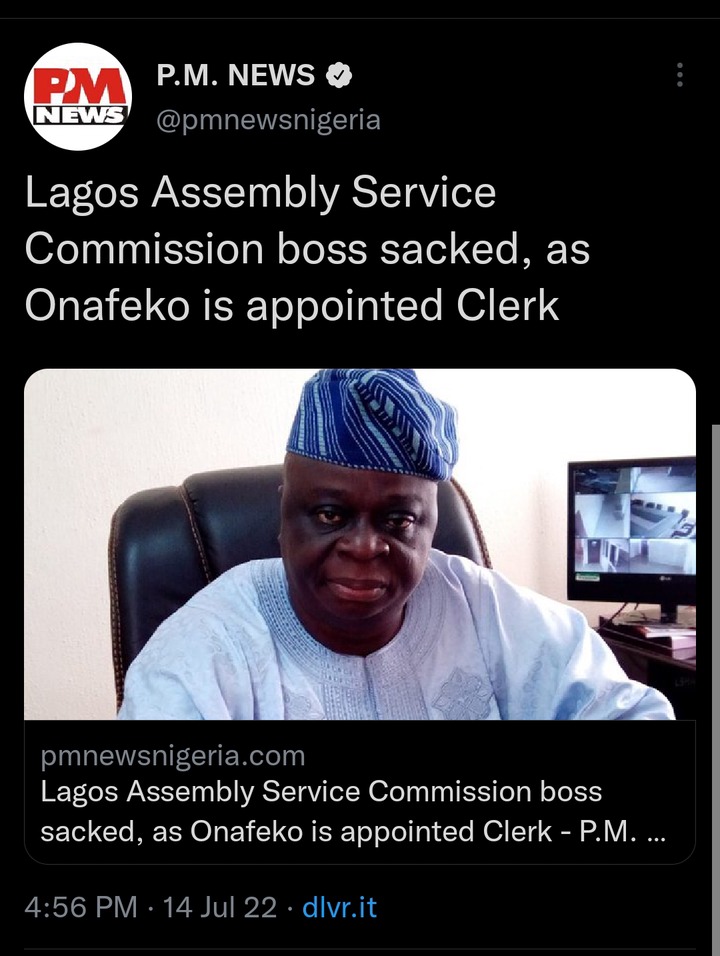 Mogaji’s sack was approved after a voice vote by members of the House at plenary.

The lawmakers appointed Mrs. Folashade Raulat Latona as the new Secretary of the Commission.