Three chieftains of the Peoples Democratic Party vying for positions in the National Working Committee have been disqualified ahead of the national convention likely to hold on October 31st in Abuja. This is contained in a post published by The Nation on Thursday.

Former Governor Oyinlola and Prof. Wale Oladipo had been earlier in a tight race for the position of Deputy National Chairman before a former Oyo Deputy Governor, Taofeek Arapaja indicated interest, thus making the contest more sophisticated. Now that Wale Oladipo is disqualified, the race would be between Oyinlola and Arapaja.

In the Southeast, the position of National Secretary has been generating controversies majorly between Muo-Aroh and senator Anyanwu as the party leaders and governors are grossly divided over who to pick for the consensus contender.

Muo-Aroh is challenging Senator Samuel Anyanwu who is being projected as a consensus candidate by stakeholders in the Southeast. Now that Muo-Aroh is eventually out of the way, Anyanwu might be feeling a sigh of relief in the race.

Meanwhile, the Screening Sub-Committee of the Peoples Democratic Party which announced the disqualification of these 3 aspirants has now given this main reason for dismissing them.

They filed lawsuits against PDP to stop the party from holding its national convention. 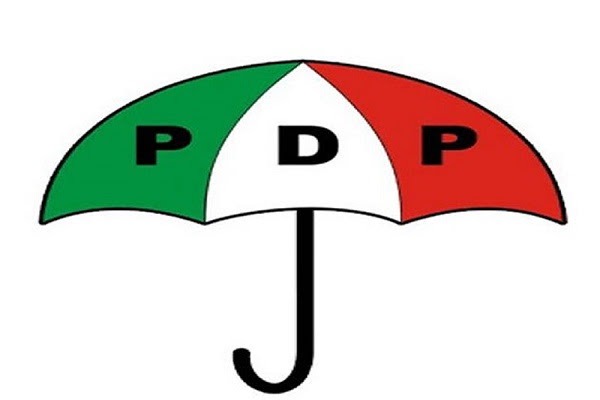 Adamawa Governor, Ahmadu Fintiri who made the revelation on Thursday said these party stalwarts were disqualified for takings the PDP to court at various times in the past. And they intended to stop the much anticipated national convention. This is contained in a report published by the Nation.

According to him, they had taken the party to courts without first exhausting the internal mechanism for settling whatever grievances they had.

Fintiri said: “The same constitution of our great party has also made a provision that if you have not exhausted Section 58 (1)l, you can be punished under Section 59 (1)e. So you can see that the screening committee has done what is needful of them"

However, one of the disqualified contestants, Muo-Aroh, a lawyer, said there was never a time that he took the party to court. The remaining two members Wale Oladipo and Dr. Olafeso are yet to respond to the allegations raised against them.