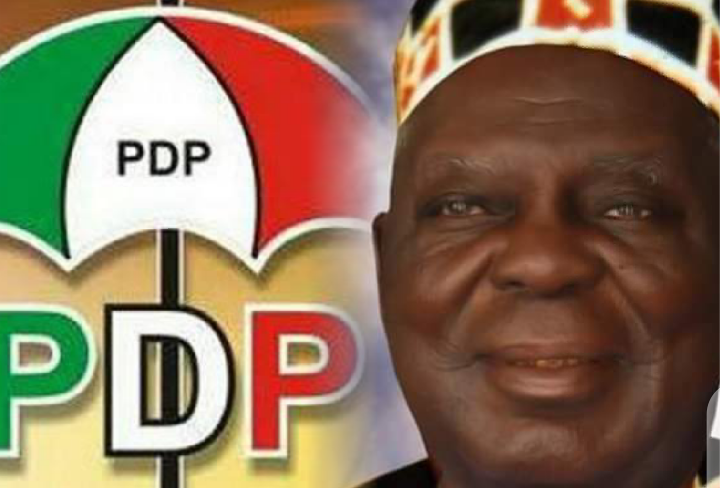 The PDP has described Saturday’s local government elections in Plateau as appointments and rape of democracy.

Mr John Akans, Plateau PDP Publicity Secretary made the declaration in Jos on Sunday when he spoke with News Agency of Nigeria (NAN). 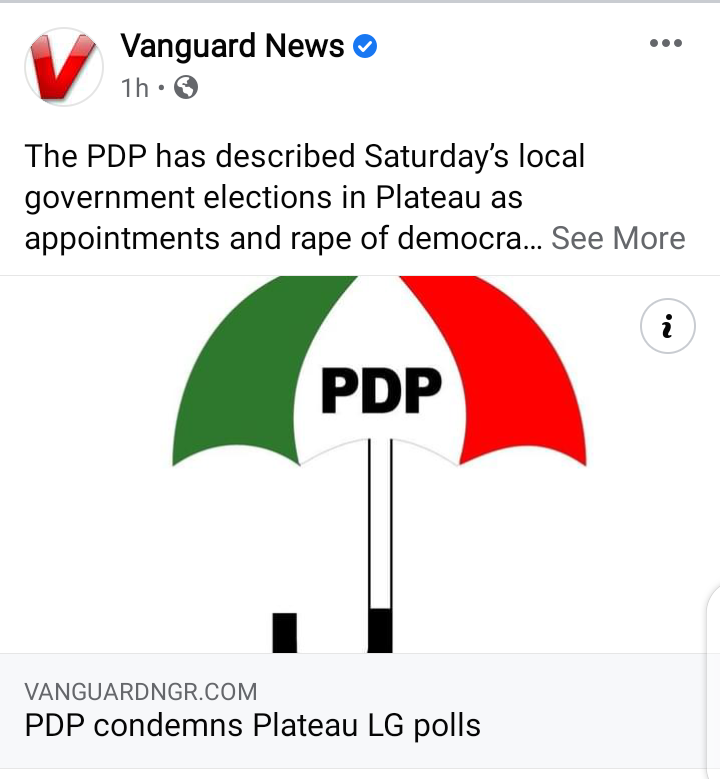 Mr Fabian Ntung, Chairman, Plateau Independent Electoral Commission (PLASIEC), who announced the results on Sunday, said that APC won all the 17 chairmanship and 325 councillorship seats at the elections.

Akans, however, told NAN that what were done were not elections but clearly selections and appointment of APC members.

The paramount ruler died at his palace in Wukari in the early hours of Sunday at the age of 84 years. 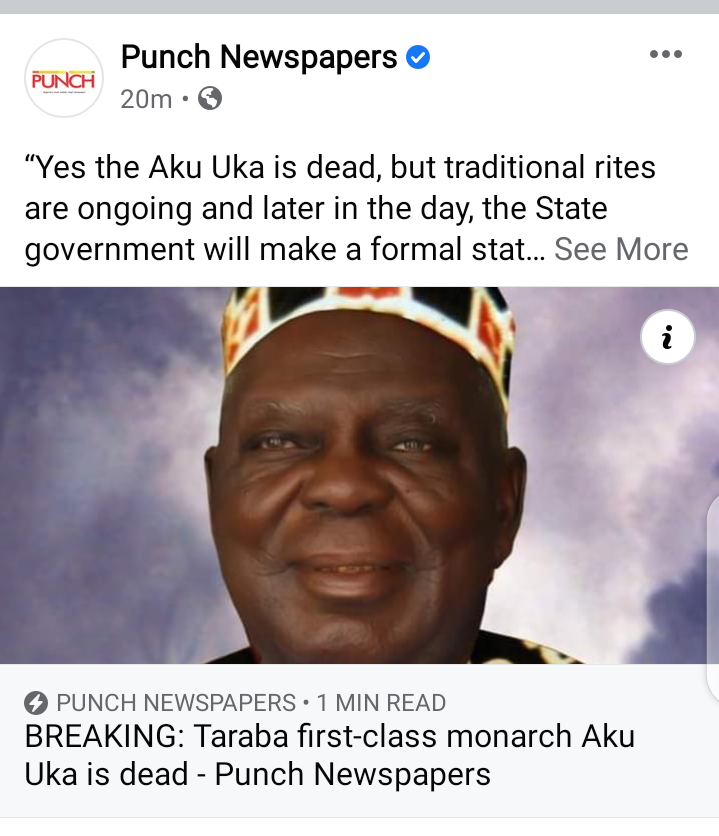 A titleholder in the palace and an adviser to the Aku Uka said the monarch died in his palace in the early hours of Sunday.

“Yes, the Aku Uka is dead, but traditional rites are ongoing and later in the day, the State government will make a formal statement to that effect,” the source said.

Socio-Economic Rights and Accountability Project has urged the President, Major General Muhammadu Buhari (retd.), “to cut the N26 billion presidency budget for the construction of the presidential wing at the state house medical centre, local and foreign travels, meals and refreshments, ‘sitting allowance’, and ‘welfare package’, and to use some of the savings to address the growing level of deficit, as well as improve public healthcare facilities across the country.” 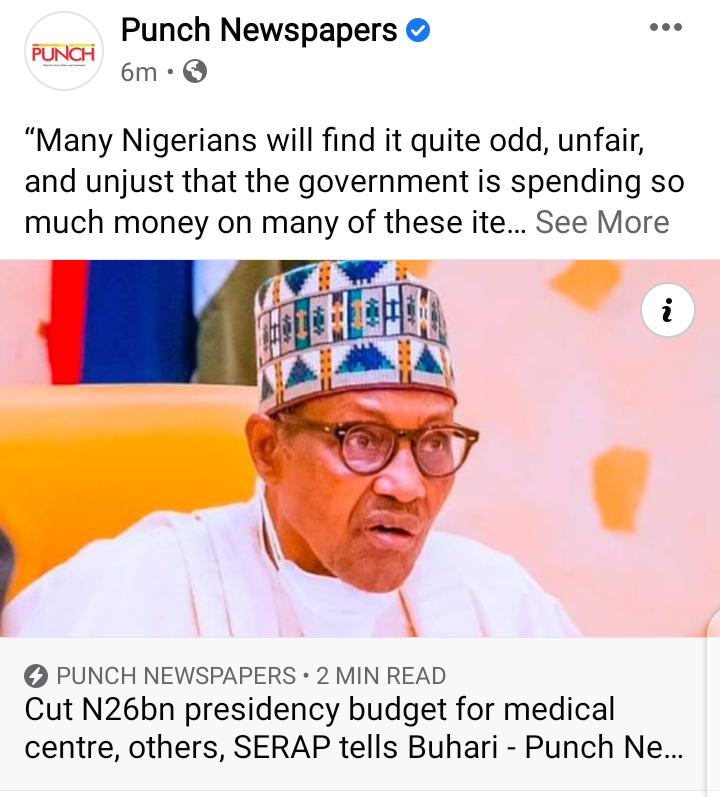 SERAP also urged him “to send to the National Assembly a fresh supplementary appropriation bill, which reflects the reduced proposed spending on the construction of the state house medical center, local and foreign travels, meals and refreshments, and ‘welfare package’, for its approval.”

In the letter dated October 9, 2021, and signed by SERAP deputy director Kolawole Oluwadare, the organisation said, “Many Nigerians will find it quite odd, unfair, and unjust that the government is spending so much money on many of these items in the middle of a public borrowing crisis. The proposed spending could be better allocated to improve access of Nigerians to basic public goods and services."

Also penciled down for the prestigious West African regional awards for their service to the nation and humanity are Chairman of BUA Group, Rabiu Abdulsamad, six outstanding state governors, three ministers as well as the two apex leaders of the National Assembly. 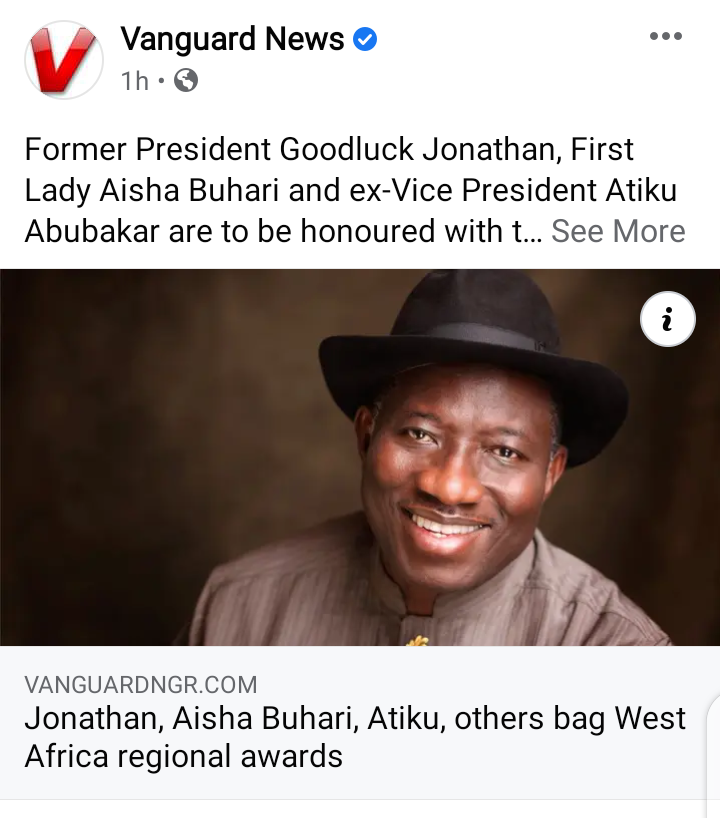 Prof. OBC Nwolise, Spokesperson and Chairman, WAKEOrg Award Selection Committee, said in a statement that the outstanding personalities were being recognised for “their bravery and independent mind to save Nigeria and deepen democracy, not minding the associated risks”.

While Jonathan will be honoured for his leadership wisdom and promotion of democratic ideals in Africa, Abubakar will be recognised for entrepreneurship and defence of democracy.