By Hajdar (self media writer) | 1 month ago

Nigeria's level of insecurity is perplexing, and many observers and professionals conclude that Nigeria is a failed state based only on this factor. 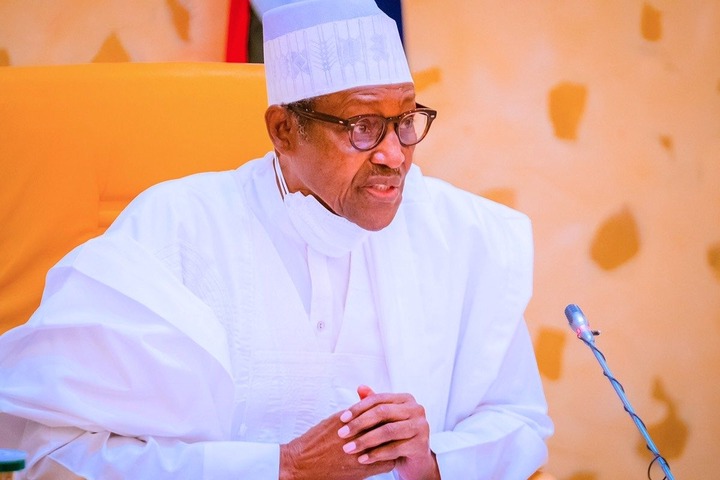 Many informed observers agree that the current administration has, for all intents and purposes, not only been playing second fiddle while the level of insecurity has deteriorated, but has also decided to play Russian roulette with our security by default.

Last week, Ali Ndume, a high-ranking senator from Bornu North, vowed to leave the country if the current systemic dysfunctions continue, accusing the federal government for failing to do enough to prevent the country's descent into near anarchy, exacerbated by hardship and poor governance.

Many Northern officials, unlike their Southern counterparts, had chosen to be diplomatic or rather play the proverbial ostrich on the problem of growing insecurity prior to this painful awakening.

Apart from Ndume's anger, the governor of Kaduna State, Nasir El-Rufai, criticized the federal government in a rare rebuke of the Buhari administration for dressing terrorists killing Nigerians in bandit toga.

El-Rufai praised the National Assembly's motion for the federal government to classify bandits operating in Nigeria's North West and North Central areas as terrorists. According to Mr. El-Rufai, such a declaration would allow the military to go all-out against the outlaws without fear of international retaliation.

Last Wednesday, at the presentation of the Kaduna State Security Incidents Report for the Third Quarter of 2021, the governor declared this. Sir Kashim Ibrahim House in Kaduna hosted the occasion.

"The Kaduna State Government has long supported the classification of bandits as rebels and terrorists." We've been writing letters to the Nigerian government since 2017 requesting this declaration since it's the statement that will allow the Nigerian military to fight and kill these criminals without fear of international repercussions.

"As a result, we support the National Assembly's decision and will follow up with a letter urging the Federal Government to proclaim these bandits and insurgents terrorists, making them fair game for our troops." The Kaduna State Government holds this position."

Despite the state government's investment in the state's security agencies, El-Rufai bemoaned that his state is still experiencing daily deadly bandit attacks.

“It is a source of deep sadness for me that our significant security efforts have yet to result in the defeat or, at the very least, significant degradation of the criminals who threaten our people.

"The State Government has committed capital expenditures to construct facilities that will allow security agencies to increase their capabilities to discourage crime and conduct effective investigations when it does occur," the governor added.

He called the third-quarter security report disturbing, saying it showed that despite the government's efforts, the situation has not improved.

"It is a grim study," the governor stated in his evaluation of the report, "showing the true misery of our citizens and communities, their sorrows and losses, and the concerns and anxiety that have caused tremendous distress."

"These data show that the security situation is still quite serious. This, in our opinion, necessitates a transparency requirement on the part of security managers. It recognizes our people's suffering, offers exact numbers on the kind and trend of security incidents, and informs the public about this unique problem."

Rufai urged the federal government to complete the planned recruitment of 774,000 young people in order to engage more young people and, as a result, improve Nigeria's security condition.

According to media reports, terrorists upped their game last week by detonating explosives on an Abuja-Kaduna train. The Nigerian Railway Corporation (NRC) announced on Thursday that suspected bandits detonated explosives on a section of the Abuja-Kaduna rail track on Wednesday, disrupting train services on the route.

According to the Nigerian Tribune, the NRC's Managing Director, Fidet Okhiria, claimed the explosives destroyed the rail track between Dutse and Rijana, an area where bandits had attacked multiple times along the Kaduna-Abuja route.

Shehu Sani, a former senator from Kaduna Central, had earlier claimed on his Facebook page that suspected bandits had assaulted the Kaduna-Abuja train. He claimed that on Wednesday evening, the criminals detonated an explosive that destroyed the rail track and shattered the train's engine's windshield.

On Thursday morning, the attackers began fire on the train, Mr. Sani said, targeting the driver and the railway's tank. “It happened between the stations of Dutse and Rijana. The driver tried to get to the Rigasa station in Kaduna.

"I was on board this morning when our train ran over another set of explosive-damaged railings. We narrowly escaped after the train nearly skidded off the track. "Until this issue is resolved, all Kaduna Abuja railway operations must be paused for today," Sani said.

The NRC had announced earlier on Monday that regular passenger service on the route will be reduced from ten to four daily flights due to maintenance.

"Let me be clear: Nigeria is a failed state. All indicators point to this." The issue of security is even worse. According to Professor Adeagbo Moritiwon, a public analyst and political scientist, "those friendly to this administration say the government is trying, but the fact points the opposite way."

Despite government efforts, he continued, Nigeria's security situation is deteriorating, with criminals of various hues posing a threat on all fronts.

"In fact, the continuing struggle between herders and farmers in north-central Nigeria has been estimated to be six times as deadly as the Boko Haram insurgency." The cause for this can be traced back to the Almajiri system, which encourages begging and a general mindset of children taking care of themselves at a young age, making them vulnerable to criminal recruiting.

"Northern leaders are to blame for the current situation. In comparison to its southern counterparts, Northern Nigeria has a small number of skilled youth. How can people who lack certain skills and education think for themselves?"

"Take the case of Kachalla Turji, one of the most well-known terrorists dubbed "bandits" by the government. According to many sources, he is a 27-year-old unemployed guy who has amassed millions via his terrorism. Turji's impunity and incredible money derived from kidnappings has become a cause of jealousy for other unemployed kids who have turned terrorists, according to Moritiwon.

"Apart from the nature of youth education, which allows begging in the Almajiri system, many youth shun Western education," Professor Aliyu Abdullahi, a sociologist and expert in criminology, told Business Hallmark. "In a region where many have no skills sets, it is easy for them to be recruited into pseudo interpretations of religion, and an easy prey to religious charlatans like Boko Haram."

Abdullahi went on to say that in Northern Nigeria, there is a lack of filial piety between dads and sons, particularly among the poor and uneducated, leaving youngsters vulnerable to the hostile environment.

Borders that are too porous, according to Abdullahi. "Another concern is the porous Nigeria-Niger border and challenging terrain. Nigeria's 1,497-kilometer border with Niger is poorly patrolled by the Nigeria Customs and Immigration Services. The porous nature of these borders increases the risk of terrorist actions from Burkina Faso, Mali, and Niger spreading into northwest Nigeria.

“The border's vulnerability to terror organization infiltration is exacerbated by the region's forest reserves. Surveillance is difficult due to the large, rocky terrain, scant population, and extensive foliage, making the woodlands suitable hiding locations and operational bases for terror groups.

"The illicit spread of weapons has a significant influence on peace and security in the region, and it raises the prevalence of terrorist operations."

The fragility nexus of poor governance, poverty, and climate change. In many cases, the rise in violent attacks in northwest Nigeria is a consequence of weak, exclusionary, or exploitative government systems.

Professor Adebisi Mokikan, a political scientist at Kogi State University, informed this medium that "compounding issues include insufficient institutional capability within the police; high inequality, poverty, unemployment; and citizens' estrangement from the government."

The Christian Association of Nigeria accused the almajiri system in the north for the rise in banditry, kidnapping, terrorism, and armed robbery in the country just a few weeks ago.

In a conversation with media in Abuja last month, the chairman of CAN in Imo State, Rev. Dr. Eches Divine Eches, claimed this. According to him, banditry and kidnapping are on the rise as a result of the authorities' failure to pay greater attention to the crucial issues contributing to the country's widespread insecurity.

Eches also raised alarm over Sheikh Ahmed Gumi's ties to the Northwest's bandits, as well as the government's claimed inability to arrest and admonish him for his numerous "unguarded remarks" about their operations.

“You can't have an Almajiri system for life and government,” he said, adding that for the past 40 years, our country has been growing up people who have no ties to their families, hometowns, or nations.

"They're all over the street, and you have no idea that one day they'll leave the streets and head into the bush, where they'll start doing kidnappings."

"You can't have the likes of Gumi, a religious professor, going around advocating banditry in any normal nation, and you don't imagine this will continue." That is, nevertheless, what we are witnessing now. We haven't seen anything other than what we've planted so far.

"These bandits we found today were the Almajiri who used to be begging for food in front of our houses."