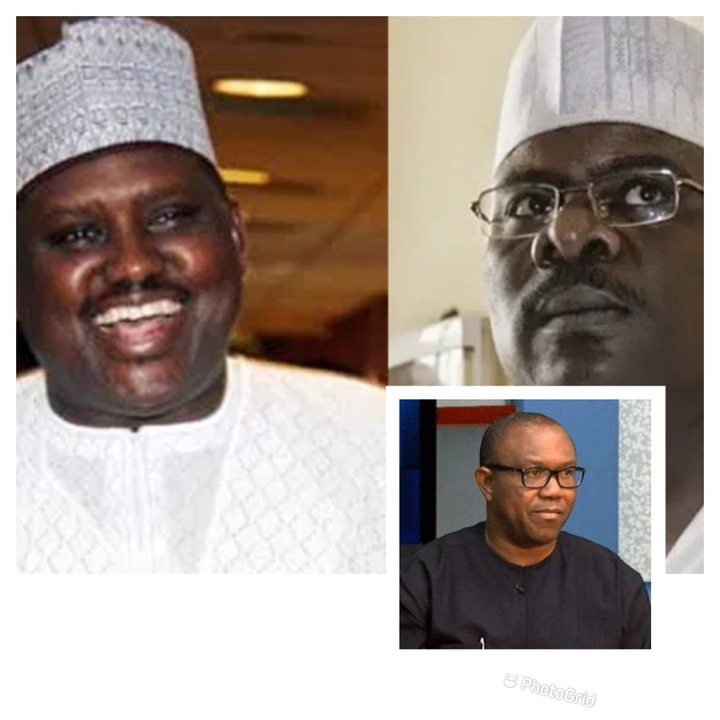 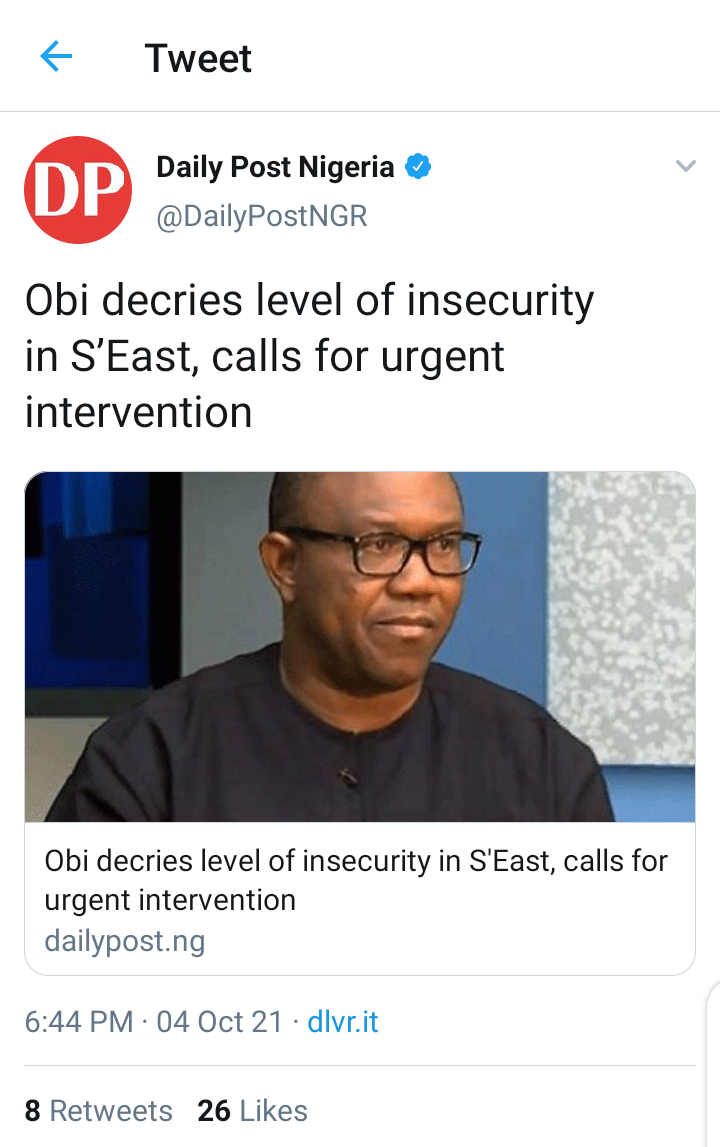 Former governor of Anambra State, Mr Peter Obi, has decried the level of insecurity in the South East Zone of Nigeria, describing it as disheartening.

Obi said there is a need for urgent stakeholders meeting in the South-East, to discuss salient issues pertaining to the recent wave of violence in the region.

The former governor in a press release signed by his media aide, Mr Valentine Obienyem called on different political, religious, traditional leaders and other stakeholders of the South-East to come together and tackle the monster of insecurity currently contending with the peace of the region and unity of the Igbos. 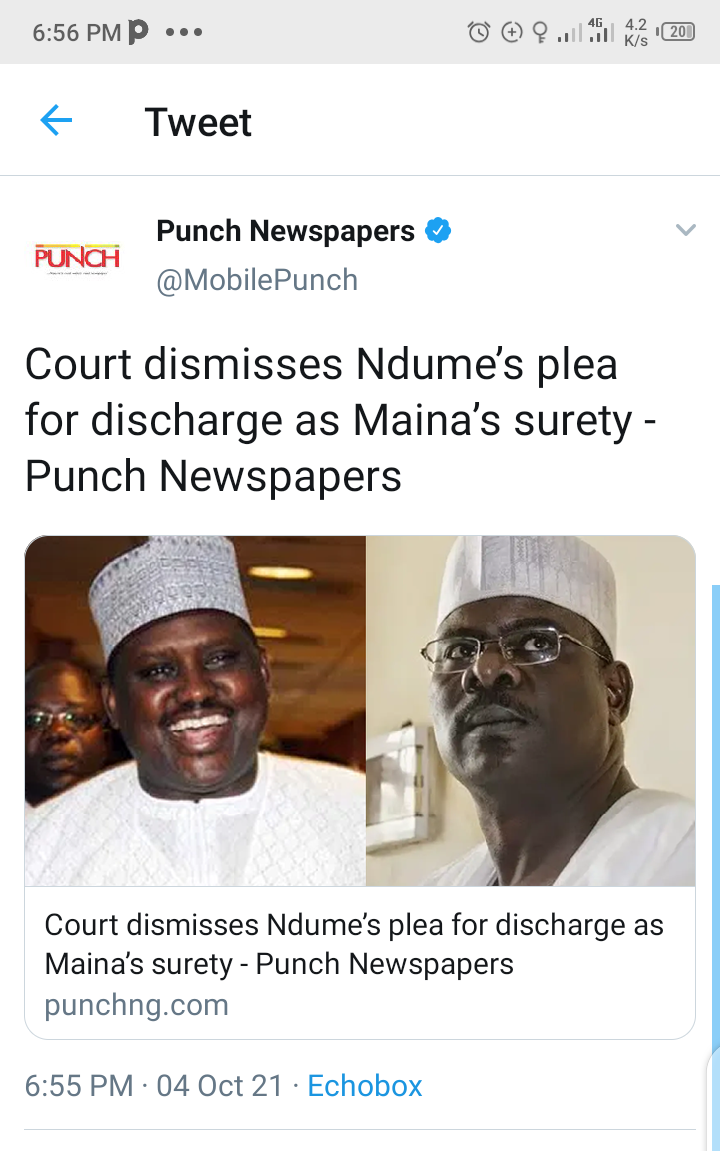 A Federal High Court, Abuja, on Monday, dismissed the application filed by Senator Ali Ndume, seeking an order to discharge him as Abdulrasheed Maina’s surety, after he jumped bail.

Justice Okon Abang, in a ruling, held that the application filed by Ndume amounted to an abuse of court process, having filed an appeal before the Court of Appeal, Abuja on the same matter.

The News Agency of Nigeria reports that Maina, chairman, defunct Pension Reformed Task Team (PRTT), had, around September 2020, jumped bail after he was released from Kuje Correctional Service Centre on July 27 nine months after he was arraigned. 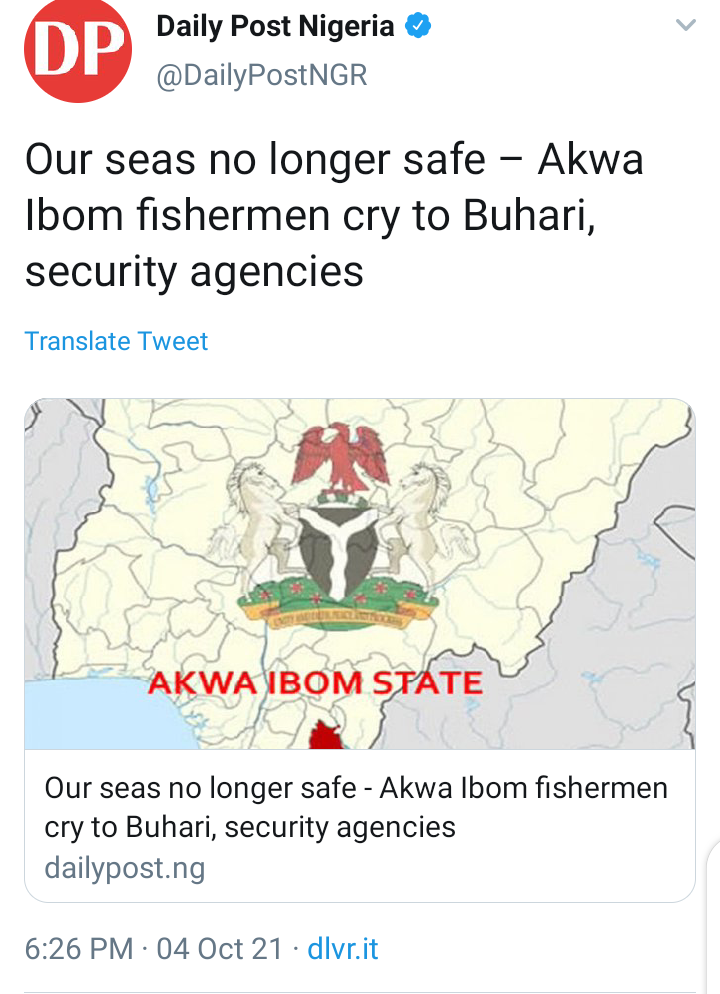 A fishing community under the auspices of ‘Watch Out Fishermen Coperative’ in Ibaka, Mbo local government area of Akwa Ibom state on Monday raised alarm over persistent attacks and abductions by sea pirates on their waterways.

The fishermen said their sea is no longer safe for their businesses due to the abduction of members on a daily basis.

DAILY POST has reported the abduction of four fishermen in Ibaka last week including three Ghanaians and one Nigerian.

The victims were reportedly released on Sunday after a sum of Three Million, Five hundred thousand naira was paid as ransom. 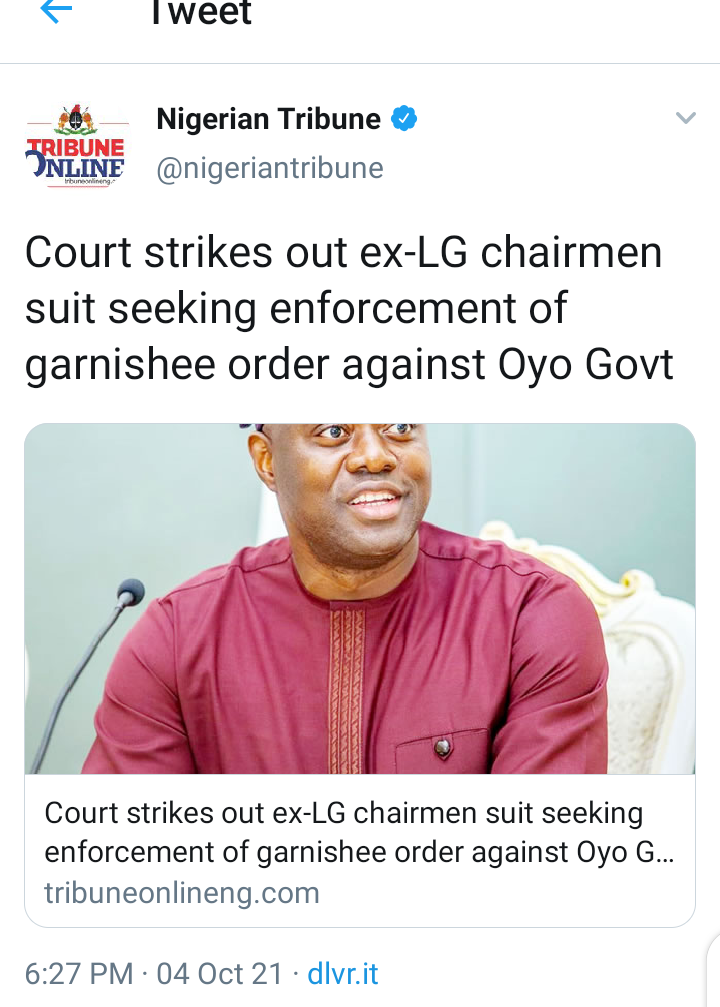 Justice Ademola Adegbola of the Oyo State High Court sitting in Ibadan on Monday struck out an ex-parte motion filed by the 68 former council chairmen in the state, asking for an order to garnishee the account of the state government over what they described as Governor Seyi Makinde’s refusal to comply with the Supreme Court judgment, mandating the state government to pay all their salaries and entitlements till their last day in office.

Justice Adegbola while ruling on the application of the chairmen struck out the suit on the grounds that the sum of N7, 345, 072,979.69, claimed by the applicants in their reliefs was not stated in the Supreme Court judgment.

The court had held that garnishee proceedings must be certain and imputed, adding that it can’t be left to conjectures.