By FranklySpeaking123 (self meida writer) | 1 months 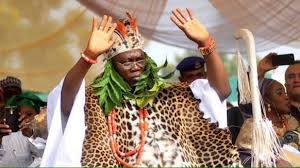 Coming on the backdrop of increasing cases of kidnapping and murder at the hands of Fulani-herdsmen in some states in the South-West, a new group has been formed to compliment the efforts of South West Security Network, Amotekun and other existing security agencies.

The group is to be known as the South-West Stakeholders Group and is to be led by the Aare Ona Kakanfo of Yorubaland, Iba Gani Adams.

The group was unveiled on Wednesday, when Yoruba leaders which included Monarchs, Chiefs, Policy makers, Politicians and technocrats gathered at Ibadan for a Pan-Yoruba Congress.

This new group will see the various Socio-cultural groups, members of traditional institutions, and groups such as the Agbekoyas, Oodua People's Congress, Soludero hunters and other local vigilante groups, all rolled into one common platform.

The emergence of the platform was considered necessary by all present at the meeting, as it became clear that already existing security agencies, Amotekun included, were facing a hard time dealing with the security challenges beguiling the Yoruba nation.

The Secretary to the Yoruba Council of Elders (YCE), Kunle Olajide, seized the occasion to present a communiqué from the council.

According to the communiqué, the council described the forests of Yorubaland as sacred and as such, the Yoruba people will not cede an inch of her forests to anyone.

The Congress also took time to warn governors of the Southwest to be cautious in implementing The National Livestock Transformation Plan proposed by the Federal Government, noting that lands of the region should not be ceded without proper consultations and compliance with laws of the land.

Meanwhile, Gani Adams called for Traditional rulers of Yorubaland must take the threat to the region as a matter of serious concern.

He called for unity among Pan-Yoruba groups and among the Yoruba people in general, if the SouthWest is to move forward.

#JusticeForPrecious: FFK blasted at an event by participants over treatment of Ex-wife. 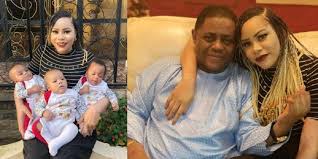 Former Minister of Aviation, Femi Fani-Kayode was treated to a barrage of insults and verbiage by participants at an event that took place today.

'FFK' as he is popularly called, was a Guest Speaker at the 5th edition of Democracy Youth Roundtable Conference on Thursday, as online participants hauled insults at the former Minister as soon as he began his speech.

Though the event took place at the National Merit House, Maitama Abuja, the Nation's Capital Territory, most participants were allowed to join the conference virtually via Zoom. FFK was also scheduled to deliver his speech virtually from his residence.

However, the event which had a few notable politicians in attendance, took quite a bizarre turn when FFK began his speech.

Online participants began bombarding the co.ment section of the Zoom app with #JusticeForPrecious, among other insults.

This action continued untill the very end of the former Minister's speech.

Recall that Femi Fani-Kayode has been having a running legal battle with his Ex-wife, Precious Chikwendu, after the latter accused the former minister of verbal and physical assaults while they were married.

The lady also filed a lawsuit seeking custody of their four children and a monthly upkeep of N3.5 million for the kids.

FFK promptly denied any wrongdoing, rather he accused his estranged wife of being promiscuous.

We're fighting Insurgents with Weapons surrenderd by the Biafran Army to Nigeria 51 years ago - Nigerian Soldier. 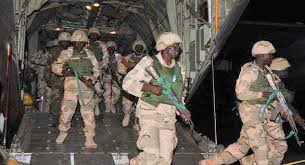 As the battle for the soul of Nigeria continues to rage between men of the Nigerian Military and Northern Insurgents, a Nigerian Soldier has shed some light on the true situation of things in the NorthEastern region of the country.

The Soldier who spoke to SaharaReporters under the condition of anonymity, said the troops still use guns recovered from the Biafran Army after the Civil war ended in 1970, to fight Boko Haram

According to the Soldier, top Army officers, including former Chief Of Army Staff, Tukur Buratai, were using the Boko Haram war as an enterprise to enrich themselves at the expense of their lives.

He also revealed that some of the Bombs given to them by the former CAOS were manufactured over 50 years ago as well and they (the Soldiers) hardly use them.

Recall that the Army had recently accused 149 Soldiers of 153 Infantry Battalion, Marte of abandoning the frontline battle with Boko Haram insurgency and fleeing over alleged inadequate provisions of arms and ammunition. 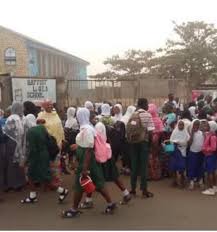 The President of Kwara Baptist Conference, Reverend Victor Dada, has warned the AbdulRahman AbdulRazaq led administration as well as Muslims in the state not to take the gentleness of Christians for weakness.

This statement is coming on the heels of a the clash which broke out between Christians and Muslims over a disagreement as regards the use of hijab by Muslim students in Christian schools in the state.

Dada reteiterated that no amount of pressure will make the Christian schools allow the use of hijabs, noting that their schools are funded by grants as private entities and are not public schools.

He pointed out that for the past 15 years, the Kwara state government has been employing Islamic religious teachers in public schools, while teachers for Christian Religious Knowledge (CRK) are not employed.

Dada went further to point out that at no time has any government designed school uniforms for private schools since the grant aiding policy was put in place in 1974. According to the Reverend, this has always been the responsibility of the school proprietors, be it community or mission schools.

Meanwhile, Christians in the state have vowed to continue the protest against the use of hijab, as they continue to occupy the 10 mission schools in the state. A Christian Association of Nigeria (CAN) representative in the state disclosed that the association will continue it's protest untill their demands are met by the Kwara State Government.

Aisha Buhari returns to Nigeria after six months in Dubai. 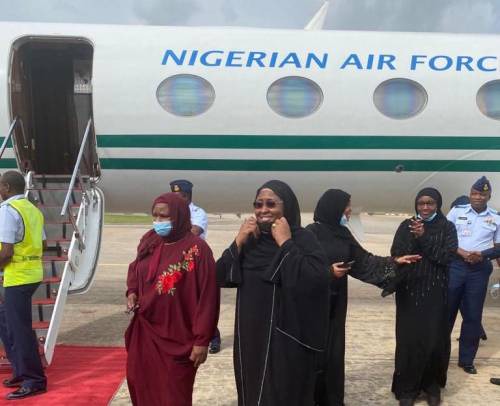 First Lady to the President, Aisha Buhari has returned to Nigeria, after spending 6 months in Dubai, United Arab Emirates. The First Lady had quietly relocated abroad after one of her daughters, Hanan, got married last year September.

Earlier reports had it that Aisha relocated abroad as she felt that Aso Rock Villa was not safe for her and her family. Reports also had that her decision was prompted by a shooting incident in June, which caused panic among occupants of the Villa.

Over 60% of microfinance banks will shut down – NAMB President

Unknown Gunmen: Another Police Station Attacked In Abia, As Policemen Now Wear Mufti Due To Fear.

Use This Process To Prepare Your Lightening Soap At The Comfort Of Your Home.