By Kemson (self media writer) | 1 year ago 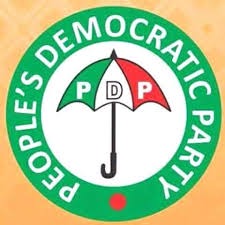 The PDP LGA Congresses Electoral Committee led Senator Ike Ekweremadu has declared that the dispute over the list of ward delegates for the July 22 Ondo state governorship primaries of the party has been resolved.

The former Deputy Senate President also announced that the party would still conduct it primaries in the state as scheduled since the issue of ‘doctored’ delegates list had been amicably resolved by stakeholders.

The Enugu Senator told newsmen in Akure, the ondo state capital, that his panel had successful carried out its assignment in the state.

The Ekweremadu’s Committee set up by the National Working Committee (NWC) of the People’s Democratic Party (PDP), is mandated to elect (1) National Delegate and (1) Persons Living with Disability in each of the 18 LGAs for the upcoming 2020 Governorship Election in Ondo State.