How Okupe revealed a political event that will indicate the failure of PDP which should be avoided.

Ahead of 2023, major political parties like the ruling All Progressives Congress and the major opposition which is the Peoples Democratic Party are working earnestly to ensure they remain politically relevant in the political environment of the country. For APC, their major desire is to retain the apex political position in the country for another four years, and also to unseat PDP in most of the states in the country. Whereas for PDP, the aim is to get hold of the presidential seat after eight years rule of APC and as such, both parties must be taking every smart and strategic step to achieve their aim by 2023.

That being said, it is good to point out that any political situation that will distract either the PDP or the APC from achieving their aim by 2023 has to be avoided. As such, this article will be discussing a political event in which Doyin Okupe a top PDP politician recently revealed that if it occurs again, it means that PDP has failed and it will be disastrous to the ambition of the party in 2023. According to Doyin Okupe who was former spokesman to President Goodluck Jonathan, if PDP loses another governor (defection) to APC or any other political party, PDP as a party has failed. Doyin Okupe made this revelation while having a chat with Punch Newspaper. 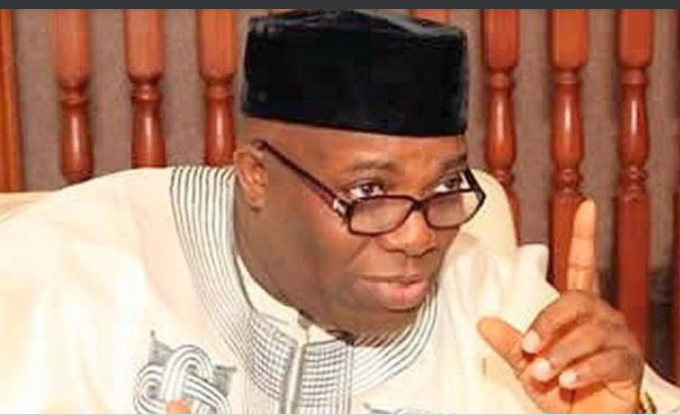 This revelation by Doyin Okupe is a fact because for a top political party like PDP to lose another governor to APC or any other party means that the party is not ready to stand tall and compete by 2023. Note that when a governor leaves PDP he leaves with a large number of loyalists and supporters and this is not healthy for the party. PDP as a party needs the maximum support from its various governors to achieve its political aim by 2023.

Therefore, the leadership of PDP must ensure that the remaining governors in PDP are closely monitored and engaged to avoid being lured to APC. A recent typical example of how PDP is avoiding the defection of another governor could be the case of Governor Seyi Makinde of Oyo State who is currently having disagreements with some aggrieved party members in Oyo State. Hence, the deputy governor of Edo State Mr. Philip Shaibu who is the Chairman of the Committee set up by the PDP headquarters to conduct the ongoing ward congress in Oyo State revealed to media outlets that he was also sent by the party to the state to find ways of reconciling all the aggrieved members of the party in the state. If the disagreement Governor Seyi Makinde is having with the party aggrieved members in the state is not quickly addressed, this could lead to the defection of the governor to another party and thus portraying PDP as a failed party just like Doyin Okupe revealed.