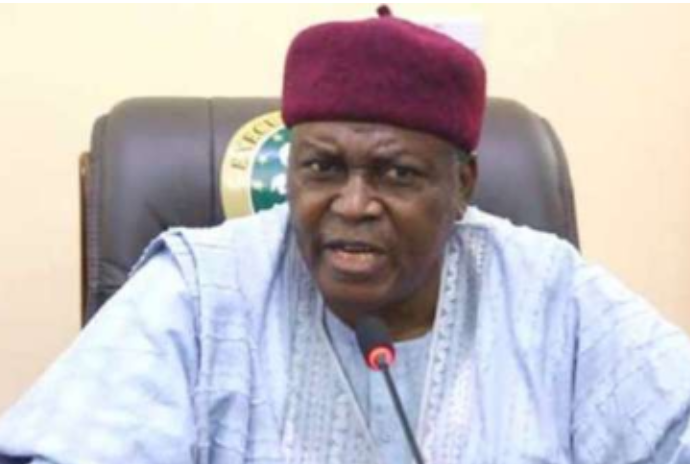 The Former Senator representing the Taraba North, who was kidnapped has cried out from the place he was kidnapped, he called out to Governor Darius Ishaku to rescue him and pay the ransom.

The Former Senator, Honorable Ambonu Sunday, who was senator for 4 years (2003-2007) has requested Governor Ishaku to pay the Sum of Fifty Million Naira (N50million) ransom that was demanded by the kidnappers for his freedom from the captivity.

Recall that Ambonu was abducted by the kidnappers in his village (Bachama), at the Karim-Lamido LGA of Taraba State. And according to the report by the police he was abducted at about 1.30 am last week Saturday.

After which the kidnappers had contacted a 'Federal House of Representatives' member from the area he was abducted (Karim–Lamido/Ardo-Kola). The Representative member contacted, in person of Danladi Baido, was called upon to assist them in their bid to request for the ransom cash.

The kidnappers initially demanded a sum of 100Million Naira as ransom, before it to was reduced to half when he already spent a week with them and the ransom was yet to be paid.

The former senator was heard speaking with fear and a shaking voice in an audio record of the kidnappers’ threats that was played by a source.

According to the video, the ex-senator said: "Please help; please talk to Governor Darius Ishaku to save me; also talk to Hon. Danladi Baido and any of my friends to bail me out of this place. Even if it means refunding the money, I will pay them back when I get out of here." 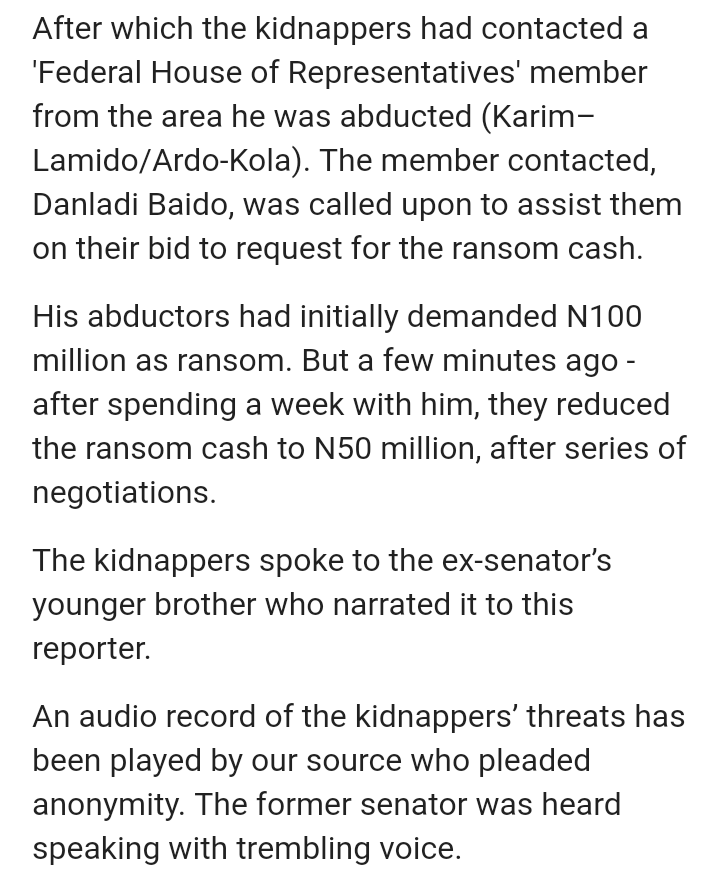 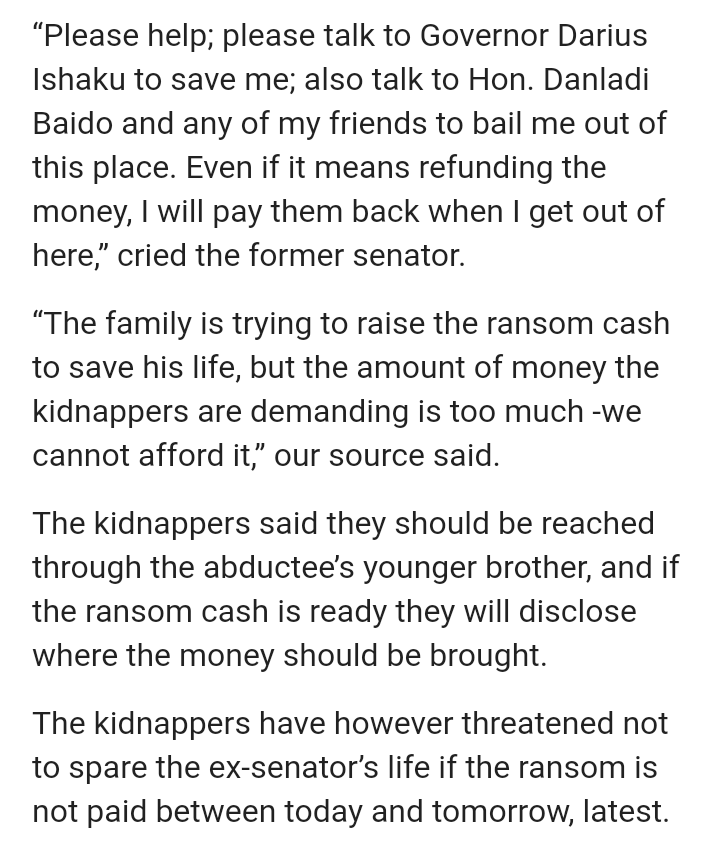