President Samuel Doe And The Liberian Purge Of 1980

By FrankChukwu (self media writer) | 16 days ago 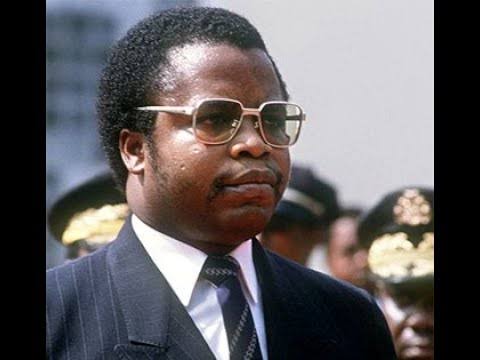 In 1980, 10 years before president Samuel Doe of Liberia met his fate, he had presided over the public execution of most of the members of the cabinet which he had overthrown.

Doe overthrew William Tolbert on April 12, 1980, to become Liberia’s first native president. Tolbert himself was shot while he slept, either in bed or in his office.

Most members of his cabinet were captured and tried for different crimes and there are videos of the trial. At one point, the judge told the defendants to ‘keep it short.’ He then found them guilty and recommended their execution. The gruesome execution was televised.

The ministers were marched through the streets as the citizens lined up to jeer at them. They were taken to the public beach where they were ordered to stand next to the installed poles and remove their shirts. The men were tied upright to the poles. Soldiers then lined up to form a firing squad.

At the first barrage of gunfire, only one man, Cecil Denis, stood. The others died, with their bodies slumped on the posts. Two other soldiers the shot Dennis again with an Uzi and a pistol. The firing squad continued firing, shooting the minister at least 60 more times.

One of the people who survived the purge was Ellen Sirleaf, the previous president of Liberia and the only female president in Africa, she was Tolbert’s minister of finance; Sirleaf believes she survived because her mother had once given Doe and his men water to drink. The water that the mother of Sirleaf once gave to Samuel Doe and his men, was what moved the president to compassion towards Sirleaf when the others were arrested and executed.

Samuel Doe was later executed in public by a rebel force, led by a man named Johnson. After overpowering the capital of Monrovia, Johnson captured Doe and made an infamous spectacle of torturing him. The torture session was videotaped; as his soldiers cut of Doe’s body parts, Johnson sat in a chair laughing and drinking beer.