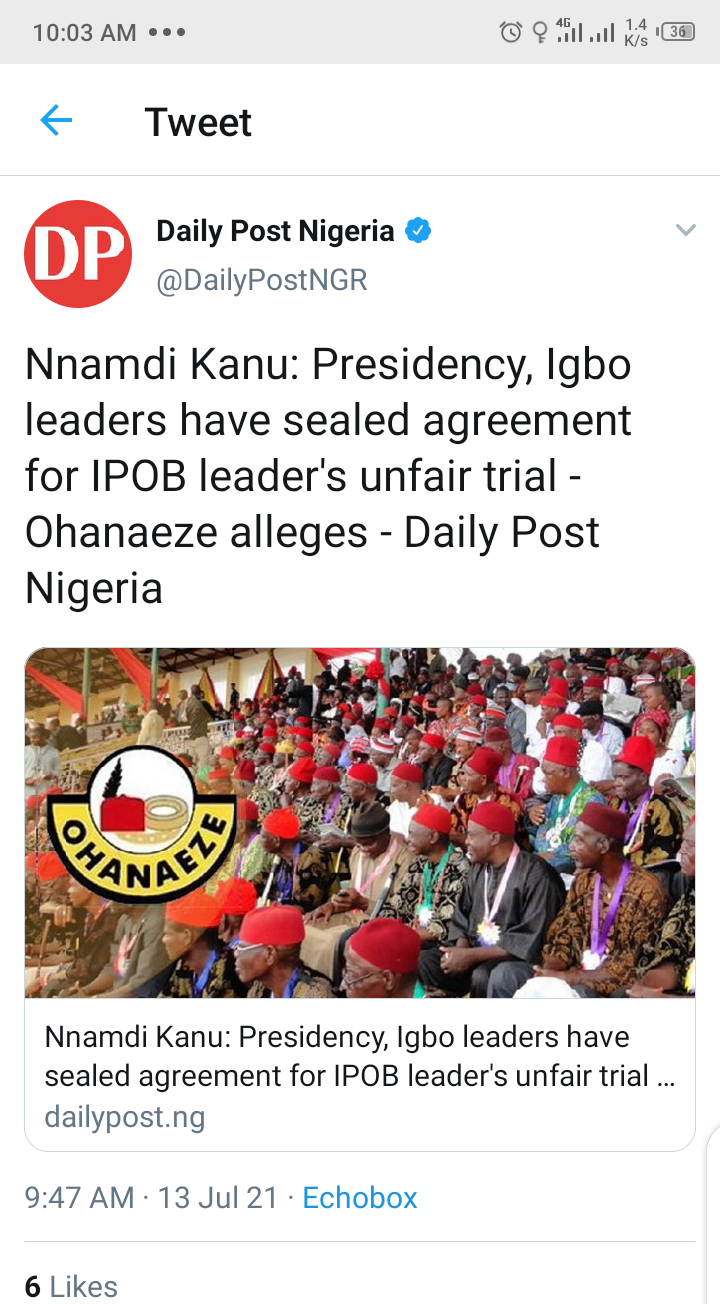 The group said this in a statement signed by Mazi Okechukwu Isiguzoro, its Secretary-General and made available to DAILY POST on Tuesday.

Ohanaeze said the recent response from the Attoney-General of the Federation and Minister of Justice, Abubarkar Malami, was an evidence to its earlier warnings about the hastily but craftily packaged moles in the legal team of the IPOB leader. 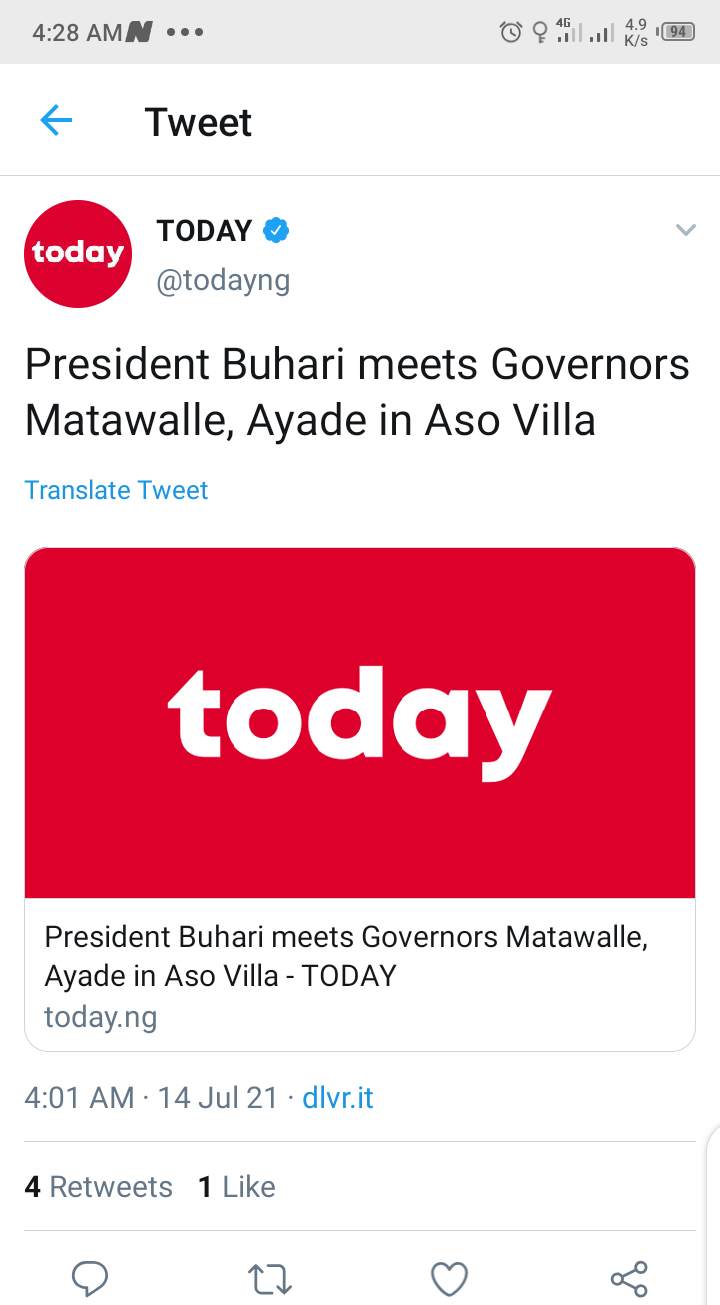 President Muhammadu Buhari has received the Governor of Zamfara State, Bello Matawalle, and his Cross River State counterpart, Ben Ayade, at the State House in Abuja on Monday.

Both governors recently dumped the main opposition, the Peoples Democratic Party for the ruling All Progressives Congress.

Though the details of their meeting are yet to be known, photos were, however, shared on the Facebook page of the Nigerian Government.

Governors To Meet Wednesday On PIB, Judiciary Autonomy, Others 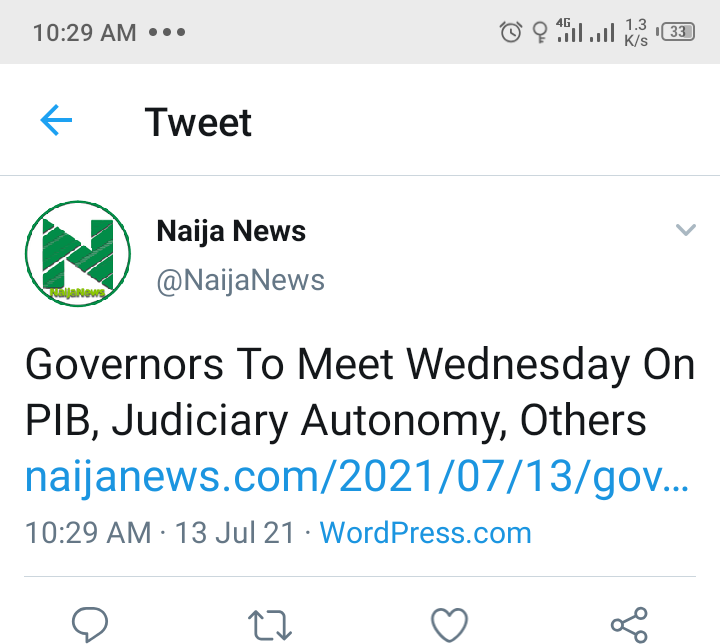 The Nigeria Governors’ Forum (NGF) will on Wednesday meet to deliberate on the recently passed Petroleum Industry Bill, 2021, the legislative and judicial autonomy as well as Executive Order 10.

In a statement on Tuesday issued by the NGF Director-General, Asishana Bayo Okauru, the teleconference meeting will be chaired by the NGF Chairman, Governor Kayode Fayemi of Ekiti State.

Okauru noted that the governors will review the Memorandum of Action, which was signed, months ago, in a series of meetings between the governors, members of JUSUN, PASAN and the Minister of Labour and Employment, Senator Chris Ngige.

I Have Nothing To Do With Ataga's Death - Chidinma 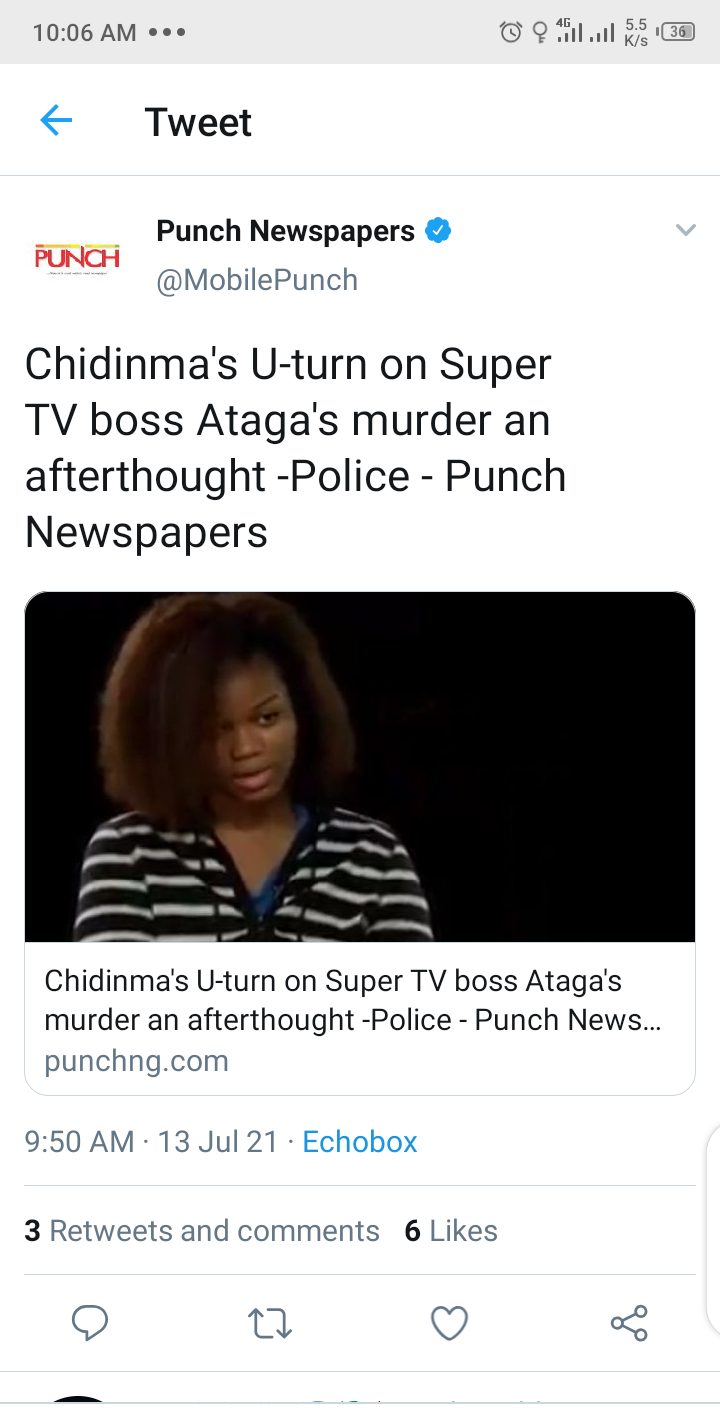 The Lagos State Commissioner of Police, Hakeem Odumosu, has described the new claims made by Chidinma Ojukwu, the suspected killer of the Chief Executive Officer of Super TV, Usifo Ataga, as an “afterthought”.

In a video that went viral on Monday, the undergraduate denied killing the Super TV CEO – a claim that is contrary to her initial confession.

When she was paraded at the police command headquarters on June 24, the suspect had admitted to stabbing the 50-year-old in the neck with a knife after a disagreement.

She said, “Before I was leaving, he stood up to lock the door, but when I got in, I was knocking, and when there was no answer, I opened and the door was already opened, as it wasn’t locked; the duvet and pillow were on the floor.

“The couch was facing the door and the bed was stained with blood already. The floor where he was was filled with blood and then music and TV were on. The room was already disarranged like someone broke in, then I saw him on the floor. 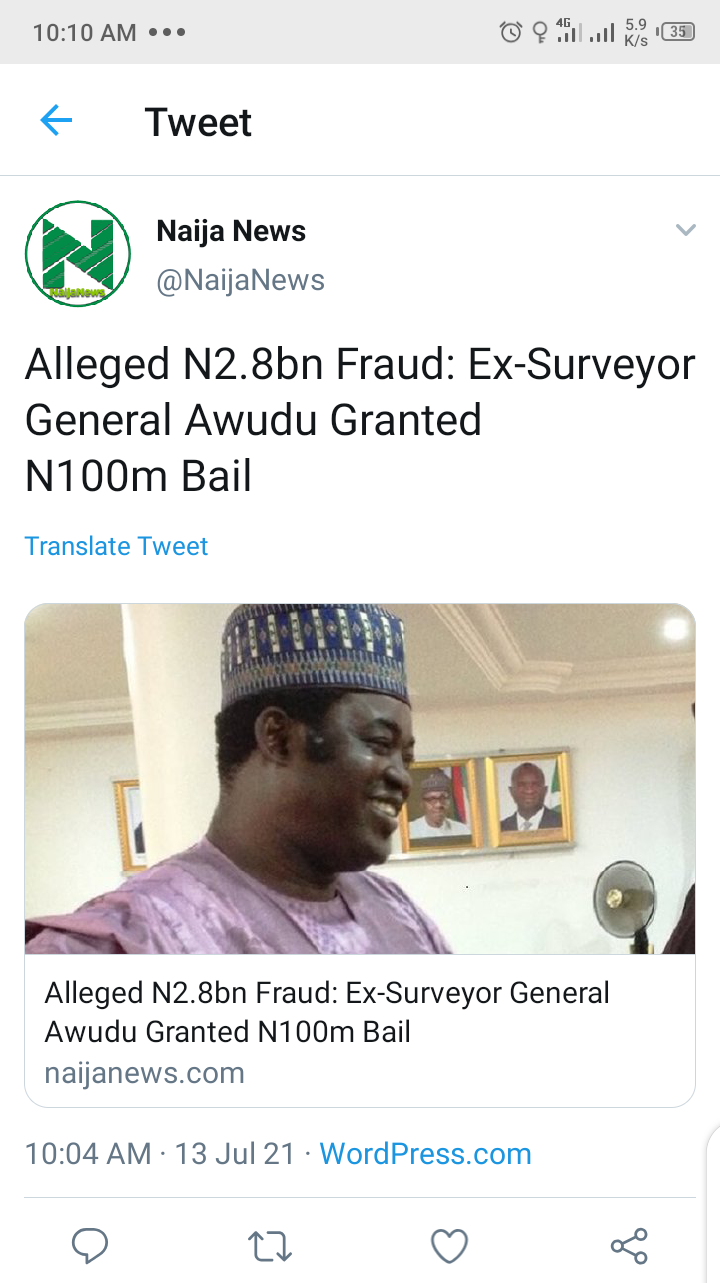 A former Surveyor-General of the Federation, Ebisintei Awudu, has been granted N100m bail by a Federal Capital Territory (FCT) High Court in Maitama.

Naija News earlier reported that the Independent Corrupt Practices and Other Related Offences Commission (ICPC) had arraigned Awudu before Justice Olusegun Adeniyi, on a 22-count charge of fraud.

He is accused to have awarded multiple contracts worth over N2 billion to a company in which he was a director and shareholder as well as to relation and associates. 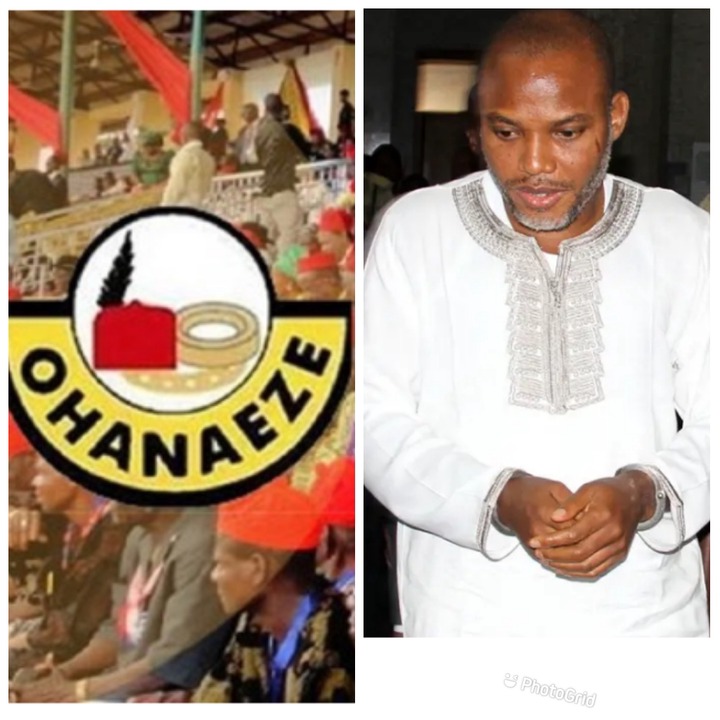 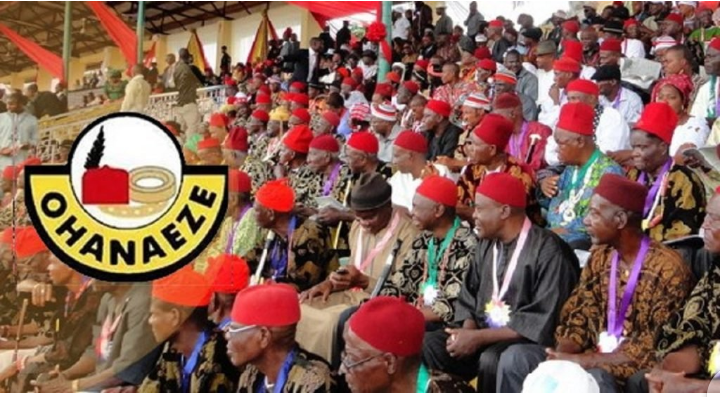