Billionaire oil magnate, Prince Arthur Eze, has threatened to sue the Anambra State Governor, Willie Obiano, for allegedly shortchanging traditional rulers in the state. Eze stated this during a meeting with monarchs in the state on Sunday at the palace of the traditional ruler of Ukwulu community, Igwe Peter Uyanwa, in the Dunukofia Local Government Area of the state.

Gov. David Umahi of Ebonyi on Monday announced that he would disengage from service some categories of aides, numbering more than 1,000, on Aug. 1 due to non-performance in their duties. Umahi made the announcement in Abakaliki during a virtual swearing-in of some Special Assistants and Caretaker Chairmen of Local Governments, among others.

Factional Chairman of the All Progressives Congress (APC), in Imo Daniel Nwafor, has urged Gov. Hope Uzodinma to wade into the lingering crisis currently rocking the party in the state. Nwafor made the appeal in an interview with newsmen in Owerri while speaking on the Thursday’s judgment of an Abuja High Court, which struck out an application by Marcon Nlemigbo-led faction of the party in the state.

political offices has become the order of the day in Nigeria, an equitable consensus would follow that the Igbo in particular will produce the president of Nigeria 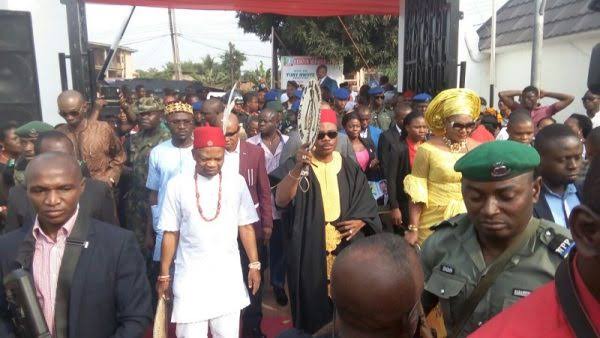 come 2023. But such zoning convention has begun to beg the question: Would the candidacy be open to the entire Igbo nation or would such opportunity be limited to the South-East zone of Nigeria