What are the security challenges in Benue, and Kastina States after the death of Gana?

By Mpuz7_Metro (self media writer) | 1 year ago

There have been serious argument caused by the actions taken by the special Operation AYEM APKATUMA III of the Nigerian military. Which has attracted so many reactions from many Nigerians. The killing of the Dreaded militia leader in Benue State, has also attracted so many opinions especially when Governor Ortom of Benue State condemned it and calls for the immediate release of the 40 arrested gang members with all the ammunition found with them. This condemnation came after the Nigerian military killed the Dreaded militia leader Terwase Agwaza a.k.a. Gana, in Gboko. For Gana was looking forward to the state government's amnesty program.

Gana, would be described as someone who was giving up on crime for the second time. He had earlier surrendered and was pardoned by the state but when his relationship with the government counterbalanced he went back to bush again, that's a criminal's mind for you.

Gana who was in the past accused of killing the government's aide Denen Igbana, and also accused of masterminding criminal activities in a large swathe of the state. He wasn't killed by the military when he was declared wanted, why was he killed by the military now that he has given up on crime and on his way to grab the government's amnesty reward. See photos of Gana, the repentant militia leader here. Why has the killing of Gana caused so many reactions, my opinions!

1—The military killed him on his way to meet and surrender to the government.

He was declared the most wanted criminal in Benue State but since then, the military have not killed him nor accounted for his way about. Due to this, an agreement was reached by the state government which was to reward any repentant criminal in the state which included Gana and his members. The military snatched his life and described the incidence as firefight.

2—It will discourage more repentant criminals and there by exposing the state to more attacks.If care is nothing, this unjustified act would cause more loss of lives and property in the state. The military has given themselves more task in fighting the insurgency in the state. A time like this, is usually when they fight back. Since most of them have fixed their eyes on the amnesty program the military should allow them to embrace the opportunity to repent. At least repentant Boko Haram members were of recent recruited. Why can't they?

3—The act of killing him now looks cowardly, someone who was on his way to surrender. They should have killed him when he was earlier declared wanted. Or is there something more to it which the military have not actually disclosed to the public.

4—They have uttered the desired aim of the amnesty program making it look deceitful to trap and arrest them.

The aim of the program wasn't to kill repentant criminals. It was to reward them and accept them. It is believed that they could be of help in defeating future criminals. So, by killing Gana and arresting his members, the aim of the amnesty program have been uttered. The military should do like Governor Ortom has pleaded. 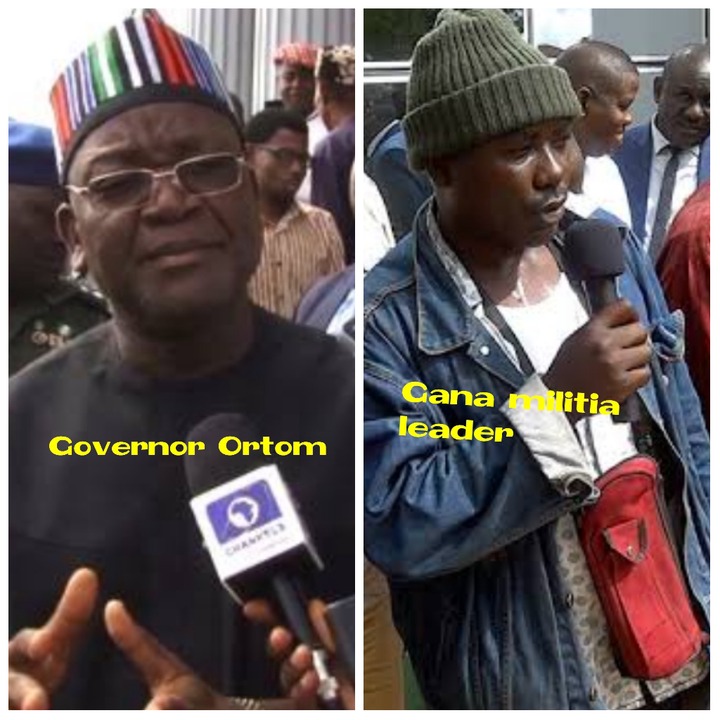 The military should release the remaining 40 members they have arrested with all ammunition recovered from them. They should be allowed to get the amnesty reward put in place by the government and watch how more criminals repent in the state.

On the contrary, the military had their own reasons for killing him. Gana had made life very unbearable for the people or Benue and Kastina state. In fact he doesn't deserve the first pardon he received but every finger is condemning the military for not killing him on their own gallantry force. I believe that the gang leader didn't embrace the amnesty wholeheartedly. Since he kept back some of his men in the bush. Again in support of the military, no such dreaded criminal deserve such pardon. But for the fact he surrendered to the authority, he should have been spared one more time.

What is your opinion on this, is the killing of Gana by the military good or bad? Share your opinions.