Hope Uzodinma, Nwajiuba may back Onyirimba against Araraume

By MaaziLLCNgR (self meida writer) | 6 months 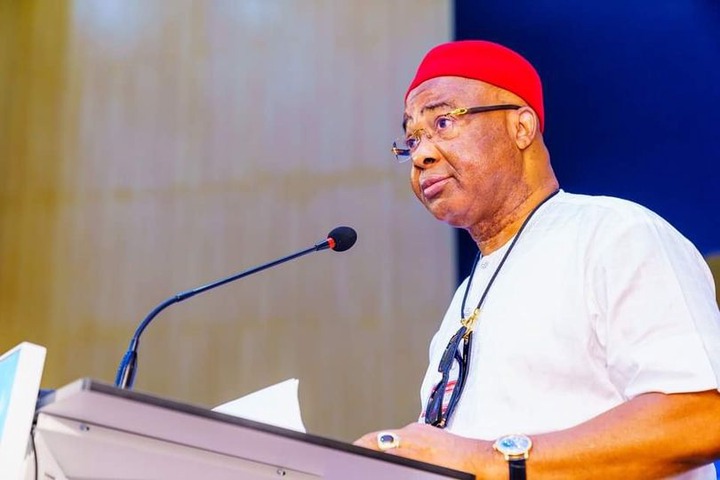 With the defeat of Frank Ibezim, the anointed candidate of the Imo State Govenror, Senator Hope Uzodinma and the junior Minister for Education, Emeka Nwajiuba, at the High Court by Senator Ifeanyi Araraume, there have been speculations, that Uzodinma and Nwajiuba may pitch their support to a candidate of another party in a bid to stop Senator Ifeanyi Araraume from returning to the Senate.

Araraume left the Senate in 2007 to contest the Govenroship seat of Imo State. Despite winning the party primaries of the PDP and going on to win the election, he was denied victory by the former president, Olusegun Obasanjo over some unresolved differences between both men.

Araraume have since then, contested the Govenroship seat in every general election without success.

The death of Senator Benjamin Uwajumogu, presented an opportunity for him to return to the Senate, but Uzodinma, who ironically, Araraume helped to remove Rt Hon Emeka Ihedioha from office, turned around to engineer moves to stop Araraume.

With the defeat of their candidate Ibezim by Araraume at the High Court, and the Appeal Court ruling against the Nlemigbo faction backed by Uzodinma, it becomes clearer to Uzodinma that he's hold on the party structure is failing, and the only other way to stop Araraume may be to throw his support behind a candidate of another party.

The candidate of the All Progressives Grand Alliance, APGA, Charles Onyirimba, may be their best bet.

Onyirimba may be urged to defect to the APC as a condition to give him support. They may also bank on Araraume's sour relationship with APGA.

The PDP candidate Okewulonu would be out of the question for them, but may still be an option if Uzodinma and Nwajiuba are only interested in ensuring Araraume doesn't go to the Senate, no matter who else goes there.

However, Uzodinma is going to be fighting an uphill task to retain the party ticket anyway he turns to in 2023.

If he works against the party's candidate in the Okigwe Senate, it could affect his relationship in Abuja, who need more senators than they need govenrors.

On the other hand, allowing his two most powerful foes in the persons of former Govenror Rochas Okorocha and Senator Ifeanyi Araraume in the Senate, would make the task of keeping the party ticket in 2023 very difficult for him.

"He picked just too many fights at the same time," Evang. Obinna Akuwudike, a social analyst and commenter in Imo State said. "You cannot try to dismantle Rochas Okorocha and Araraume at the same time. This is a job that is done one after the other. Or at least pick one as your friend and fight the other. Uzodinma would have accepted the olive branch Araraume offered him. Araraume have been very prominent in deciding every election in the state. Making an enemy of him was Uzodinma's biggest mistake so far, and if he doesn't play it well, it will could be very detrimental to him.

Content created and supplied by: MaaziLLCNgR (via Opera News )

Miss Universe 2021: See 39 Lovely Photos Of The Contestants At The National Costumes Show

With one match left, Napoli moved 3rd as Juventus falls back to Europa league zone