See What Happened To The Remains Of The US Black Hawk Chopper In Abbottabad, Pakistan

Some background information first. On April 29, 2011, President Barack Obama authorized SEAL Team Six to carry out a raid on Osama Bin Laden’s compound. Two UH-60 helicopters, which were heavily modified to be stealthy, carried 25 Navy seals to the compound.

On May 1, 2011, the operation commenced. At 3:30 pm, disaster struck. One of the “Stealth Hawks” crashed after hovering above the compound’s yard. Fortunately none of the helicopter’s crew was injured. However, the helicopter was now inoperable. The pilot destroyed the chopper’s instrument panel, radio, and other classified equipment and the SEALs rigged it with explosives and blew it up. 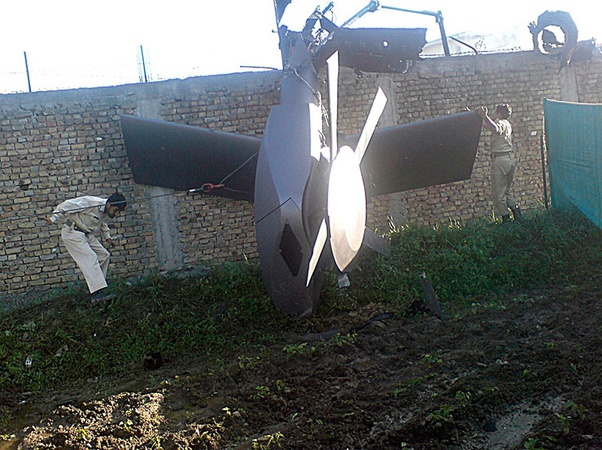 Tail rotor of the Stealth Hawk helicopter after it was blown up.

The Financial Times reported that Pakistan allowed the Chinese military to examine the remains of the downed helicopter in Abbottabad, in which Chinese engineers took pictures of the wreckage and extracted samples of the helicopter’s “stealth” skin. Pakistani officials denied the allegations, arguing that the remains of the stealth helicopter were returned to the US a few days after the operation. As of today, it is still uncertain whether Pakistan gave China access to the classified helicopter.

Content created and supplied by: JBB03 (via Opera News )