By Crownboy (self media writer) | 4 months ago 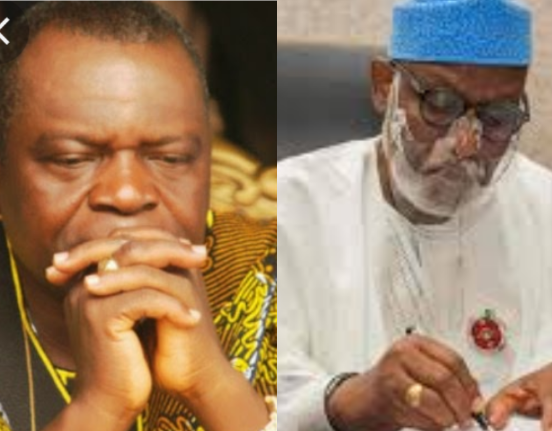 Chairmanship: Oyinlola loses out as PDP zones office to North

The quest by former Osun State governor, Olagunsoye Oyinlola, to become the next national chairman of Peoples Democratic Party, PDP, yesterday came to an end, following the zoning of the office to the North by the party.

Reading out the communique to journalists at the end of its meeting which lasted several hours, chairman of the PDP zoning committee and governor of Enugu State, Ifeanyi Ugwuanyi, said offices hitherto held by Southerners would go the way of the north and vice versa. 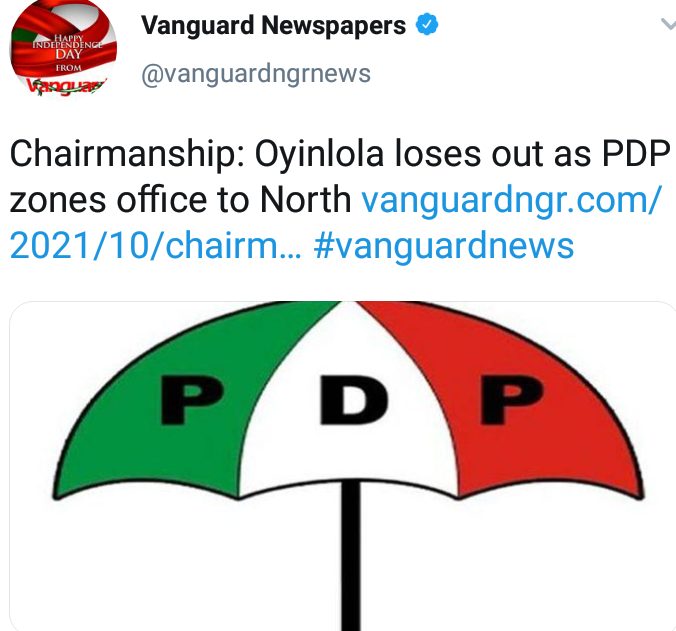 This, he noted, was in compliance with the party’s constitutional provision in the spirit of fairness, justice and equity

“The decision of the PDP zoning committee is in line with the constitution of the party on zoning and rotation of party and national offices in the interest of justice, equity and fairness.

Governor Rotimi Akeredolu of Ondo state has granted state pardon to 18 convicted inmates of the correctional centres in the state. 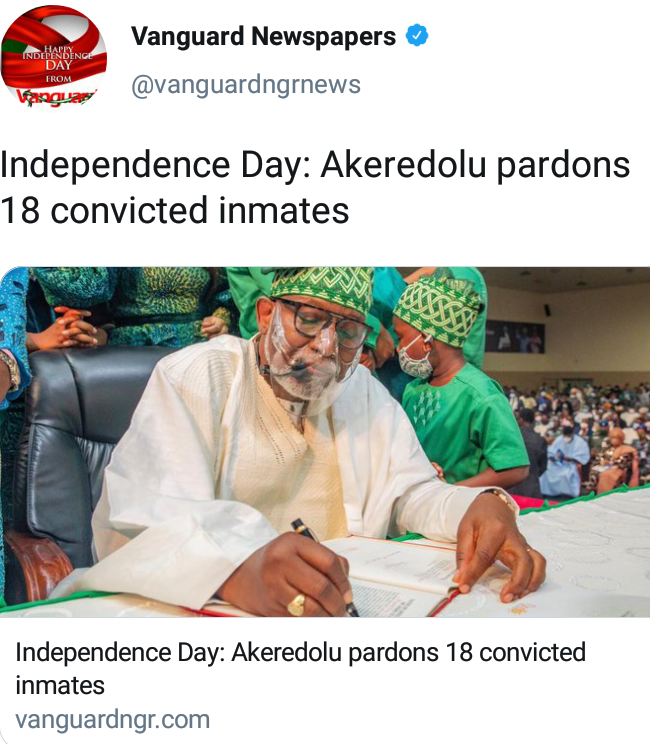 This was contained in a statement issued and signed by the Chief Press Secretary, Richard Olatunde.

Olatunde said the gesture by the governor was made in commemoration of this year Independence anniversary.

Legislative Aides Set For Showdown With NASS Over Salary Delay

Legislative aides of senators and members of the House of Representatives are poised for a showdown with the management of the National Assembly over delay of payment in salaries. The staff strength who are employees of the lawmakers are paid directly from the National Assembly budget which is on first line charge. 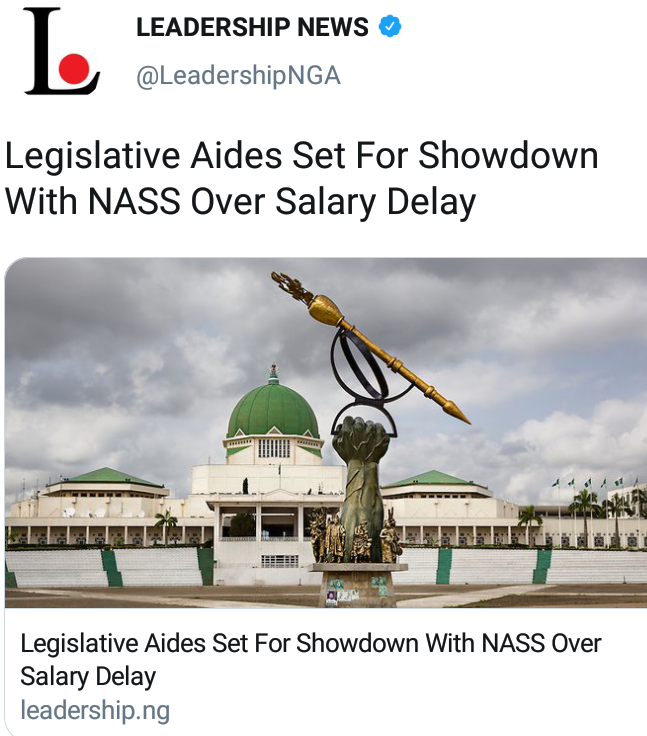 LEADERSHIP gathered that the National Assembly management entered into an agreement with a commercial bank that would pay salaries by overdraft between the 27th and 29th day of every month.

This agreement was honored from January to May 2021. But from June, the legislative aides’ experienced delay in payments and staggered payments contrary to the agreement signed with the leadership of the National Assembly.

The Federal Government has tasked development institutes under the National Agency for Science and Engineering Infrastructure (NASENI) to find solutions to the socio-economic problems of the country through the application of appropriate science and engineering technology. 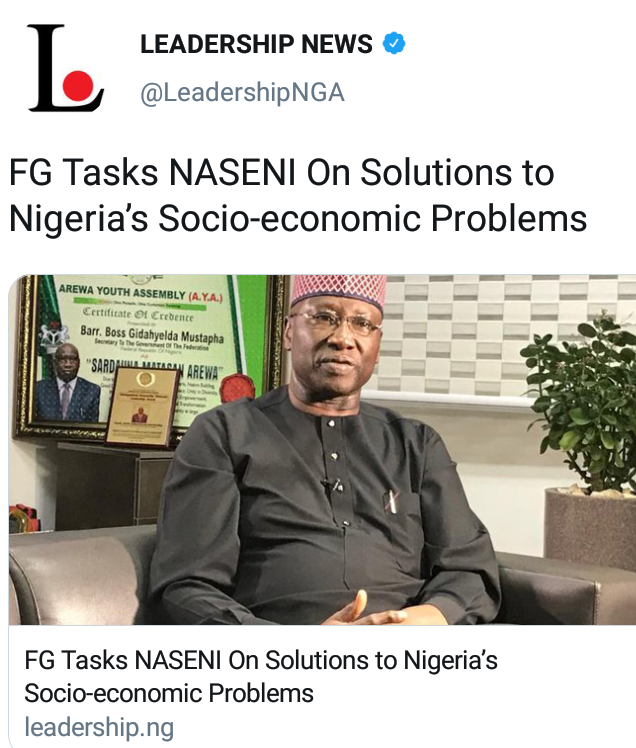 Secretary to the Government of the Federation (SGF) Boss Mustapha gave this charge while inaugurating the Technical Boards of Directors of nine development institutes under NASENI in Abuja yesterday.

He said this has become necessary considering the capabilities and commitment of the agency to the progress of the nation’s development and sustainable growth through its diversified interventions across the many sectors of the country.