By OmoobaAlekuwodo (self media writer) | 19 days ago

The lack of political synergy among governors of the Southeastern part of the Federal Republic of Nigeria is, surely, not more a strange news to anyone who is conversant with the geopolitical zone, in the recent time. 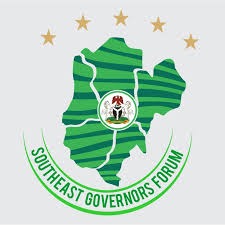 There are six geopolitical zones in Nigeria with each containing people of similar languages, cultural or traditional relationships. There are Northwest, Northeast and North-Central at the Northern section of the Federal Republic of Nigeria while the Southern part of Nigeria has Southwest, South-South and the Southeast.

The lack of synergy among the five executive governors in the Southeast is, regrettably, tearing the region apart. This is critically diminishing the political viability of the geopolitical zone.

For instance, since the Southeast Governors' Forum was created and prior to the, most, recent meeting that was being called for tomorrow by her chairman, Governor Dave Umahi of Ebonyi State, Anambra State Governor Willie Obiano has never attended the meeting. Though, he usually send his deputy governor for representation. 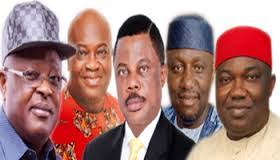 Unfortunately, since the inauguration of Governor Hope Uzodinma of Imo State, he has also excluded himself from the meeting of Southeast Governors' Forum.

The lack of the same synergy among the states governors in the Southeast has, also, caused the governors to exclude themselves from the meeting of the Southern Governors' Forum (SGF) that was held at the Enugu State Government House.

The absence of the four other Southeast governors from the meeting of Southern Governors' Forum has also caused another discrepancy. At the Enugu meeting, Southern governors agreed to pass Anti Open-Grazing Law in their respective states which was later opposed by Governor Hope Uzodinma of Imo State who was absent at the meeting.

The lack of political synergy among the states governors in the Southeast may, likely, be responsible for the failure of the governors to inaugurate the regional security outfit, Ebubeagu, in their states.

Unfortunately, the security outfit that was supposed to take-off in August is, seemingly, only operational in Ebonyi State despite the security menace that is befalling the entire Southeast geopolitical zone. 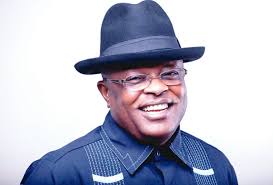 Regrettably, because of the lack of synergy among the five states governors in the southeast geopolitical zone, Governor Dave Umahi, who is the chairman of Southeast Governors' Forum, had to be begging her Southeast counterparts in the invitation memo released by his office to call a meeting that is slated for Tuesday October 5, 2021.

A part of the memo reads "Our leaders begged that, I requested all Governors of Southeast to please be present at the time and not on representative capacity so that, together, we should reach some decisions to salvage our region that is presently battling with high rate of insecurity.