By ReligiousCritics (self meida writer) | 1 months 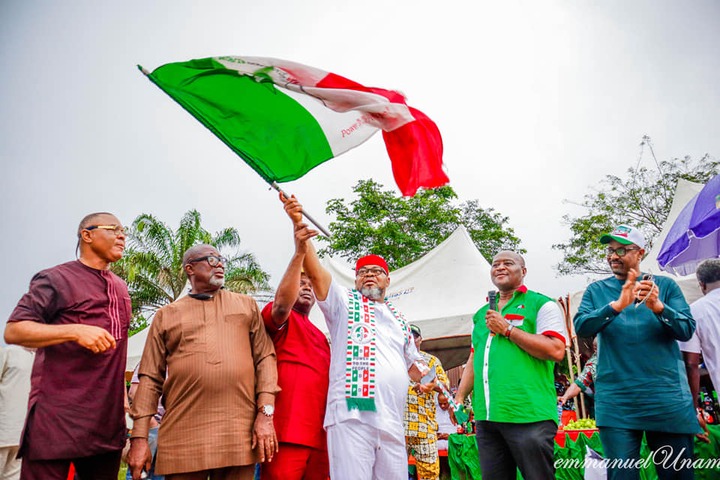 Popular political analyst and veteran Journalist, Babajide Otitoju has spoken about the Imo north senatorial election winner during an edition of Journalist Hangout.

On the particular edition of Journalist hangout, the topic of discussion was the current situation of the Imo north senatorial election that is yet to produce a winner since the election held on Decemeber 5.

It will be recalled that the INEC declared APC as the winner of the election but never returned any candidate because the candidates of the APC; Senator Ararume and Frank Ibezim had been sacked by two different court ruling hours before the election.

The court sacked Senator Ararume for not being the right candidate in the election and for not participating in the party primaries while Frank Ibezim was sacked for forging the certificates he submitted to the INEC ahead of the election.

Although the supreme court has declared Frank Ibezim as the right candidate of the election, but the INEC is yet to give him his certificate of return because he still has a pending case of forgery in the court.

Babajide Otitoju in his argument made it known that the All progressive congress went into the election without a candidate, and even after court rulings, there is still not a head way.