By Crownprinces2 (self media writer) | 25 days ago 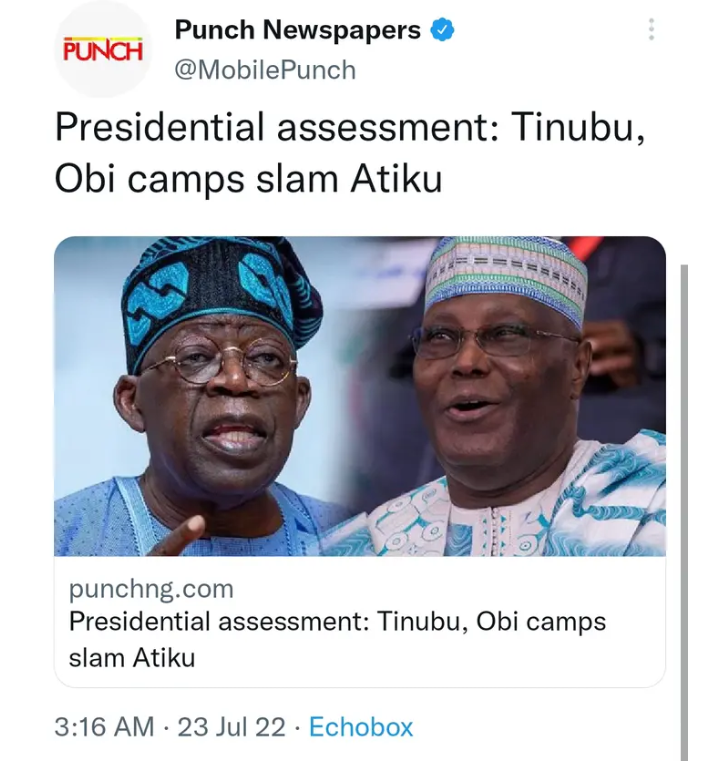 The Labour Party and the Tinubu Presidential Campaign Organisation on Friday berated the presidential candidate of the Peoples Democratic Party, Atiku Abubakar, for saying he will win the election next year.

Pastor speaks on endorsing Tinubu, speaking against CAN. 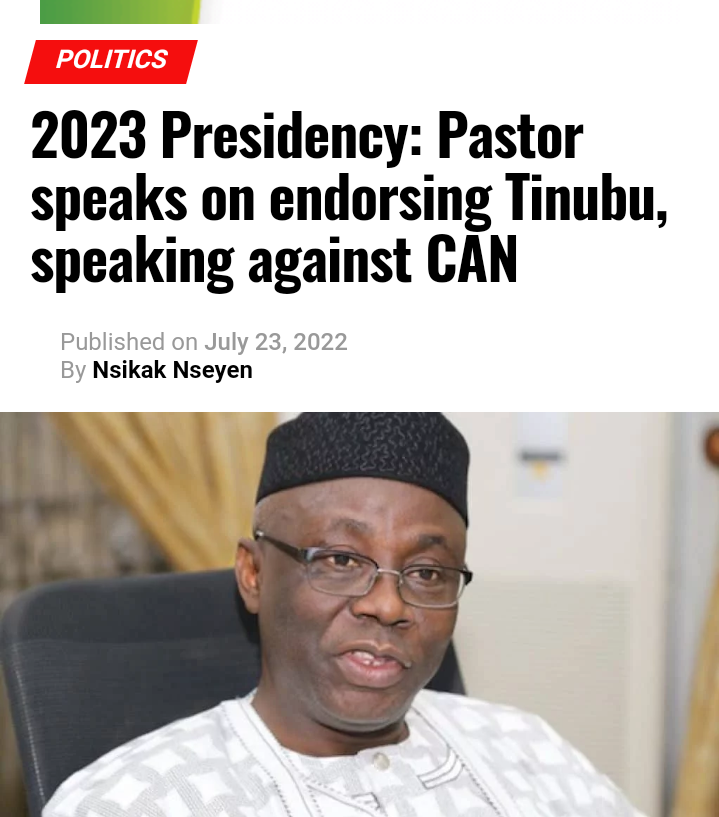 Bakare who was also an APC presidential aspirant made the rebuttal in a statement debunking insinuations that he was working against the Christian Association of Nigeria (CAN) on the Muslim-Muslim ticket by Tinubu and his running mate, Kashim Shettima.

The Cleric in the statement shared on his Facebook page described the allegations as absolute lies. 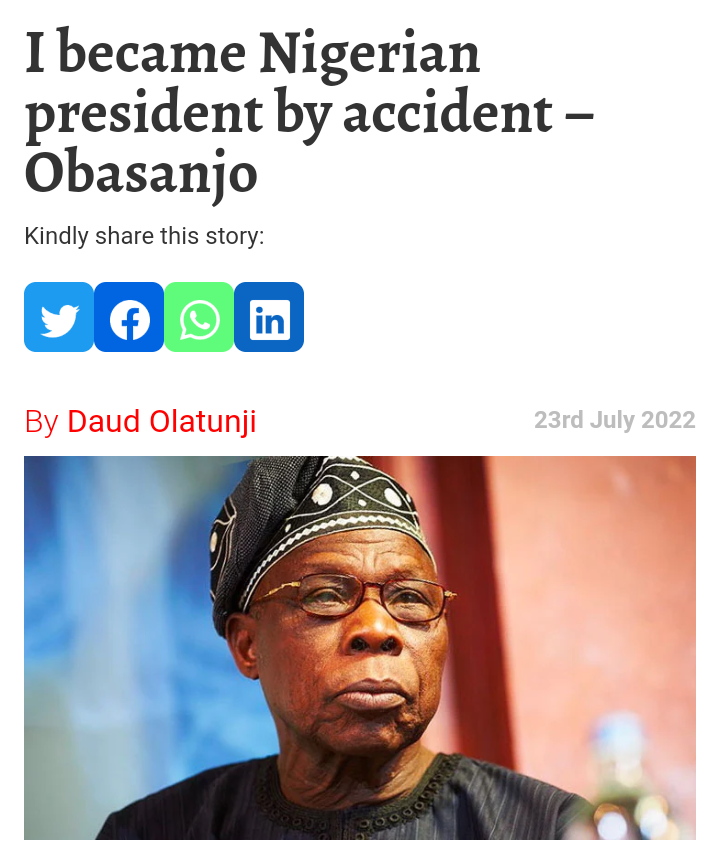 Former President Olusegun Obasanjo, on Saturday, said everything about him, including his emergence as both a military Head of State and President of Nigeria, was by accident.

Obasanjo, who was an ex-military Head of State before he was elected as a civilian President in 1999, said he was a farmer by choice and not by accident.

Speaking on Saturday on a live radio interview with Segun Odegbami on Eagles7 Sports 103.7 FM, Abeokuta, Obasanjo said he was always proud to be addressed as a farmer. Odegbami had asked Obasanjo to speak about what he termed his “romance with farming.” 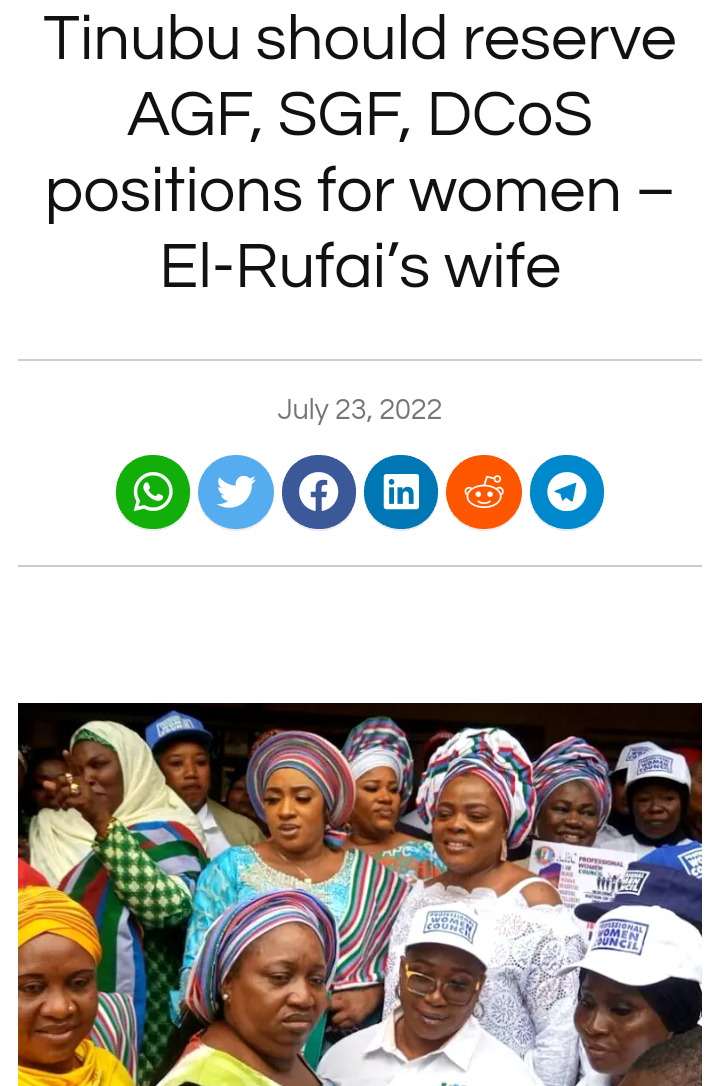 Hajiya Asia El-Rufai, wife of Gov. Nasir El-Rufai of Kaduna State has demanded for the position of Attorney General of the Federation (AGF) for women in the administration of Bola Tinubu.

The governor’s wife said this at the celebration of Asiwaju Bola Ahmed Tinubu by the All Progressives Congress (APC) Professional Women Council in Abuja. She added that the positions of the Minister of Health, Secretary to Government of the Federation (SGF), the Deputy Chief of Staff (DCoS) to the President, should be reserved for women. 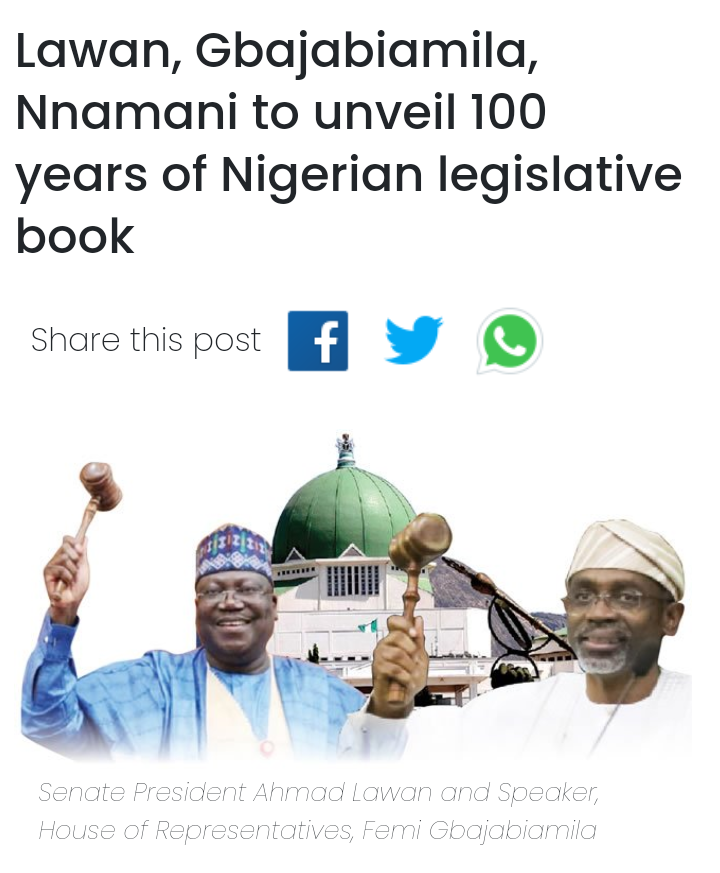 President Ahmad Lawan, the Speaker of the House of Representatives, Rep. Femi Gbajabiamila, and former Senate President, Ken Nnamani will unveil a book on 100 years of legislative debate in Nigeria.

Mr. Onwubuya Breakforth, the Chairman of the public presentation and launching committee of the book, made this known in a statement on Saturday in Abuja.

He said the book, expected to be unveiled on July 28, is a compendium of legislative debates which started in 1922 when the new British conscripted Constitution introduced the Nigerian Legislative Council. 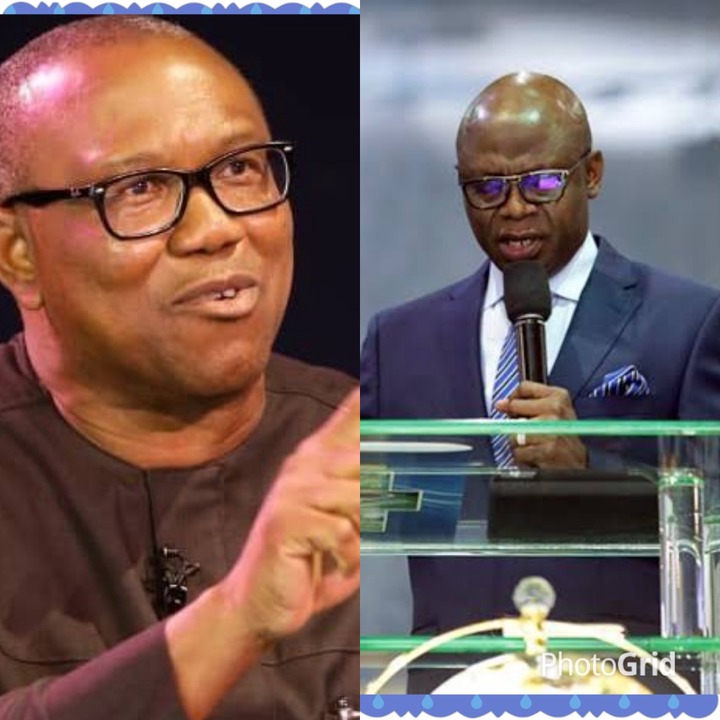