Kwankwaso is Our Leader, He Has Directed Us to Vote for Obaseki, Arewa Community in Edo Declares.

By NewsInNaija (self media writer) | 1 year ago 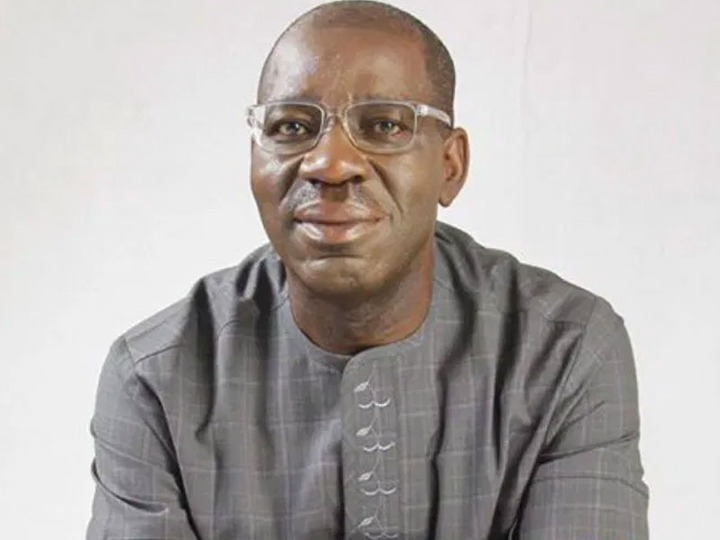 The Arewa Community in Edo State, known by the name Sarkin Hausawa of Benin, has declared their support for the reelection bid of the incumbent governor of Edo State, Godwin Obaseki; saying the former Kano State governor, Engr Rabiu Kwankwaso, who is their leader has directed them to do so.

This was made known by the Edo state governor himself through a tweet he posted on his official Twitter handle @GovernorObaseki on Wednesday.

Governor Obaseki stated that the Arewa community has followed in the shoes of other ethnic groups residing in Edo state to declare their support for his second term ambition as a compensation for his visible developmental strides as the governor of the state.

Obaseki further stated that the association has promised to come out en mass and use the power of their Permanent Voters Card (PVC) to give him another four years in office, noting that the Secretary of Sarkin Hausawa of Benin, Mohammad Baba, expressed this position of the association in a visit to him at the Edo State Government House

Describing what the Secretary of the Sarkin Hausawa of Benin said to him in the meeting at the government house, Obaseki stated, "He further acknowledged that the former governor of Kano State, Rabiu Kwankaso was their leader and has told them to support me and my deputy. Come September 19, 2020, they were going to support us with their Permanent Voters‘ Cards (PVC)."

Rising from the meeting, the governor, hereby, thanked the association for their support of his reelection bid, stating he would continue to provide an enabling and friendly atmosphere for their businesses to thrive as they were all considered the indigene of the state in their right as taxpayers.

Below is the screenshot of the tweets: 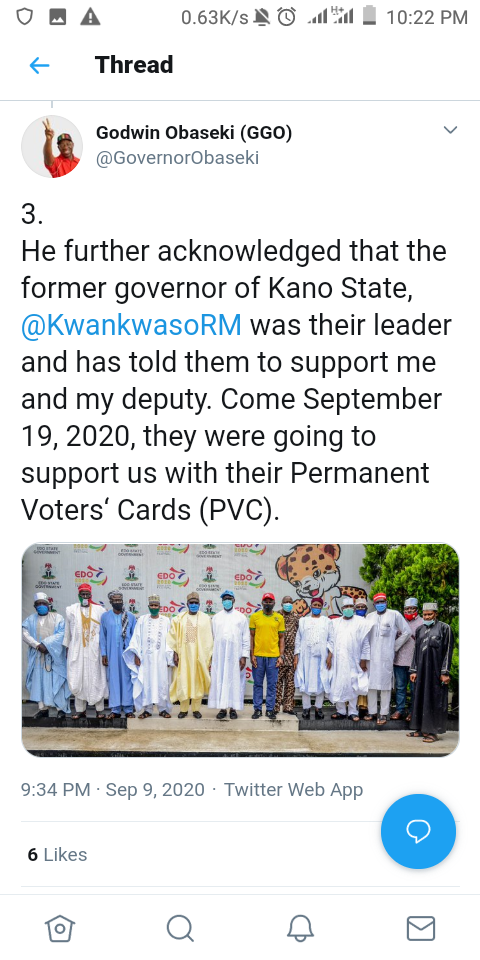 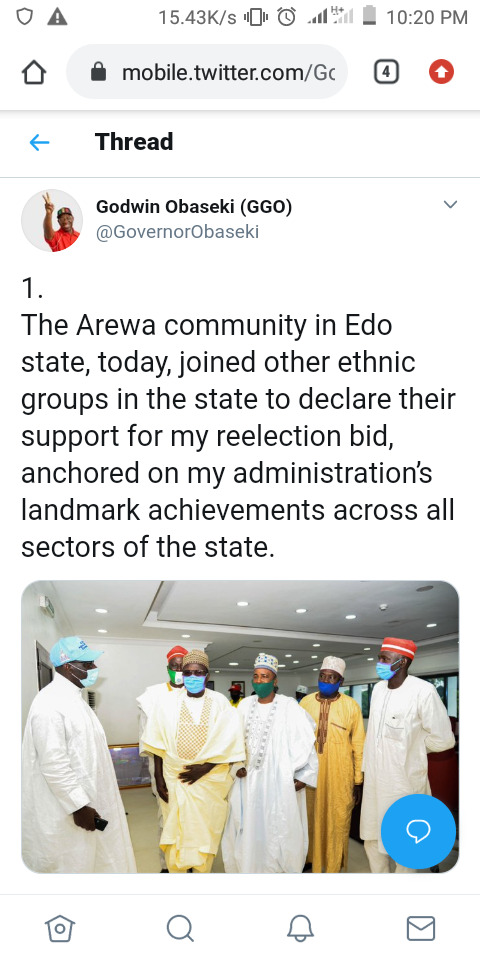 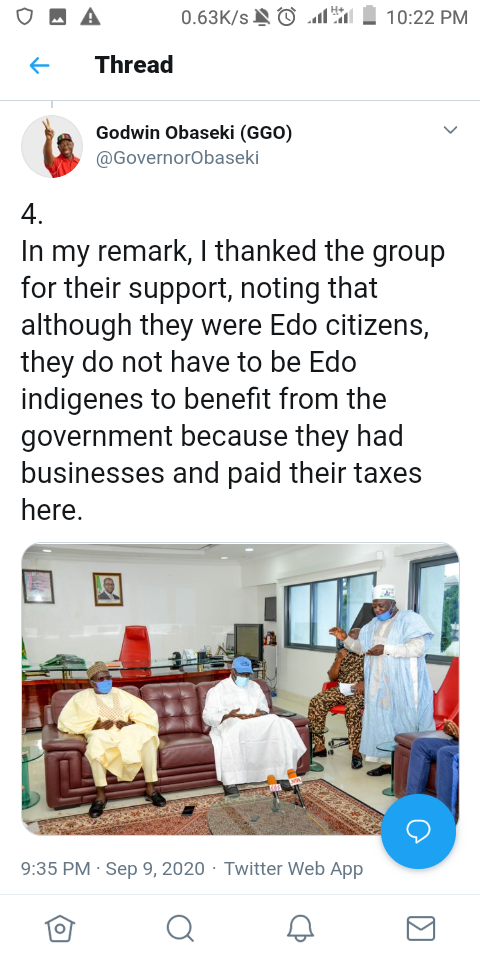 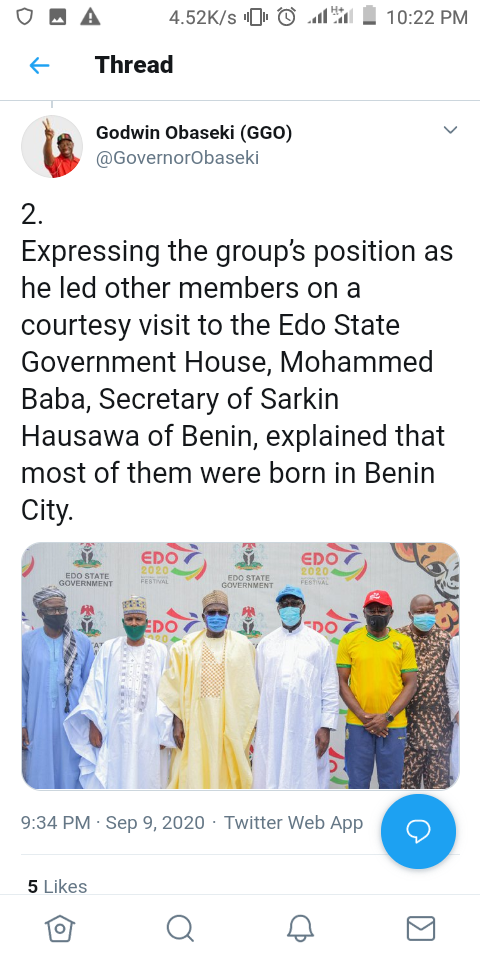 Content created and supplied by: NewsInNaija (via Opera News )