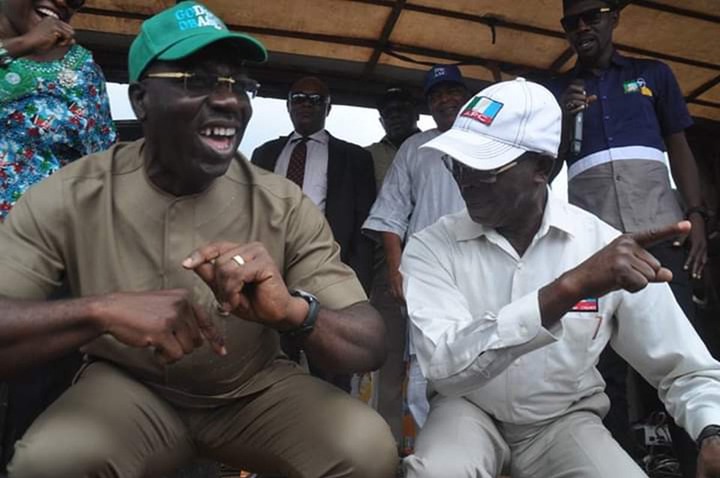 Prior to the 2016 governorship election in Edo State, the then governor of the state, Mr Aliu Adams Oshiomhole toured all the 18 Local government area of the state compaigning for the his party candidate, Mr Godwin Nogheghase Obaseki.

Obaseki served under Adams Oshiomhole for seven years and 6 months as the Chairman of the Edo State Economic and Strategy Team.

As the Chairman of the team, it was believe that Obaseki performed beyond expectation which makes him to be loved Adam Oshiomhole and he fully supported him in his bid to succeed him as the governor of the state.

During the course of their vigorous campaign, Oshiomhole, used good words to the described Obaseki which makes him dear in the heart of many electorates. He presented him as the most trusted, tested and reliable candidate to be voted for in the election. 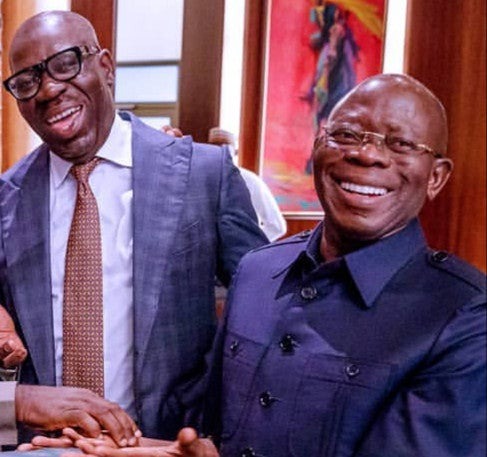 Some of his words include:

I don’t care if Obaseki betrays me at the end of the day, Obaseki’s allegiance should be to the people and not me.

The oath of office he is going to subscribe to says that he will defend the constitution of Nigeria, he will do everything to uplift the quality of life of Edo people. Nothing in his oath of office will include ‘I shall not betray my predecessor’ because I have no interest to be betrayed.

He sits in the office of the economic team which he built using his network of friends inside the heart of government house without demanding one naira.

I know my limit. He knows his limit. Godwin Obaseki has worked for seven and a half years for the people of Edo state, using his brain, creativity, quietly, not making noise.

A man like Obaseki, who will not ask me to give him contracts, but will promise me, comrade, you just do the thinking, we will create the means to actualize your thoughts.

And to his credit today, check the books of Edo state, we did not build new structures in a government house with government money. That economic team office was built through Godwin’s network. Today, it remains a permanent asset of the state government.

I want us to be calling that building Godwin Obaseki building. I don’t see your opponent Ize-Iyamu being able to say that".

At the end of the kindly contested election, Mr Godwin Obaseki was declared winner by the Independent National Electoral Commission having scored 319,483 valid votes to defefeat his closest rival, Pastor Osagie Ize Iyamu of the Peoples Democratic Party who scored 253,173.