By www.kosofepost.com (self media writer) | 1 year ago 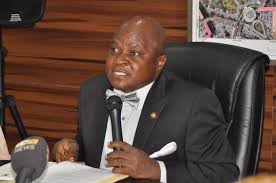 Prince Rotimi Ogunleye is the immediate past Commissioner for Physical Planning and Urban Development; is one of the leading constant for the vacant Lagos East Senatorial seat occasioned as a result of the death of Senator Adebayo Osinowo on June 12, 2020.

Prince Rotimi Ogunleye the immediate past Commissioner for Physical Planning and Urban Development was previously the Lagos State Honourable Commissioner for Commerce, Industry & Cooperatives and cumulatively served the state as a cabinet member from 2015 to 2019.

He has also served on boards in the state and held various appointments in the private sector. He was born into the Ogunleye family of Ikorodu from the Petu Royal Family which is a branch of Rademo Ruling house.

He is a legal practitioner and notary public whose practice of over 20 years focuses on diverse areas spanning commercial, property, mortgage and investment issues. As a lawyer, he has passion for litigation, arbitration and submissions on diverse legal issues.

He had previously had over 14 years stint in Journalism specialising in business and financial aspects and this culminated to his appointment as the Editor of the BUSINESS TIMES, a major weekly business publication in the Daily Times of Nigeria PLC’s stable, which post he held between 1999 and 2001.

For many years, he ran a column on the economy while he was the Business Editor of the DAILY TIMES and subsequently a weekly column as the Editor of the BUSINESS TIMES on topical economic issues.

He was also an Editorial Board member in the Daily Times and held various other key editorial posts there.

He had earlier attended the University of Ife (now Obafemi Awolowo University) where he obtained a Bachelor of Arts (Hons.) degree in English Studies in 1983, the Nigerian Institute of Journalism (NIJ) Ogba for his Postgraduate Diploma in Journalism and the Centre for Foreign Journalists (CFJ) in Virginia,

United States of America where he did his Advanced English Language Journalism course.

After the four- year stint in government, he has resumed at his law office. He has diversified into arbitration as a professional even though he has in the course of his career as a lawyer and in government been involved in mediation. Apart from the areas highlighted above as focal points of his legal practice, he has expertise in

1 of 2 maritime law which he studied deeply and on which he did his dissertation for the Master of Laws programme, public- private sector inter-relationship, labour law and construction issues.

On the political turf, he has been a committed progressive since 1979 when he was in the youth wing of the Unity Party of Nigeria (UPN) and later in the Social Democratic Party (SDP) in the Third Republic. Under the current dispensation he joined the Alliance for Democracy (AD) from inception in 1999 and has remained

At different times since 1999, he has served the parties at various levels including being the Legal Adviser of the AD in Ikorodu Local Government when the local government covered the entire Ikorodu Division

prior to the creation of the five Local Council Development Areas (LCDA) and member of many committees at the state level of the party.