Opinion: The Impact Of The Deep Blue Project Launched By Buhari On The Security Sector Of Nigeria

By Frankreport (self meida writer) | 2 days

The most heard aspect of insecurity currently is the menace of the unknown gunmen in some parts of Southeast. Also, banditry and terrorism are also eminent. This have called for a push to fighting those behind these crimes. The crimes of Kidnapping and request of ransom, the crimes of burning down public facilities in the Southeast and the related crimes will soon be a thing of the past.

Thank God for Buhari's no nonsense administration. As I speak to you, Abba Kyari and his men are in Imo State arresting and prosecuting some perpetrators of insecurity in the state. In no distant time, the so called unknown gunmen will be brought to justice and those with bad agenda in Nigeria will be made to face the law. Therefore, if you are a law abiding Nigerian, especially if you live in the East, truly I tell you, you have nothing to worry about.

Most people think that the only insecurity challenges the country is facing is the ones perpetrated by unknown gunmen in the South-East and the ones carried out by Boko Haram and bandits in the north. No, there are much more than those.

The maritime sector is one of the major challenges the country is facing in terms of insecurity. This is because it greatly affects the country's economy.

President Buhari's administration does not close its eyes on any part of the security sector. That is why the president has decided to give solace to the maritime sector of the country by launching the "Deep Blue" Project today in Lagos State. The project is part of the country's plan to get rid of sea piracy. The impact of this project launched by president Buhari cannot be overemphasized. This project will have great impacts on the security sector of the country, particularly, maritime. 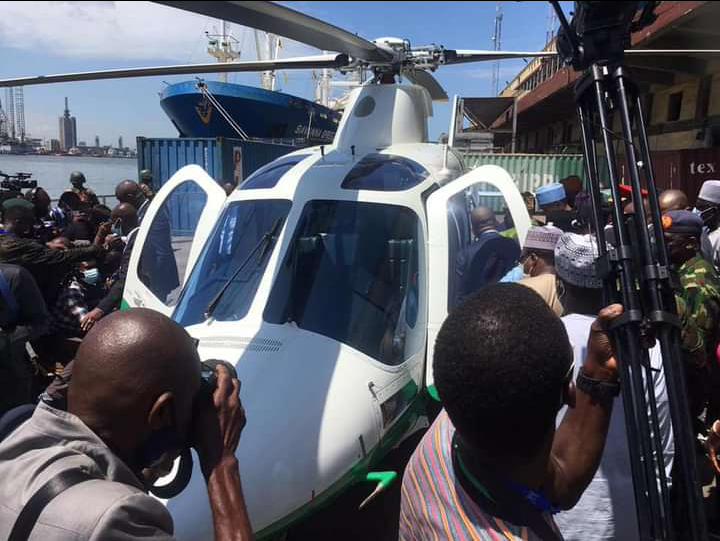 Sea piracy will definitely be dealt with following the launch of this project. The major challenge Nigeria faces in maritime is oil theft. Nigeria is said to lose 40,000 to 100,000 barrels of oil daily as a result of oil theft. Nigerian Chief of Naval Staff, Ushma Oyibe Jibrin once said that oil theft alone costs the country 433 billion naira annually. That is about $2billion. Minister of Finance even said that this value is even higher. Also, in 2013, 1,951 illegal oil refineries were destroyed in Niger Delta alone. Where do they get the oil they refine from? The answer should be "oil theft."

Criminals, especially those on illegal possession of arms can steal oil through sea. Some have even advanced from mere oil theft to hijacking of cargo and water ships in the high sea. This is very dangerous to the country's economy and reputation and needs to be addressed.

The government has been developing and bringing up strategies to protect its maritime security to get rid of piracy and crimes in its waters. Few days ago, it was announced that Buhari will launch his Deep Blue Project on 10th of June 2021. And today, it was launched.

The project which was aimed at securing Nigerian waters up to the Gulf of Guinea has three categories of platforms to tackle maritime insecurity on sea, air and land.

The land section of it involves command, communication, computer, control and intelligence center known as C4 which is used for gathering of intelligence and collection of data.

The air section of it involves 2 Special Mission Aircrafts that will be used for surveillance of Nigeria's Exclusive Economic Zone. 3 Special Mission Helicopters for search and rescue operations, and 4 unmanned Aerial Vehicles.

With the launch of this Deep Blue Project and the arrest and prosecution of perpetrators of oil theft and crimes related to maritime will give a back off to such criminals.

This is a great development, a very commendable one. This shows that the country's economy will begin to grow in no distant time. This also shows that Buhari is working tirelessly towards eradication of insecurity in the country by all legal means.

More pictures from the launch of the Deep Blue Project in Lagos State. 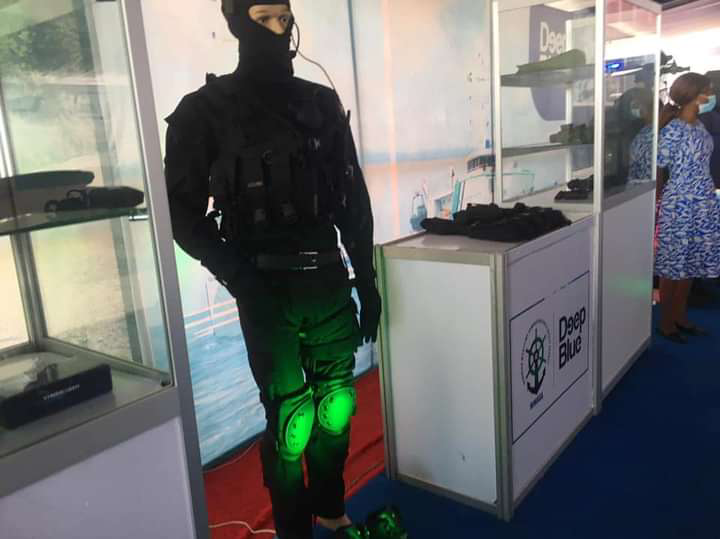 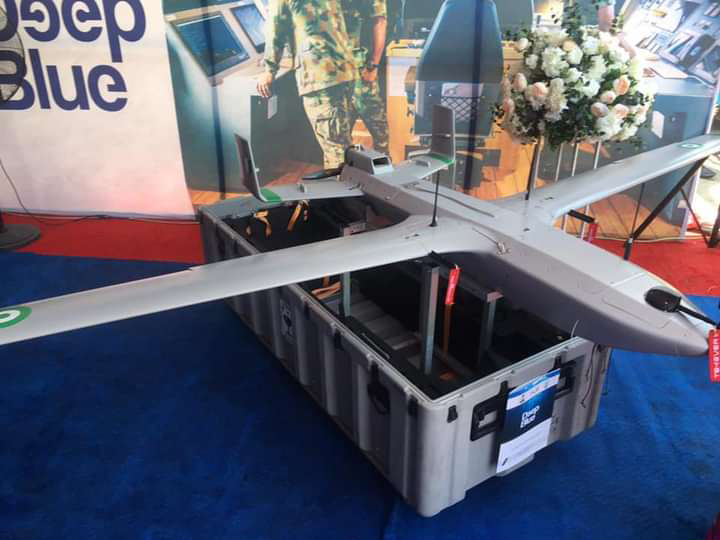 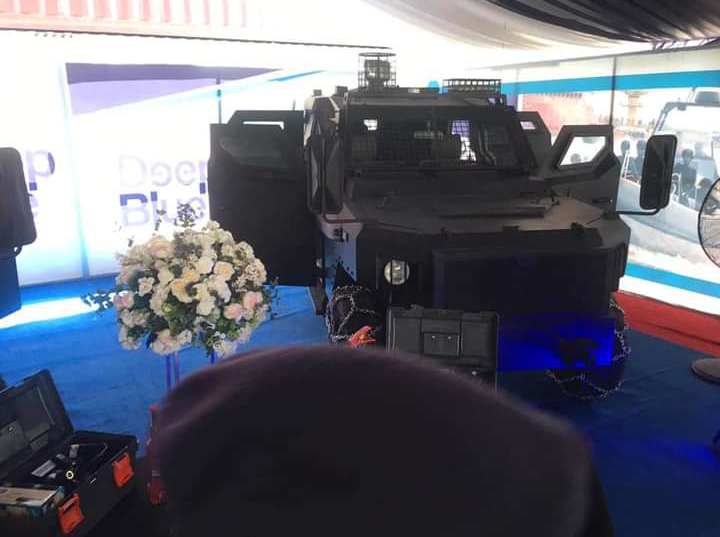 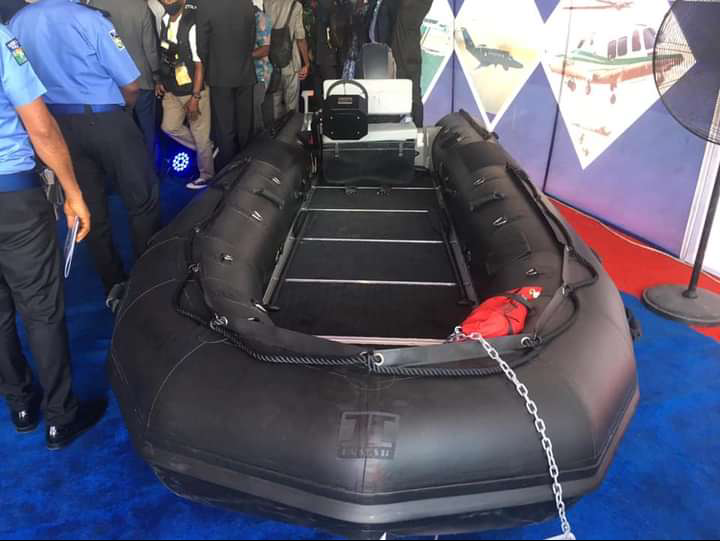 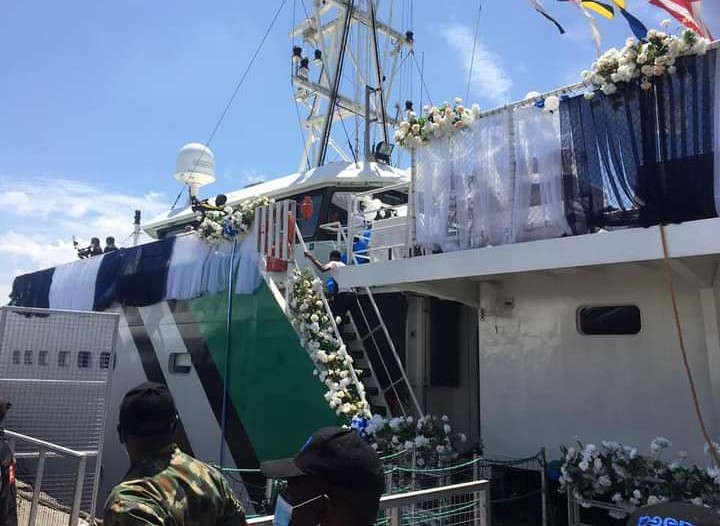 How effective will this project be? How is it going to help boost Nigeria's economy? The comment section is open for your suggestions. 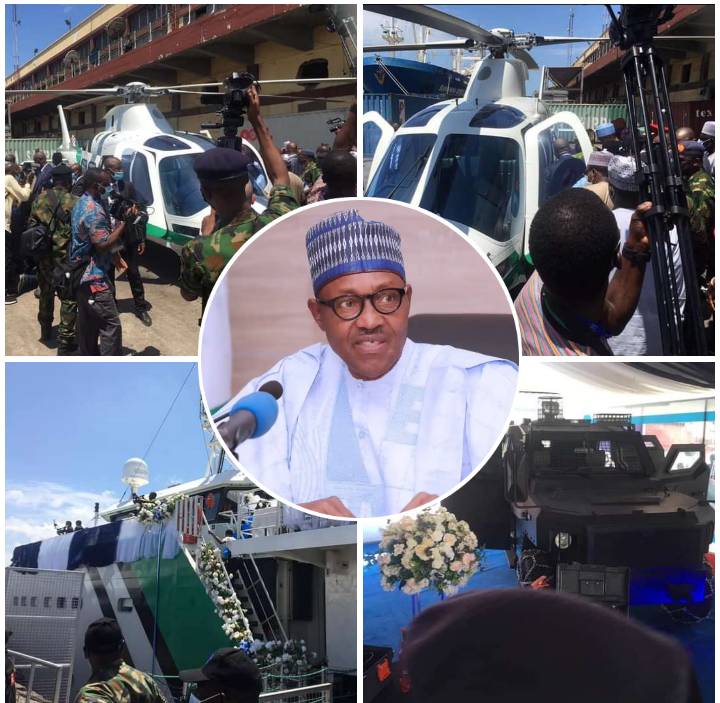