By Jahblog (self media writer) | 7 months ago 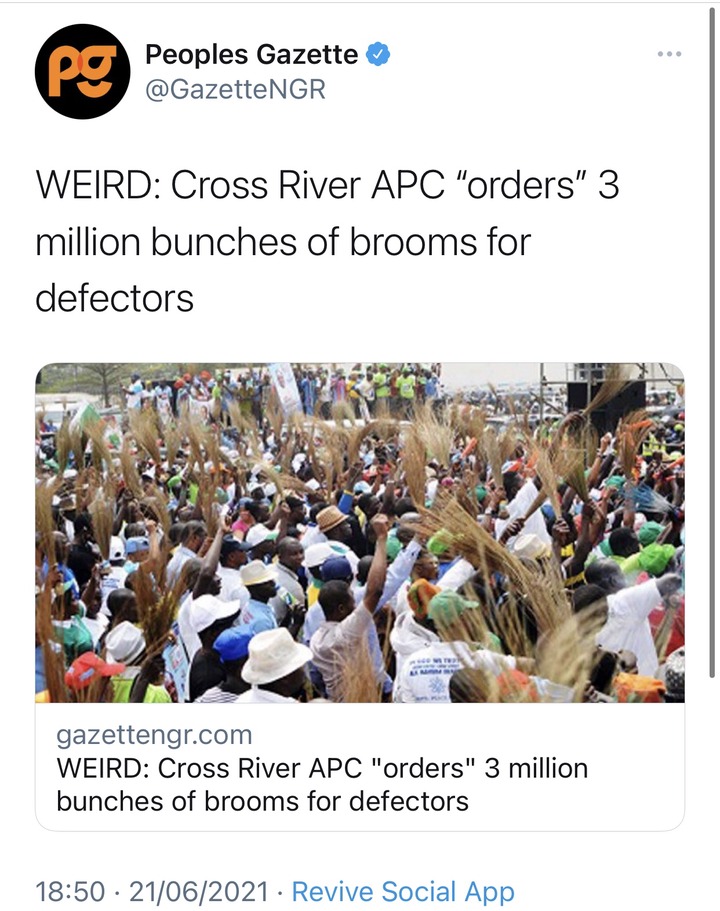 In what could be described as a weird development, the All Progressives Congress (APC) in Cross River State says it has placed an order for three million bunches of brooms from local broom makers for the new entrants into the party.

The party’s Publicity Secretary, Bassey Ita, disclosed this in a statement made available to reporters in Calabar on Monday.

Mr Ita said broom, which is APC’s symbol, had suddenly become scarce in the state, following the influx of new members, in the wake of Governor Ben Ayade’s defection into the party.

“To address the challenge, the party ordered for three million bunches of brooms from local suppliers to meet the growing demand.

Those Taking Up Arms Against Nigeria Will Face Justice – Buhari 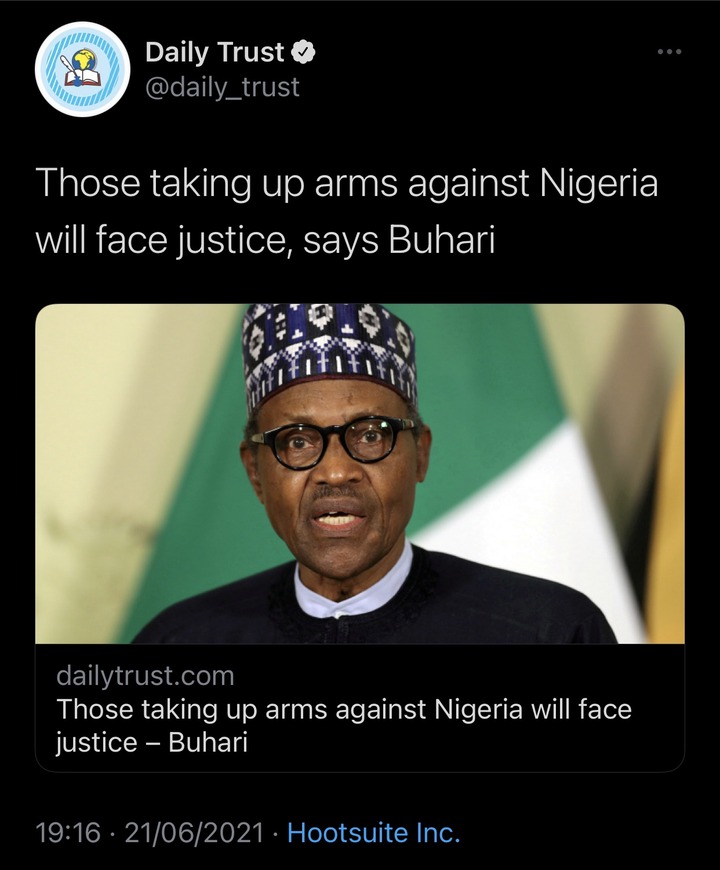 President Muhammadu Buhari has said the “criminal elements” carrying arms against the country would be brought to justice.

There is currently a high rate of insecurity in the country as kidnapping and killings are widespread.

Speaking at the maiden edition of the APC Progressive Youth Conference held at the International Conference Centre in Abuja, on Monday, Buhari said his administration is committed to tackling the security challenges bedeviling the nation.

Give us competent, experienced NDDC boss not politicians – Group to Buhari 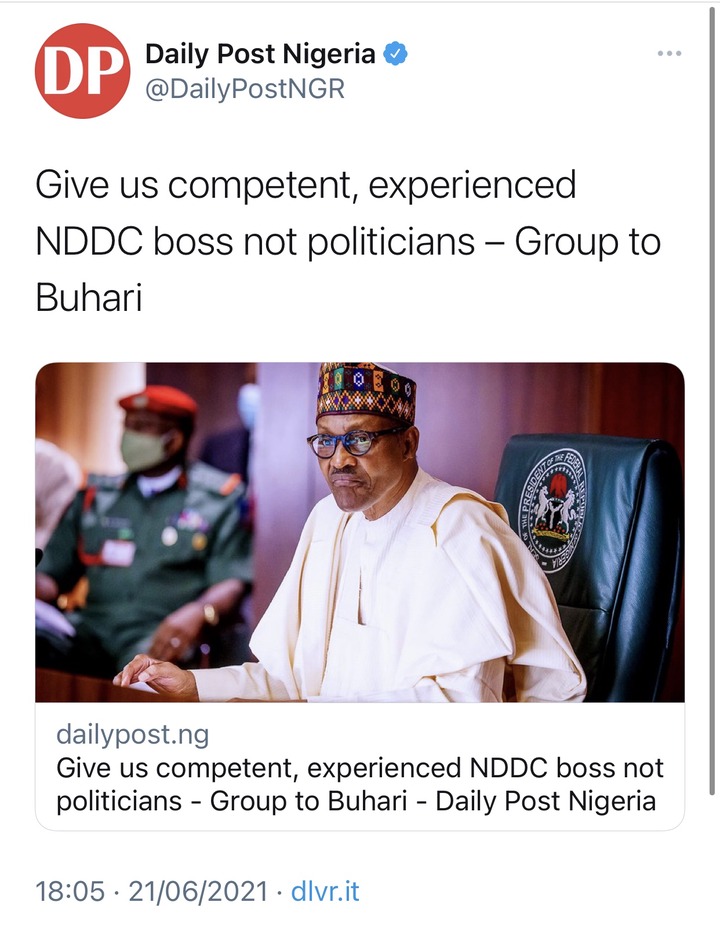 The Watchdog for Progressive Ijaw (WPI), has appealed to President Muhammadu Buhari, not to succumb to pressure from selfish political leaders in appointing an individual whose allegiance belonged to a politician instead of the Niger Delta as the NDDC boss.

The group also said the next NDDC managing director must be someone with an in-depth understanding of the challenges of development of the region and a person that enjoys the respect and acceptability of critical groups in the area especially the Ijaw Youths Council (IYC). 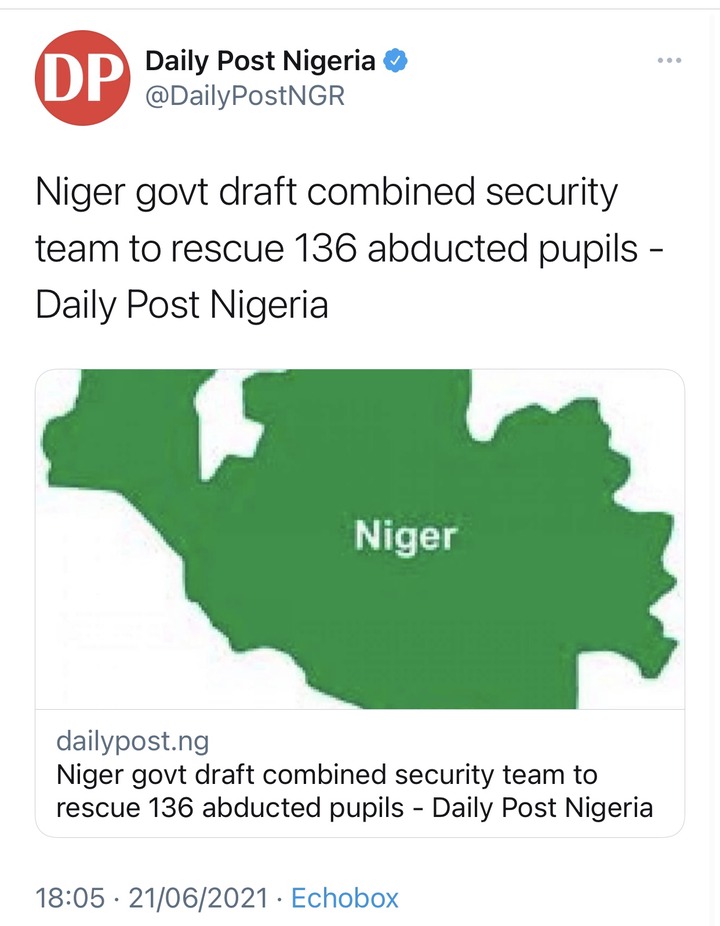 The Niger State government has drafted a combined security agencies team to ensure the release of the 136 abducted pupils of the Salihu Tanko Islamiya School in Tegina, Rafi local government area of Niger State. The team includes the Military, Police, Civil Defense and the Vigilante Corps.

Recall that pupils of the Salihu Tanko Islamiya School were kidnapped over two weeks ago in the area.

The state Governor, Abubakar Sani Bello while addressing the combined security team in Tegina assured that the government has resolved to take decisive measures for the safe return of the children. 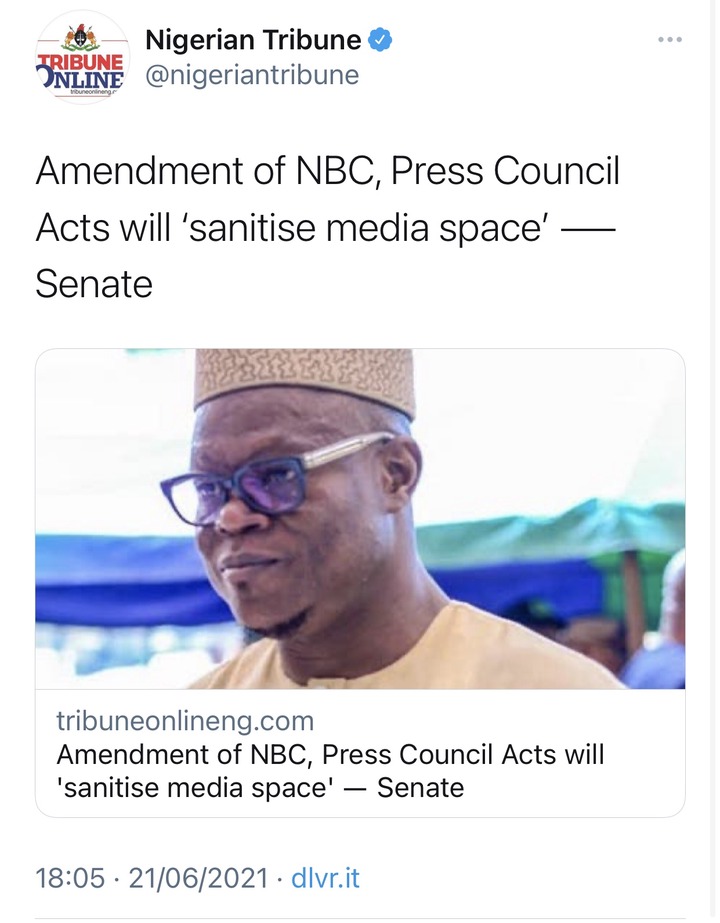 The Senate has officially reacted to the controversy trailing the move to amend the National Broadcasting Commission (NBC) Act and the Press Council Act.

Senator representing Osun Central and Chairman, Senate Committee on Media and Publicity, Bashiru Ajibola said the amendment of the two bills was not meant to cripple press freedom. 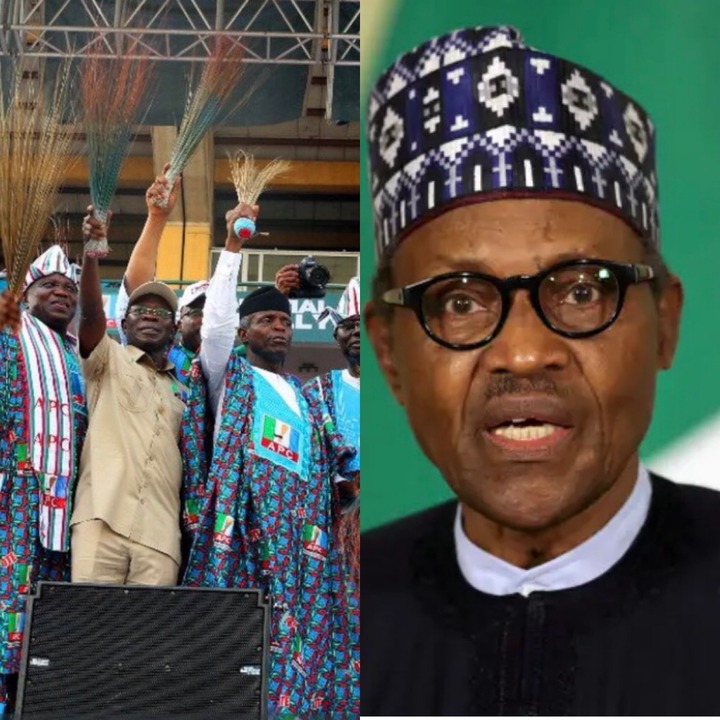