By PCBGIST (self media writer) | 2 years ago 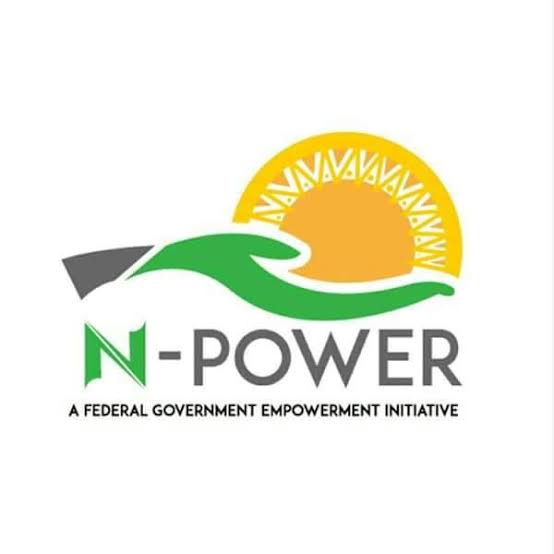 BE HONORABLE, HAVE SOME INTEGRITY AND DIGNITY.

YOU DON'T OWN TOMORROW.

The good or bad fortune of an action depends on three factors:

1. It's constitution (Drafting of policies).

2. The way the constitution is made to work (execution of the policies).

3. The respect it inspires (sustainability of the policies).

It is evident that the Nigerian political system has been marred and characterized with bad leadership, people in public offices favoured by the presidency who are briefed of ideas. A government that lies to her people on daily basis, creating policies which are not sustainable and developmental to the welfare and future of her citizens.

The Next level agenda of President Mohammedu Buhari on it's job creation policies aimed at creating 100 million jobs and alleviating poverty within 10 years amongst her teeming Nigerian youths has lost it's savour, aims and objective since the transfer of the N-Power program to the new ministry of humanitarian affairs, social development and disaster management and the appointment of the Hon. Minister Sadiya Umar Farouq to oversee it's affairs.

It's regrettable to note that since the creation of the ministry, the fate and future of the Nigerian Npower graduates have been based on the denial of basic rights of the Npower beneficiaries, ranging from non payment of four months stipends of March, April, May, and June, refusal to release devices to batch B, wasting of our time and age for good four (4) years, Sack/disengagement letter by the Hon. Minister Sadiya instead of granting and seeking for permanency for the good of the working NPower graduates beneficiaries.

Her actions has proved to be vicious, abysmal, precarious, impunitized, rogue and tends to bring shame to the president Mohammedu Buhari's next level administration and has variously described Nigeria as a failed state in the watch eyes of the international community.

As the Npower online video protest and NASS protest has begun, we urge all Npower beneficiaries to send a video massage to President Mohammedu Buhari, our various state governors, senators, Reps and Nigerians on the importance of granting permanency to N-Power and therefore support our colleagues agitating and protesting in Abuja.

We mean no disrespect, but as bonafide citizens of Nigeria. It's unacceptable and unreasonable for the PMB led administration to use and sack her citizens in hard times like this (Post Covid19 era).

The minister lacks Administrative stewardship, accountability, probity, patriotism, selfless service, good leadership ideas, straight forwardness, honesty and has continued to lie to Nigerians to cover her incompetencies, gross mal-administrative misconduct and tendencies, malfeasance and mismanagements of funds at her disposal.

It's obvious that the minister does not have good intention for the N-Power beneficiaries as she does not share in the administrative ideology of the next level agenda of president Mohammedu Buhari.

She is politicizing the future of the Nigerian youths for personal gains and aggrandizement.

Posterity won't forgive the minister of disaster for all she has done to cut short the hopes,dreams and aspirations of today's 500,000 NPower thousand graduates A&B seeking for greener pastures in a government they campaigned and voted for.

Minister Sadiya, your name will forever be remembered as the minister who sacked 500,000 thousand graduates from their jobs instead of soliciting to Mr president, Senate and house of representative for the possible permanency and creation of an N-Power Agency under your ministry to creating a lasting legacy for you and Mr president Mohammedu Buhari to give Npowerites a better life expectancy.

Some beneficiaries have already committed suicide, as all hope seem lost.

Government is a continuum, it comes and goes. You won't be in that office there forever.

Since you took over office, Npower graduates now cry for their 30,000 thousand naira like a baby begging for milk every month unlike when the program was overseen by the Vice President Prof. Yemi Osibanjo.

It is unthinkable to believe that president Mohammedu Buhari who is widely known as a man of integrity with his incorruptible political antecedent's will sack 500,000 thousand graduates back to the streets after refusing to disengage them before the 2019 general election when batch A was due for exit.

So why now? So the government has used us to win the elections and decides to dump us?.

Do you know how many families with kids that depends on the said 30,000 thousand to feed their families with hope permanency and increments?.

One day you will account for your stewardship whether in this administration or in the next.

The EFCC will visit you someday requesting for the list, locations, names and phone numbers of the poorest of the most vulnerable Nigerians you transferred money and Covid-19 palliatives to for probity and accountability.

N322.5 million dollars Abacha loots recovered and used as Conditional cash transfer returned by Swiss government in MoU with Nigeria. Claimed to be disbursed in 5,000 and 20,000 thousand naira respectively to 2.6 million vulnerable persons and 11 million households in Nigeria.

How 109,823 Npower beneficiaries now own businesses in their various communities after being paid 30,000 thousand naira every month, when they are to feed and transport themselves to their various place of primary assignments.

As Nigerians and N-Power beneficiaries,

All we ask from you Hon minister Sadiya and Mr president Mohammedu Buhari is to give us Permanency as exit package. Not the so called 10,000, 20,000, 100,000 to 300,000 thousand GEEP Loans to be released based on psychometric test. Thank you.

Content created and supplied by: PCBGIST (via Opera News )