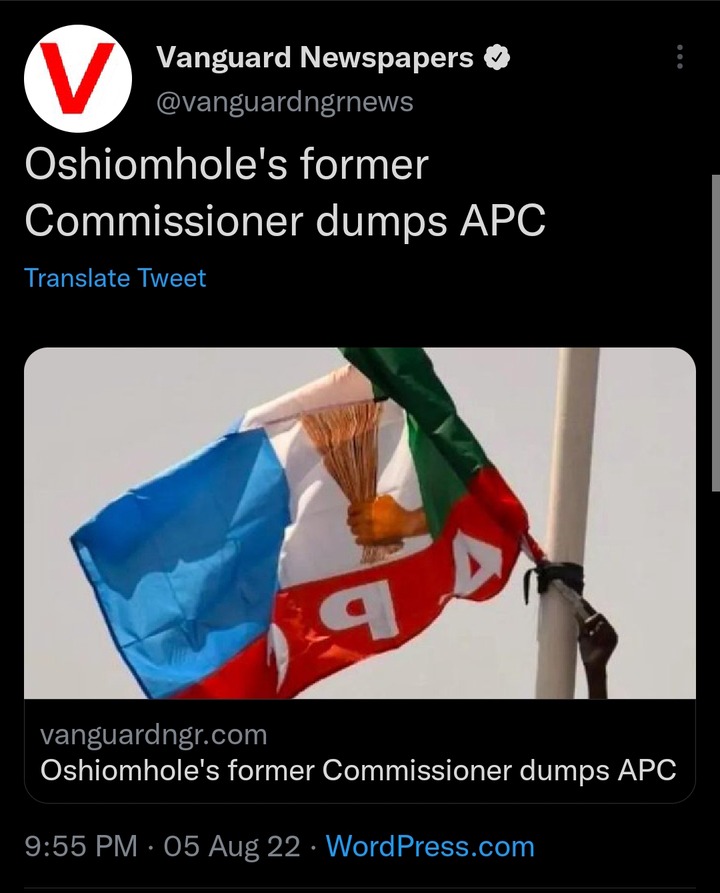 A former Commissioner under the administration of Comrade Adams Oshiomhole as governor of Edo State and a close ally and from the same Ward, Mr Lucky James has resigned from the All Progressives Congress (APC).

A letter addressed to the Ward 10 Chairman of APC in Etsako West local government area dated August 4, 2022 and made available to journalists late Friday reads “I write this correspondence from a place of deep and wide thought, resolve and consultations on different strata. Having considered all my harmless and laboured expectations, experience. 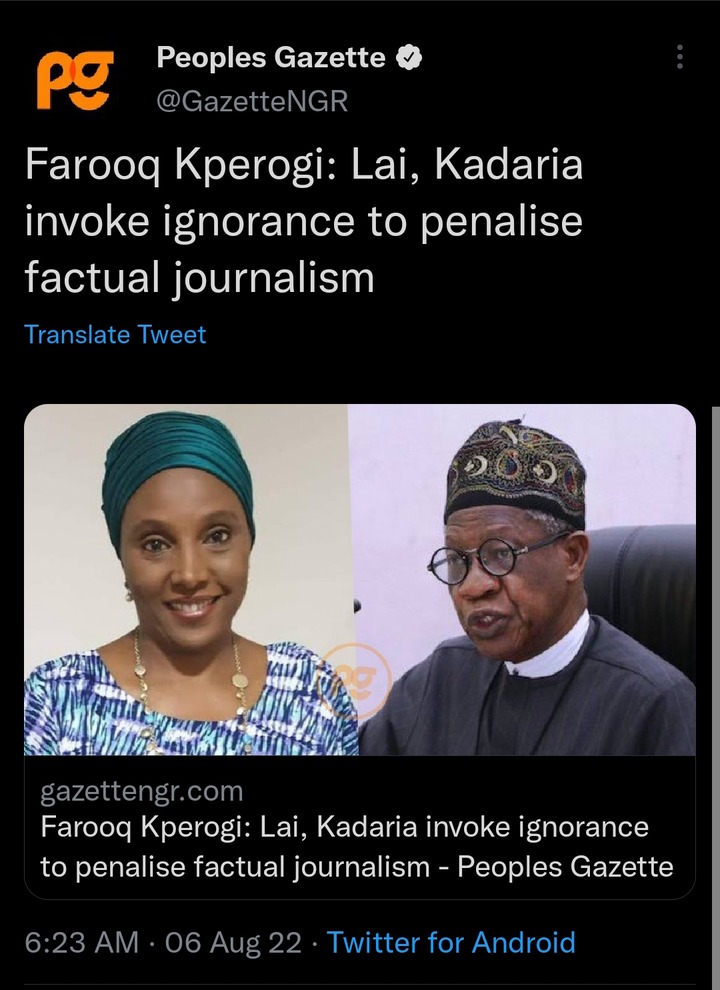 ‘Cost Of Rice, Tomato Could Have Been Worse If Not For Buhari’ – Keyamo 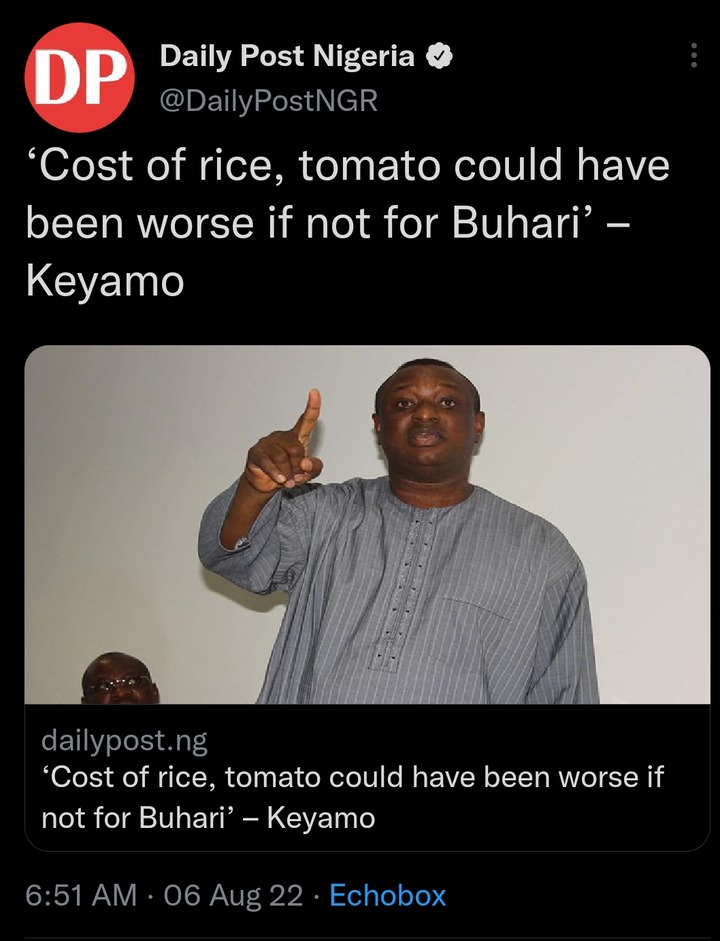 Minister of States for Labour and Employment, Festus Keyamo, has said the President Muhammadu Buhari-led All Progressives Congress (APC) has tried to ensure the prices of food items do not go beyond what it is now.

The legal practitioner said Buhari and the APC must not be judged by the sharp increase in prices of food and other commodities.

Keyamo insisted that it would be a lazy way to campaign if the opposition parties tried to judge the APC government by comparing the prices of food items in 2022 and what they used to be seven years ago when the APC took over. 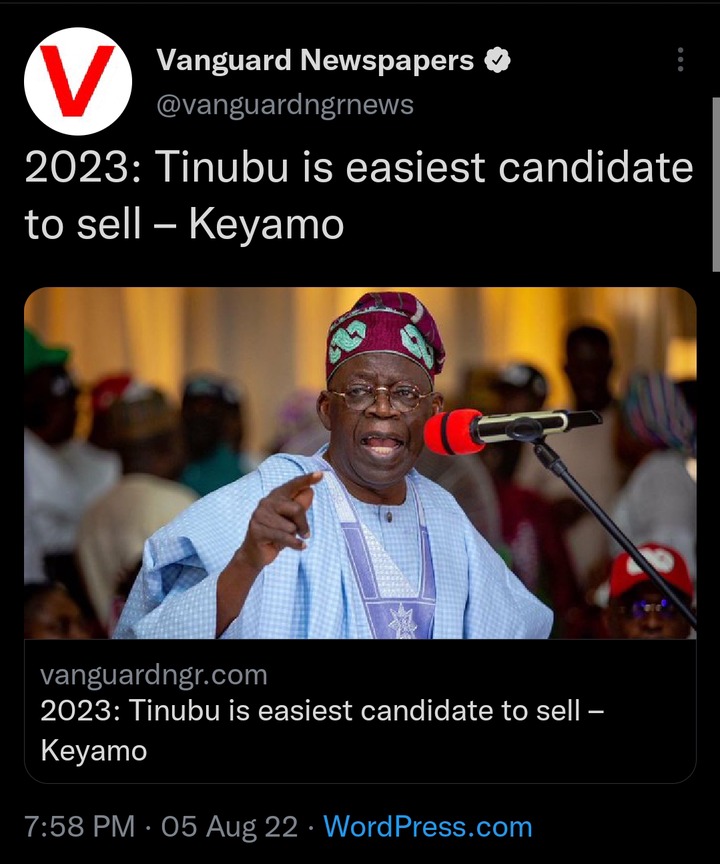 The Minister of State for Labour and Productivity, Festus Keyamo has said that the presidential candidate of the All Progressives Congress (APC), Bola Tinubu is the best candidate to become president of Nigeria based on his antecedents.

Keyamo disclosed this while speaking as the Media Director, Tinubu Presidential Campaign Council during the Channels Politics Today on Friday evening. 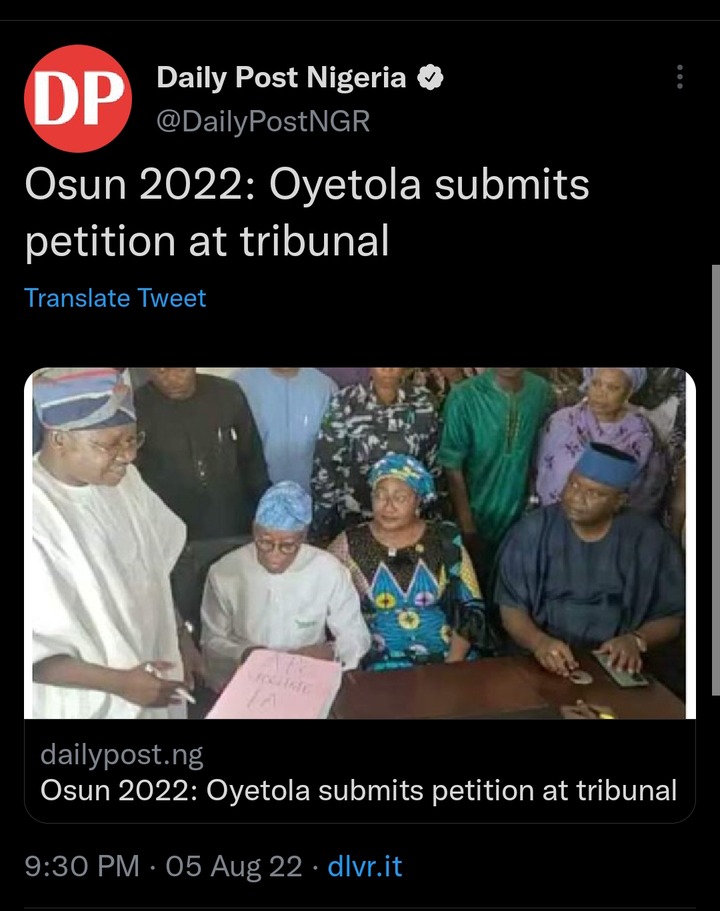 Governor Gboyega Oyetola has finally submitted his petition at the Osun State Governorship Election Petition Tribunal in Osogbo to challenge the victory of Senator Ademola Adeleke.

Adeleke, the candidate of Peoples Democratic Party (PDP) in the July 16 governorship election and was declared the winner of the keenly contested poll by the Independent National Electoral Commission (INEC) having polled a total number of 403,271 against 375,027 polled by Governor Oyetola.