The last has not been heard of the pandemonium which occurred yesterday in the garden city.

Armed policemen had stormed the GRA port harcourt home of the fmr NNDC MD, Joy Nunieh in a bid to arrest her if not for the intervention of the rivers state governor, Nyesom Wike.

According to Nunieh, the men got access to her house around 4 am when they made attempts to break into the main house. 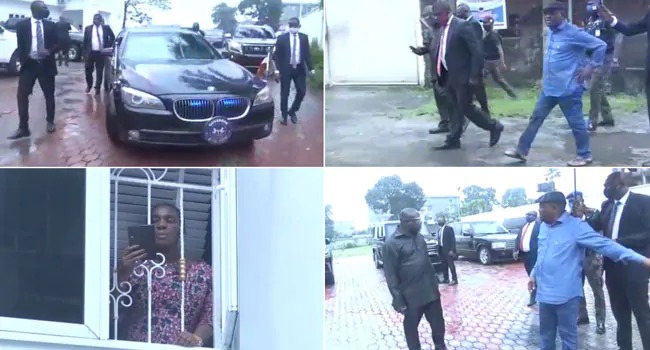 After much squabbles, they were held up as they could not gain access.

She confirmed placing calls to acquaintances who advised her to stay indoors as they could not ascertain the identity of the policemen.

In an interview she granted pressmen from the Rivers state government house, She added that Sen. Magnus Abe had called to inform her that the Rivers police commissioner had confirmed to him that he was not aware of the raid in her house, thus putting a distinct illegitimacy to the whole episode. 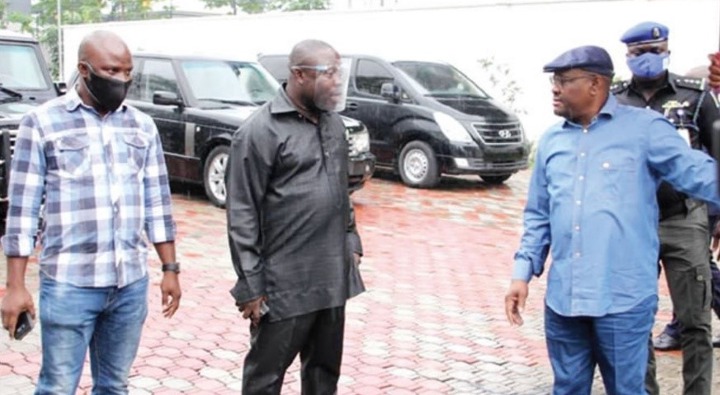 That prompted the subsequent visit of the governor who had to whisk her aware to the safety of the government house.

In a swift and rather shocking pronouncement made this morning, the Rivers state police command has called on the governor to hand Joy Nunieh to them. 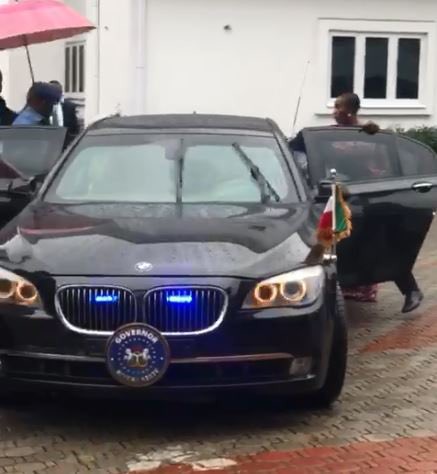 As seen on Arise TV twitter page, the police advised Wike to hand the fmr MD over as the activities of the police at her home yesterday was an official assignment which was in the knowledge of the commissioner of police. 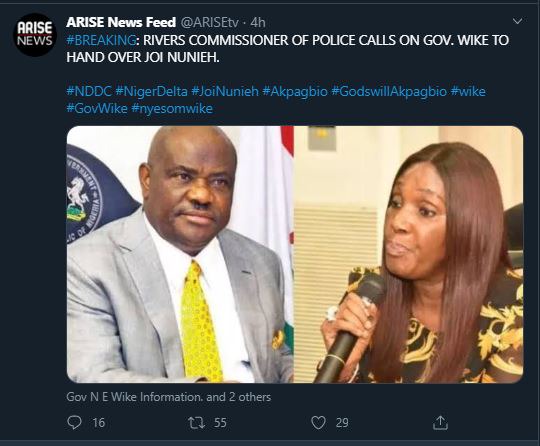 Speaking in a statement, the force PRO, SP Nnamdi Omoni rebuffed the earlier statement made by the Governor that the police that came to Nunieh's home were not known by the Force headquarters.

SP Omoni further added that the men came directly from the IGP's special monitoring team and reported to the police unit in Port harcourt where they made their presence known. 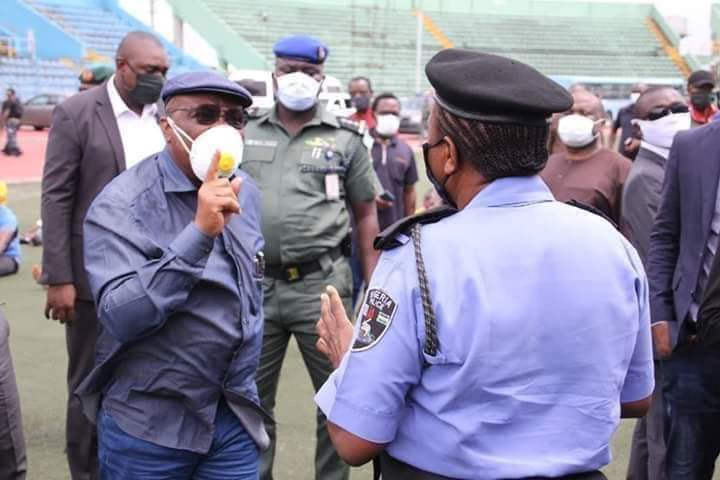 With this new revelation from the police, it appears they is after all, a legitimate warrant for the arrest of Miss Joy Nunieh.

Judging from Gov Wike's antics and past antecedents, we may be having a long fight between the Gov, the Presidency and the police.

We will keep you updated as this new drama unfolds.