By Specialty (self media writer) | 7 days ago 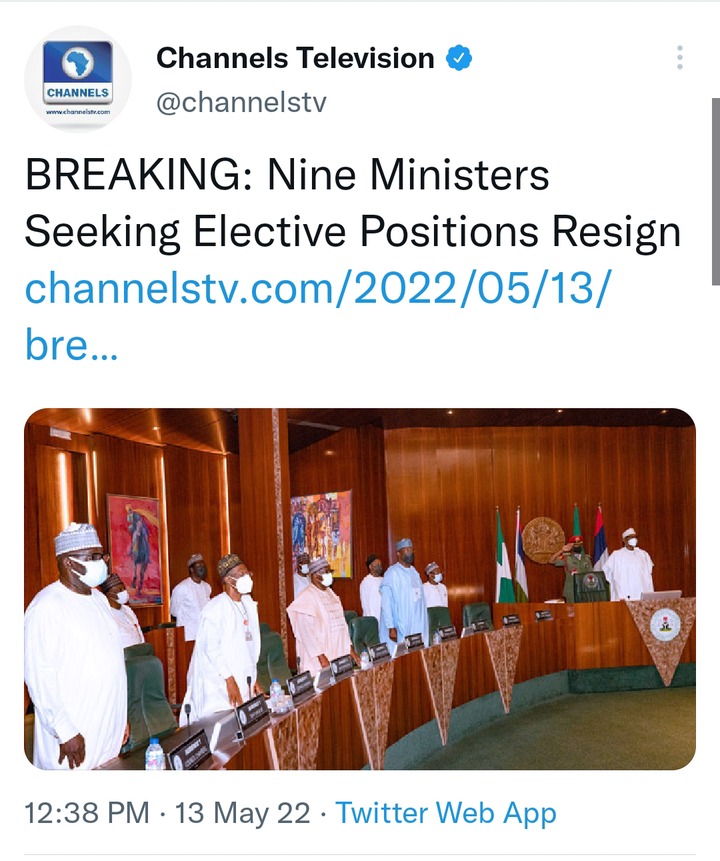 Nine ministers seeking elective positions in the 2023 elections have tendered their resignations.

This was disclosed by the Minister of Information and Culture, Lai Mohammed, after a valedictory held for the outgoing members of the Federal Executive Council (FEC) at the State House in Abuja.

He said that ten ministers in total are leaving. Nine were physically present while the former Minister of State for Education, Emeka Nwajiuba, who is the tenth minister, was absent.

"Tinubu & Osinbajo Can Join Us" - SDP 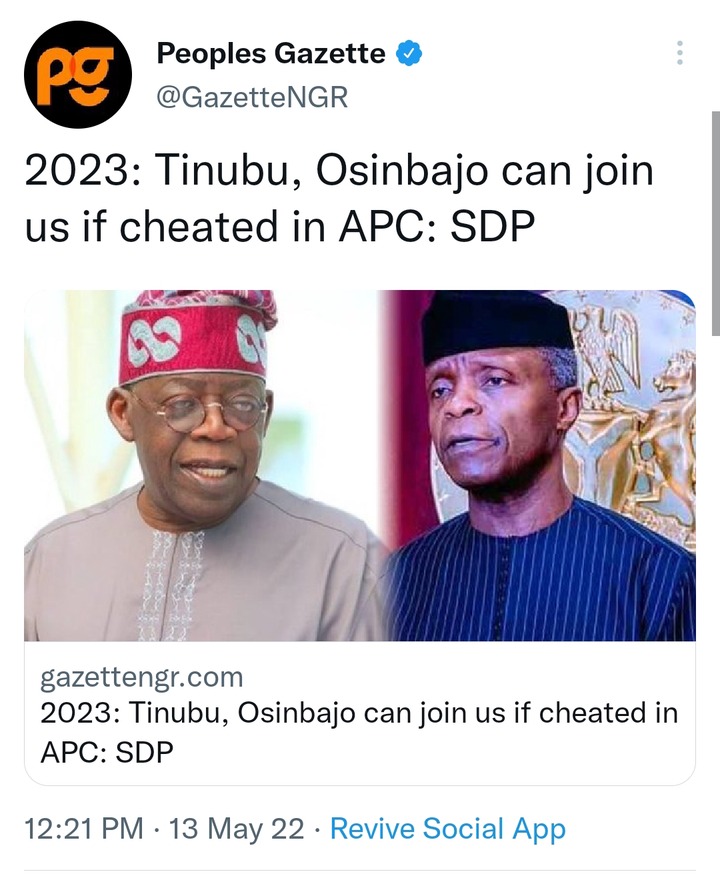 SDP acting national chairman Supo Shonibare, who stated this at a news conference in Abuja on Thursday, however, said aggrieved aspirants from other parties must not come to the party with “baggage.” 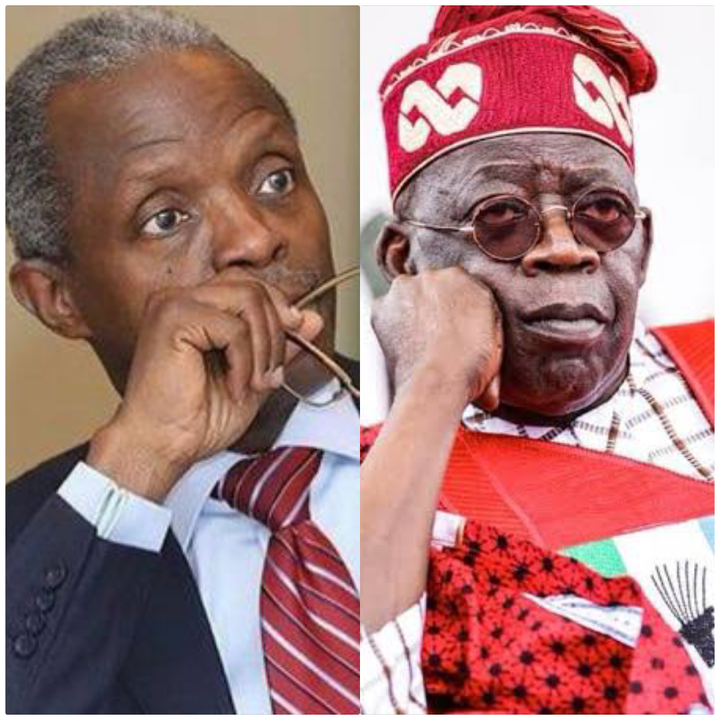 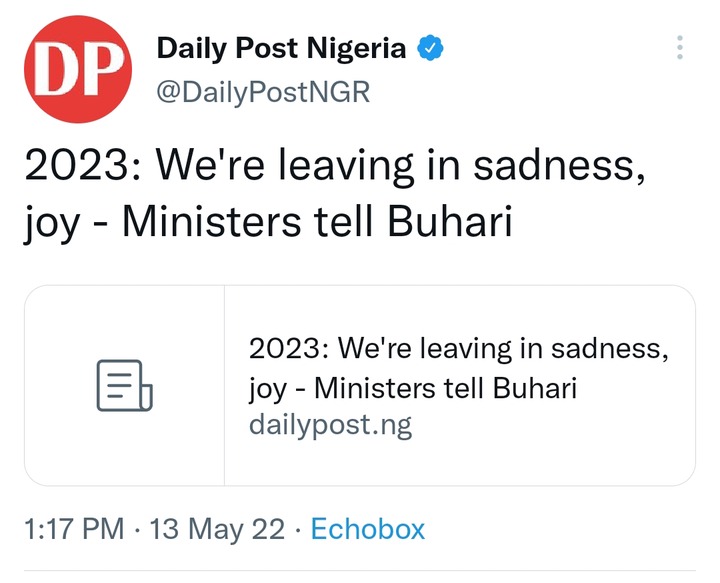 The outgoing Ministers in President Muhammadu Buhari’s cabinet have told the President they are leaving in sadness and joy.

They thanked the President for providing ample opportunities to serve in his cabinet and contribute their quota to nation-building.

Speaking on behalf of the other ministers at a valedictory session for appointees leaving the cabinet to pursue political ambitions, the Minister of Niger Delta, Godswill Akpabio, who is among the presidential candidates on the platform of the All Progressives Congress, APC, described working with the President as a "fantastic and knowledgeable experience". President Muhammadu Buhari has said that replacements for the outgoing members of the Federal Executive Council, FEC, will be appointed without delay.

Buhari noted "that the departure of some cabinet members has undoubtedly created a vacuum that should be filled".

According to Buhari, the “appointments would be made without delay so that the business of governance will not suffer.”

The President spoke at a valedictory session in Abuja, for appointees leaving the Federal Executive Council. 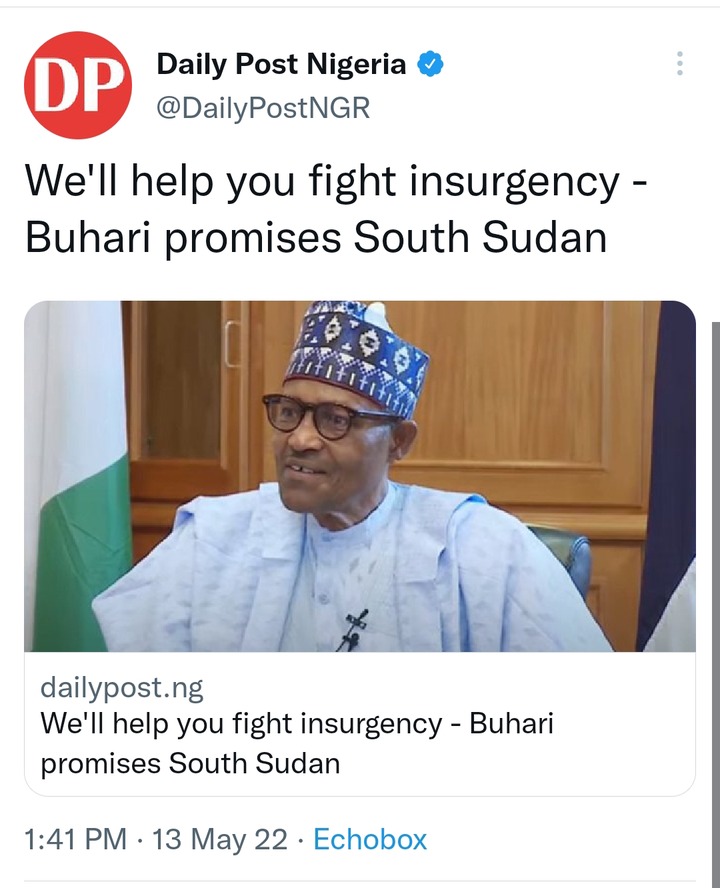 He told the Special Envoy of the situation his administration met on ground in the North East in 2015, and how great strides have been taken in comparison with present days. 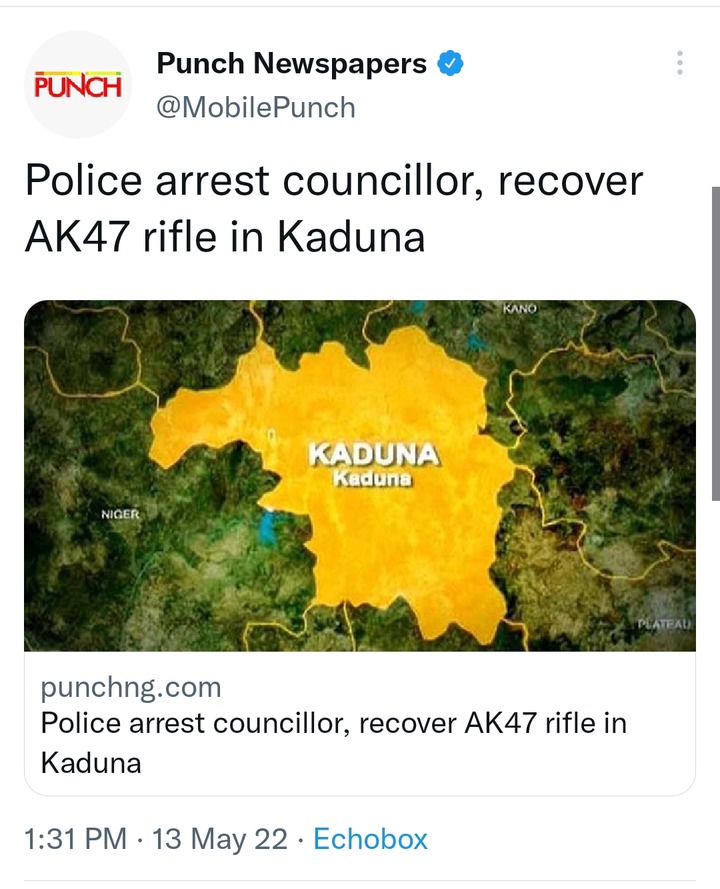 The Police in Kaduna State confirmed the arrest of a serving councillor, recovering "AK-47 with rounds of 7.62 X 39mm" live ammunition from him in the Soba Local Government Area of Kaduna State.

This is contained in a statement issued by the Command’s Public Relations Officer, Muhammad Jalige, in Kaduna.