By Omnipolitico (self media writer) | 2 months ago 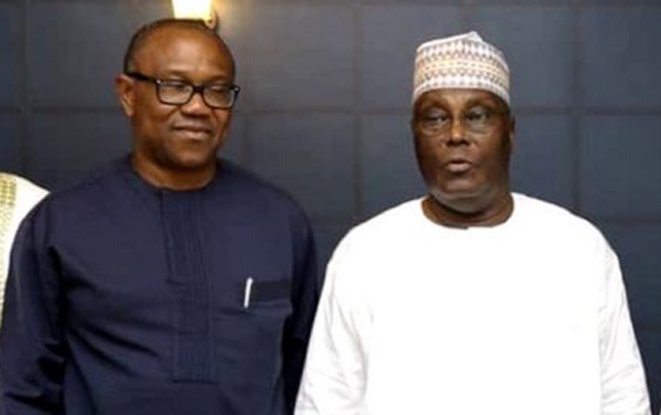 Peter Obi at 61 - Punch Newspapers"/> Atiku Abubakar has absolutely dismissed at chance of Peter Obi winning the 2023 Presidential Election. Taking a cue from the just concluded Osun State Governorship election, Atiku reminded his interviewers on Arise TV that social media had allegedly claimed Labour Party would get as much as one million votes but that was not the case at all.

Atiku who was very measured in his answers to questions about Peter Obi said the Former Anambra State Governor did not consult with him before declaring for Labour Party and he sounded like he felt Mr. Obi might have made a mistake. While not arguing against the interviewers insistence that Peter Obi has become some sort of a social media sensation, Atiku said he does not expect the PDP to lose votes in the Southeast on account of Peter Obi. He also pointed out that a huge percentage of voters in the North and rural areas are not on social media. He insisted that Labour Party lacks the structure to challenge the PDP in any part of the country. He said they have no governor, senator or even a single member representing them in the House of Representatives. This he believes will affect how the party will performs in the 2023 general elections.

Peter Obi and Atiku Abubakar had a very cordial relationship as the former was the latter's running mate in 2019. Apparently, picking Peter Obi in 2019 in no small way helped Atiku Abubakar to clean out the votes of the Southeast in 2019 and analysts are afraid that may change next year with Obi himself now going for the Presidency against his former boss.

Content created and supplied by: Omnipolitico (via Opera News )