Why Some Northerners Are Wrong on Power Rotation

By OmoobaAlekuwodo (self media writer) | 17 days ago

Ahead of the 2023 General Elections, some prominent politicians, opinion moulders and pressure groups have been contributing their voices to the possibility of who should, probably, become the next president of the Federal Republic of Nigeria. 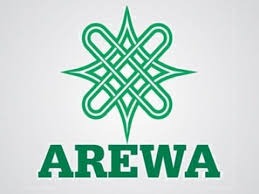 Photo: Arewa, culled from the Vanguard

Dr. Hakeem Baba-Ahmed who is the spokesperson of Northern Elders' Forum, recently, insisted that "The North is not for sale and Northerners will surprise those waiting for them to queue up in 2023 and be given money in exchange for their votes.

Speaking further at leadership lecture that was delivered by Baba-Ahmed at Zaria, Kaduna State, he stated that "anyone who does not want a Northerner as President should leave the country if one emerges.

Interestingly, some Southern groups have responded to the speech delivered by Baba-Ahmed who is the spokesperson of Northern Elders' Forum. However, it is important to pinpoint the mistake of some of the Northerners who may share the same idea with Baba-Ahmed.

Nigeria, as a country, recognises geopolitical zones in the 1999 Constitution and the zones were set up for some political reasons which centre at promoting fairness, equity and unity among the citizens of the Federal Republic of Nigeria. Zoning of strategic political offices was introduced as a political principle that stands on the purpose of setting up geopolitical zones, in the 1999 Constitution of the Federal Republic of Nigeria.

It is important to recall that between 1999 and 2021, Nigeria has been governed by four Presidents who were duly elected and sworn-in as the GCFR.

In the 1999 General Elections, the presidential tickets of the major political parties in Nigeria were zoned to the South and former President Olusegun Obasanjo was produced. He ruled the country between 1999 and 2007.

In the 2007 General Elections, the power rotation took the presidential tickets of the major political parties to the North and former President (Late) Umaru Musa Yar'Adua was produced. Unfortunately, Yar'Adua died in 2010 and vice president Goodluck Ebele Jonathan ruled in acting capacity till the end of the tenure.

In the 2015 Generation Elections, President Muhammadu Buhari was voted and proceed to won his reelection in the 2019 General Elections where the major parties in the contest also picked their presidential candidates from the North.

Considerably, the power rotation history has been South (Obasanjo, 8 years), North (Yar'Adua, 4 Years), South (Jonathan, 4 years) and North (President Buhari, 8 years which is being expected to be completed in 2023).

Considering the above power rotation history, the next president of the country may, definitely, need to emerge from the South and it could be a big mistake for some Northerners to be agitating for holding on to power, beyond 2023.