Adams Oshiomole, Should Stay Out Of Edo Politics -Here's Why [Opinion] 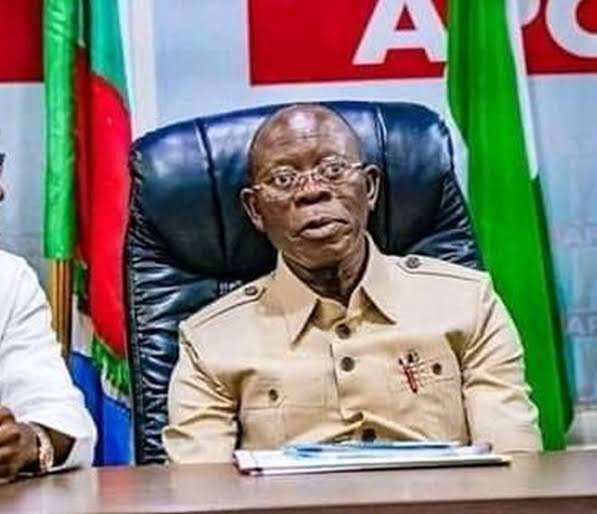 Many Nigerians, have reacted to the grand reception given to Adams Oshiomole, at the Airport in Edo State.

As a matter of fact, some are hailing him for going against the norm, by returning to Edo State to ensure that Pastor Osagie Ize-Iyamu, is elected as Governor of Edo State, while others feel that Oshiomole, should not be involved, with something like Edo politics.

In my opinion, the former National Chairman of the APC, should avoid playing this kind of politics, for these reasons:

1. He Is A Statesman Of Repute:

I strongly believe that men like Oshiomole, who have handled national posts in their party , should so respect themselves, by not involving themselves in these 'low' political terrain. He should act as an umpire, as against political canvassing.

2. His Presence Will Encourage Godfatherism:

As a matter of fact, it is important politicians do not have a 'back-up' or people, who keep paving way for them, as against convincing the citizens to vote for him. Godfatherism, will eventually cripple politica, in any system it is found.

3. His Legacy As A Former Governor In I'm State:

Not a few Edo citizens, will attest to the fact that they were not impressed with Oshiomole's leadership as governor of Edo State. Hence, they may take his words and promises with a pinch of salt.

Based on these facts, I strongly believe that Adams Oshiomole, should be made to stay out of active Edo Politics.

What is your take on this issue of discussion?

Content created and supplied by: Overflow_01 (via Opera News )