What’s happening with the Muslims of Uyghurs in China? 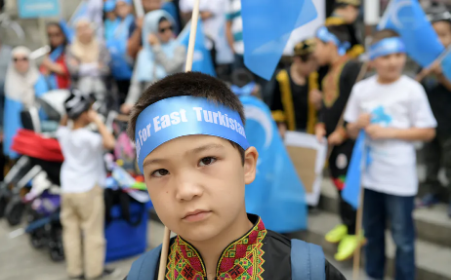 What is happening in Xinjiang is that the West wants to antagonize China on what they falsely claim to be large scale internment of local populations. China is trying to integrate its native Uyghur population economically and culturally into its system, which many of them have refused to do. And the West wants you to believe that something extremely terrible has happened in Xinjiang on a scale unparalleled before.

That is why it has consistently used the word Muslim (and not Uyghur) ad nauseam to seemingly try to rally Muslim countries against China. It wanted to throw China under the bus with the support of the international community over what it claimed was state sponsored human rights violations. But that failed. As they lacked evidence to back such claims (in particular in providing evidence of the scope and scale of such « internment policy »)

The West wants to sabotage China’s economic and political expansion by using those same old tactics. It is trying to internationalize an issue that is seemingly a domestic one. Just the same as it tried in Syria. The West always tries to use other countries’ characteristics to their personal advantage and profit. Divide and rule. Libya anyone? Syria… Yemen? Maybe the fact that Iran is no stranger to Western ostracism is telling about how much the West cares about other countries’ welfare. You never heard about Xinjiang so much until the One Belt One Road project was launched. No coincidence there.

The West doesn’t like its 200 years hegemony to be challenged. And it is making it clear that whatever happens to China’s Uyghurs is also its business! Now China is trying to nip any future rise of uyghurism movement in the bud with Communist methods, as it tried to tame unrest before and that didn’t work. And because the West can’t legitimately defend that Uyghurs have right to long coveted independence, which it so wonderfully and vehemently denies to Catalans, Venetians, Corsicans and Kanaks, therefore it is deliberately trying to portray China as enforcing a state sponsored gulag machine programme and represent it as « human rights violations ». While I wouldn’t deny accounts of people being subdued, I find it problematic that out of the millions of reported detained people, so few people can actually testify about this « large scale incarceration » accounted by all major Western media outlets. It stands to reason that the USA has long granted political asylum and supported people like Rebiya Kadeer, not for humanitarian reasons but rather for political motives. (But that, it doesn’t tell you)

The West is just that painstaking: if it doesn’t like you then it will find undefined ways to wage war on you. 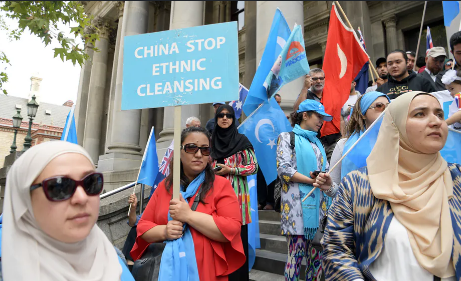