A Look At The Much Awaited Donald Trump’s Middle East Peace Plan.

By BONARIO (self media writer) | 2 years ago 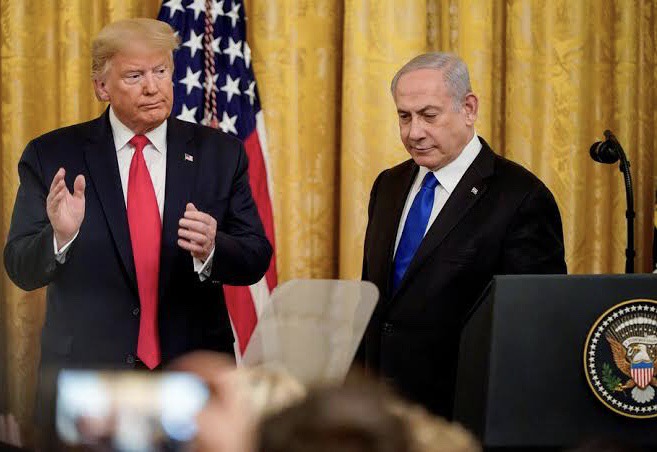 On Tuesday, 28th of January, 2020, US President Donald Trump unveiled the much awaited and long delayed peace plan for the Middle East. The plan was met with a lot of mixed reactions, with the Israeli leaders, British PM Boris Johnson showing massive support for it, while the Palestinians and its leaders out rightly rejected the plan, saying its purpose was to impose permanent Israeli rule over the West Bank.

President Trump held separate meetings with Israeli Prime Minister Benjamin Netanyahu and his election rival Benny Gantz on Monday 27th January, 2020, in Washington, DC, to discuss the peace plan. A meeting none of the Palestinian leaders were in attendance due to the fact that they had boycotted the Trump administration since it unilaterally moved its embassy to Jerusalem.

In response to the unveiling of the plan, Palestinian Prime Minister Mohammed Shtayyeh said, "We reject it and we demand the international community not to be a partner to it because it contradicts the basics of international law and inalienable Palestinian rights"

Palestinians took to the streets in great number to Express their displeasure at the plan, with banners reading "Palestine is not for sale".

The members of the Palestinian Liberation Organisation, Hamas and the Islamic Jihad showed a rare display of unity by attending a televised address by the Palestinian President Mahmoud Abbas where he dismissed the plans as a "conspiracy". He said, "I say to Trump and Netanyahu, Jerusalem is not for sale, all our rights are not for sale and are not for bargain".

The Middle East plans are contained in a 12 page document and the main points of the plan include:

* Jerusalem will be Israel's capital

This unveiling seems to be coming at a very sensitive time for both Israel and the US, with Trump is in the middle of an impeachment trial, while Netanyahu had been formally indicted in court on corruption charges.

Netanyahu was in Washington for meetings with US President Donald Trump in advance of the release of the proposal when Israel's attorney general filed the charges in a Jerusalem court on Tuesday.

Both leaders are also facing re-election. Israelis are due back in the polls on March 2 and Trump is gearing up for US presidential elections on November 3.

The international community seems to be rooting for Trump's "deal of the century". With senior White House adviser and drafter of the Middle East Plan saying the US president termed it as "a last chance" for the Palestinians. Hopefully they can all come to an agreement to end this world's longest-running conflict.

Content created and supplied by: BONARIO (via Opera News )