Did You Applied For FG's 774,000 Job? See The New Date President Buhari Approved For It To Kick Off

The rate of unemployment in this country is becoming alarming such that a large portion of graduates upon completion of their studies and mandatory NYSC stay for months or years without getting a job. As this had been happening for so many years, graduates have resolved to learning skills so as to make ends meet and this has also made many young people not to value education at all.

Due to this, the FG under the President Buhari Administration rolled out various schemes to reduce the rate of unemployment in the country. The scheme such as Npower, Survival funds omg others are targeted at training youths in their field of endeavor and to also give them a monthly payment for them to start a business. 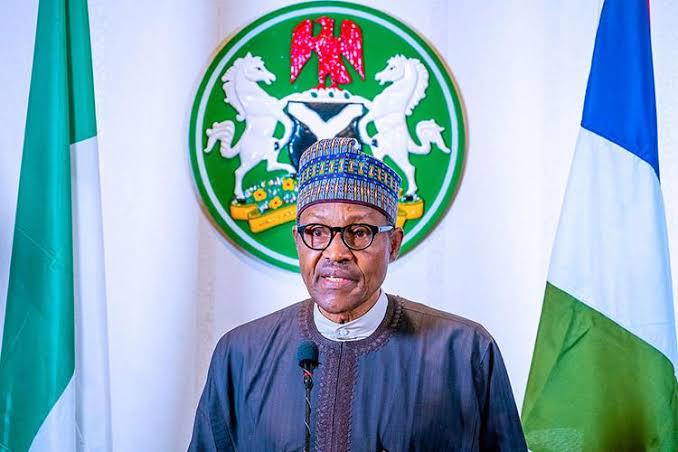 Away from that, early last year the Federal Ministry of Labour and employment made a proposal to the FG to help unemployed youths hence making them come up with the Special Public Work (SPW) Scheme.

The Special Public Work is a Recruitment initiative set up by the federal Government of Nigeria to employ youths from all 774 Local Government Areas in Nigeria. 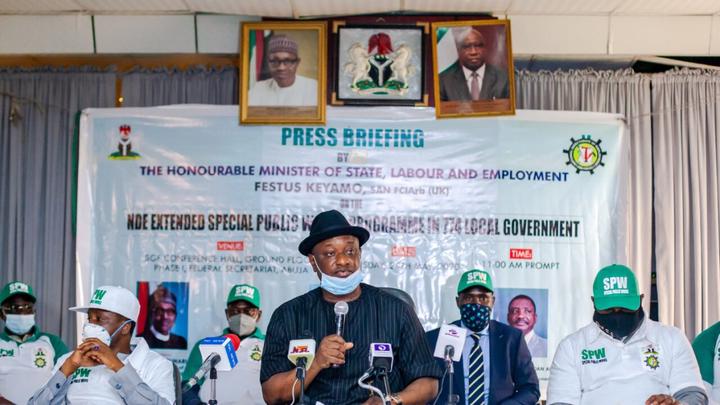 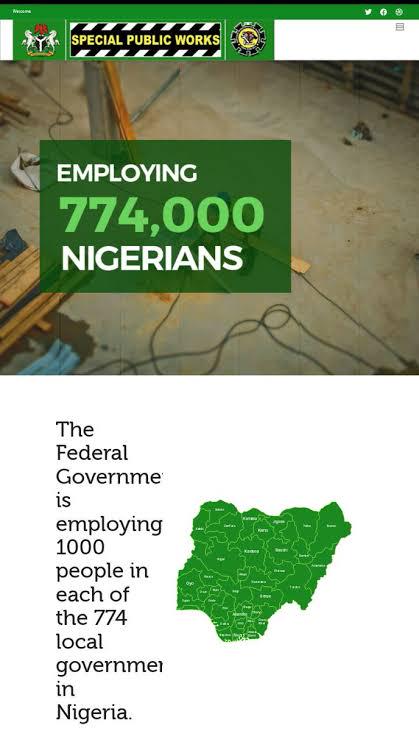 The scheme is meant to focus on areas like Public Health, Agriculture, Infrastructural Development, road construction among others. According to reports, the Scheme overseen by the Labour Ministry and the National Directorate of Employment (NDE) is designed to employ 774,000 unemployed youths from 774 local government areas in Nigeria. 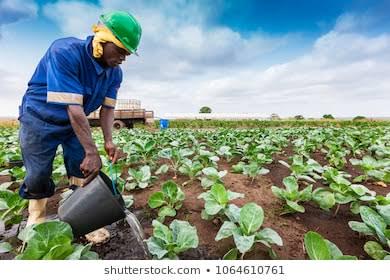 However, there was delay in the commencement of the program as the Minister of States for labour, Festus Keyamo SAN had earlier scheduled that the program would be flagged off by mid 2020 but was delayed due to the COVID-19 Pandemic that ravaged the country. 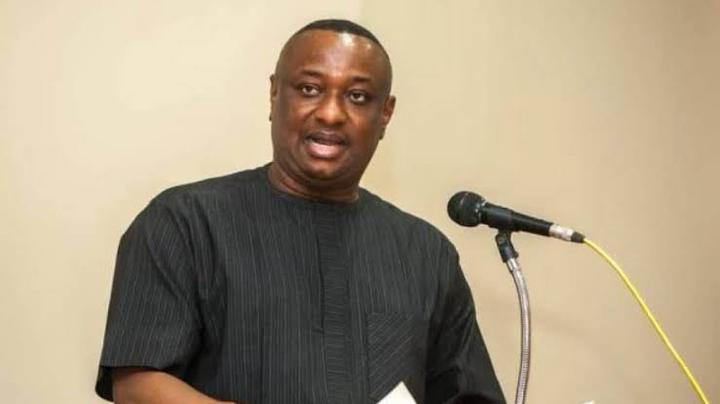 In another move, the scheme was postponed till Oct 1, 2020 and later December 1 but all effort to get it started was futile even though applicants have duly submitted their details to their respective Local Government Areas.

Meanwhile, information gathered by CityPost around November 2020, is that successful applicants have been contacted through text message but there has not been a solid evidence as regards that and no statement about the shortlisting has been released by the coordinating ministry.

However, there has been a good news from the FG as the Minister of State for Labour, Festus Keyamo SAN revealed that the new flag off date has been approved by President Buhari and all hands are on deck to make it a success. 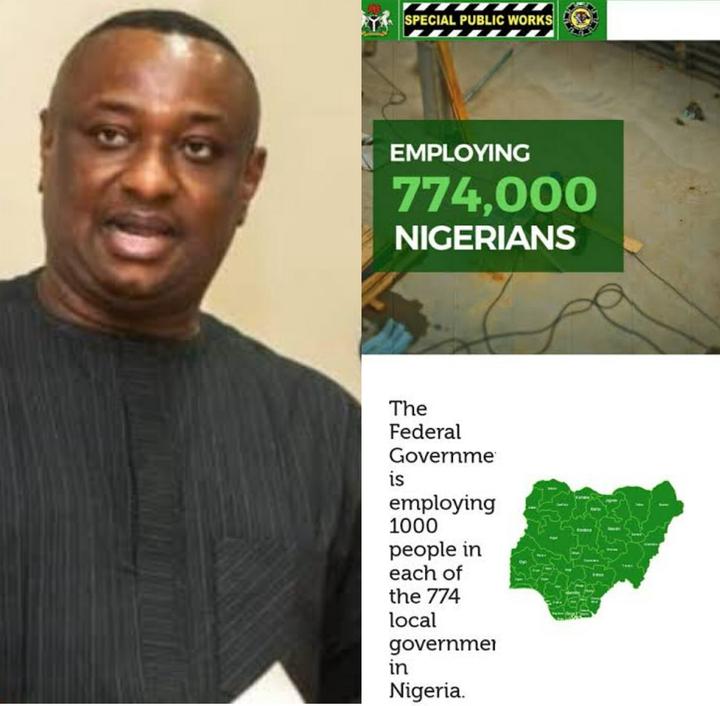 Keyamo took to his verified twitter account to break the good news stating that the scheme will now kick off Nationwide by January 5, 2021.

In his statement, he said;

"President Muhammadu Buhari has approved the take off of the Special Public Works Programme (engaging 774,000 unemployed itinerant Nigerians) to begin nationwide on Tuesday, January 5th, 2021. All NDE state structures are already in top gear for the take-off ceremonies". 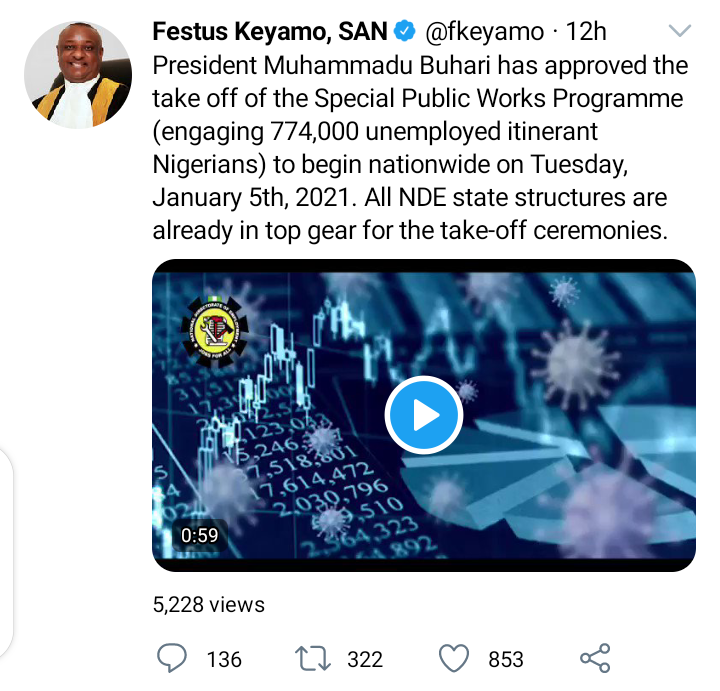 This announcement will be a good news to applicants from the 36 states across the federation who have been waiting for the scheme to commence fully.

In conclusion, It should be noted that the SPW scheme is to run for three (3) months and not like Npower which will run for 1year while Successful applicants will be paid a sum of 20,000 naira for 3 months unless if extended under the scheme.

More so, as announced by the Minister of State for Labour, the Special Public Works is not designed or created for people who have a job and earning a living elsewhere. This scheme is designed to cater for young people between the ages of 18 - 35 to get trained and assist other sector in fast tracking the development in each LG delayed by the COVID-19 outbreak.

Feel free to drop your opinion in the comment section below and if you have questions about this, please let me know in the comments section.