The Peoples Democratic Party (PDP) stated that l the report by the National Bureau of Statistics (NBS) on escalated 33.3 percent unemployment rate in the country is a direct confirmation that the claims of massive job creation by the Buhari and APC are not true. 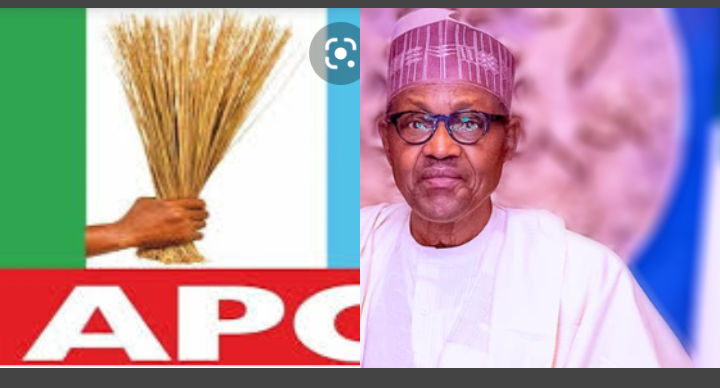 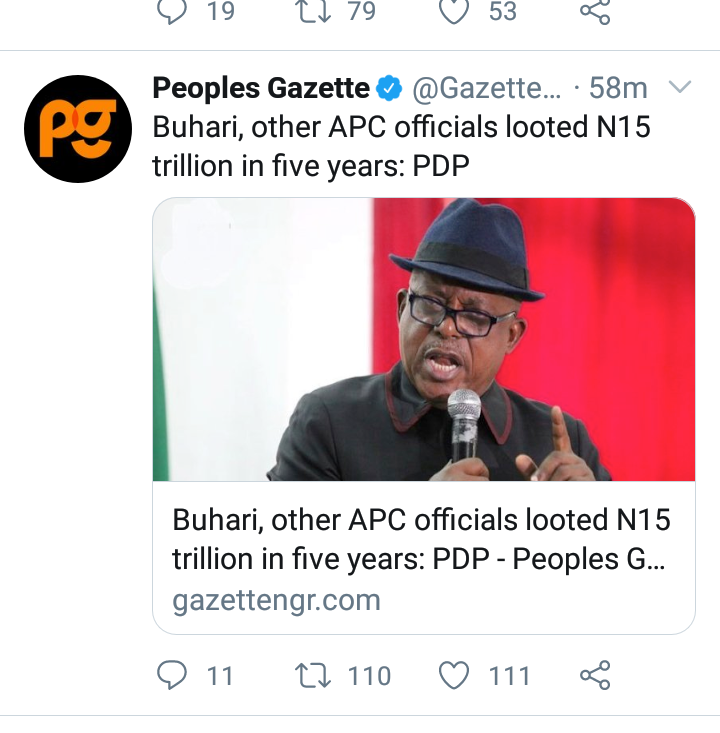 PDP disclosed that the report by the NBS stated that no fewer than 21.7 million able bodied Nigerians have lost their jobs and means of livelihood while many more have become under-employed under the APC government.

PDP stated that It is now clear that the direct cause of the escalating unemployment is the incompetence as well as the widespread corruption and treasury looting in the Buhari administration, where APC leaders are reported to have looted over N15 trillion, which should have been used to create wealth, develop our country and provide jobs for our citizens.

It's important to know that the National Leader of the pan-Yoruba socio-political group, Afenifere, Pa Reuben Fasoranti, has stepped down due to old age. 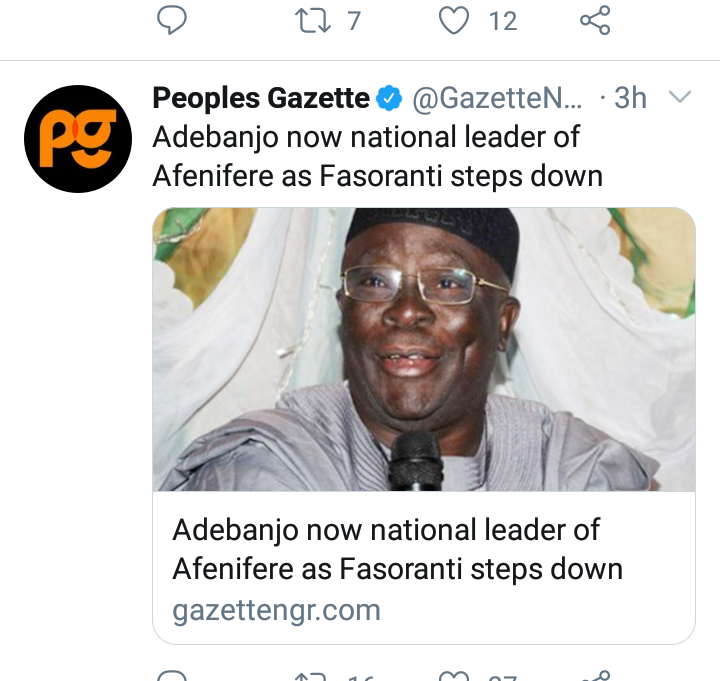 Fasoranti disclosed his decision to step down on Tuesday during the group’s monthly meeting held at his residence in Akure.

He said that the development became necessary as the group needed to have an improved organisation with a more effective approach to combat the monstrous invasion of their culture and pride as a people.

Niger State Governor, Alhaji Abubakar Sani Bello, has called for the setting up of state police in the country to offer the required security at the grassroots. 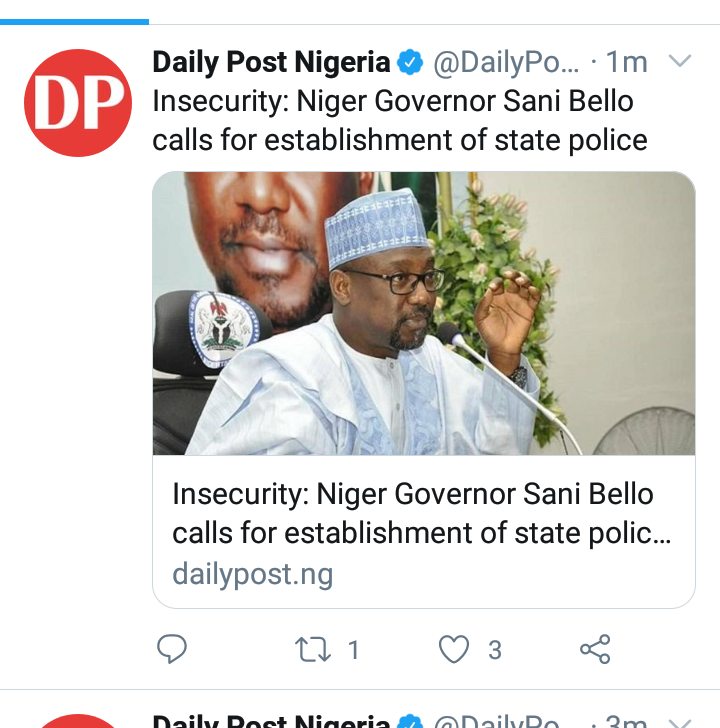 It's important to know that Sani Bello made that statement during a visit by the Association of Local Government of Nigeria (ALGON), led by its President, David Kolade Alabi on a courtesy at the Government House. The Governor said it has become necessary in view of the fact that the Federal Police lacks adequate manpower.

He explained that establishing the state police will ensure security gets down to the lowest level of the country.

The Ogun State Police Command has uncovered a new tactic employed by kidnappers in carrying out their nefarious activities in some parts of the state.

This was made known by Abimbola Oyeyemi, the state command’s spokesman.

The command said kidnappers now position their operational vehicle by the road side, pretending to be out for commercial services, with about four members of the gang posing as passengers in the vehicle. 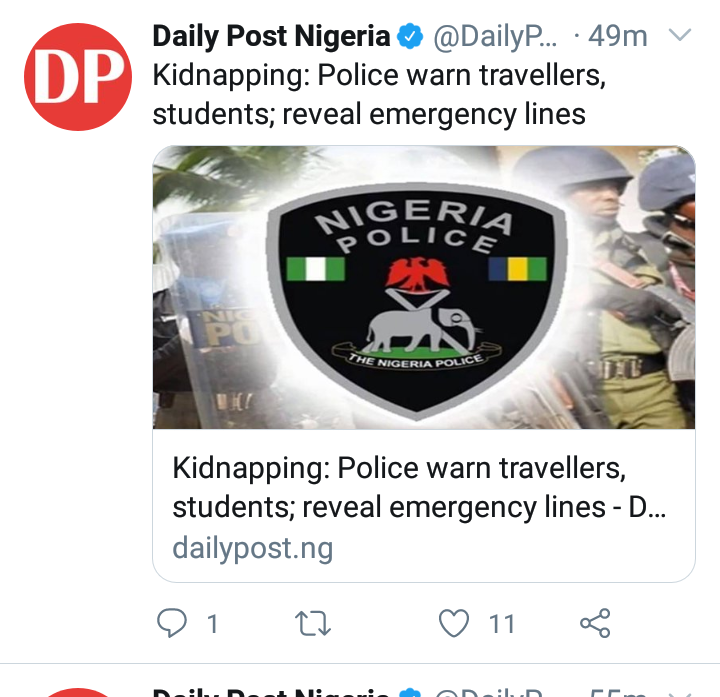 Oyeyemi stated that the kidnappers will then start moving round, looking for their targeted victim, supposedly to complete the fifth passenger in the vehicle.

In view of this new development, the police command has appealed to members of the public to be extra-vigilant, and be mindful of the type of vehicle they take, most especially while on an inter-state journey.

So what do you think about this advice given to travelers by the police?.

After Nigeria Was Named The Country With The Largest Economy In 2021, See How Buhari's Aide Reacted

5 interesting mineral resources in Nigeria and their location

The Church Is Not Responsible For The Hardship In Nigeria; Stop Criticizing Bishop Oyedepo