By Mr_Counselor (self meida writer) | 3 months

About some hours ago, Channels Television reported that Ishaku told the Federal Government of Nigeria to allow Nigerians Carry licensed guns. 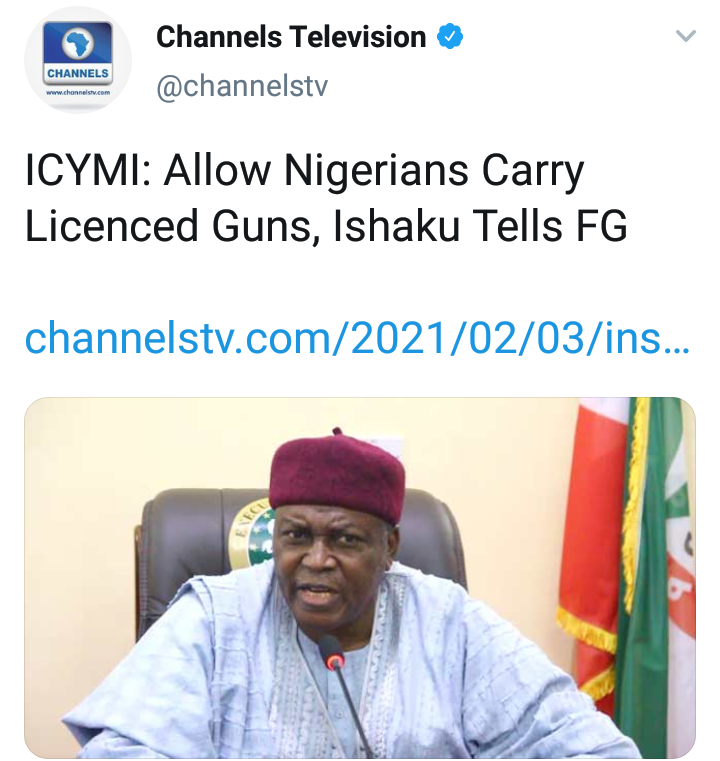 According to Channels Television, on Tuesday, 15 local government government chairmen of Taraba State visited the governor of the State, governor Darius Ishaku to pay condolence after one of them who was kidnapped and killed by gunmen was buried.

The governor showed his displeasure over insecurity which he said is worsening. 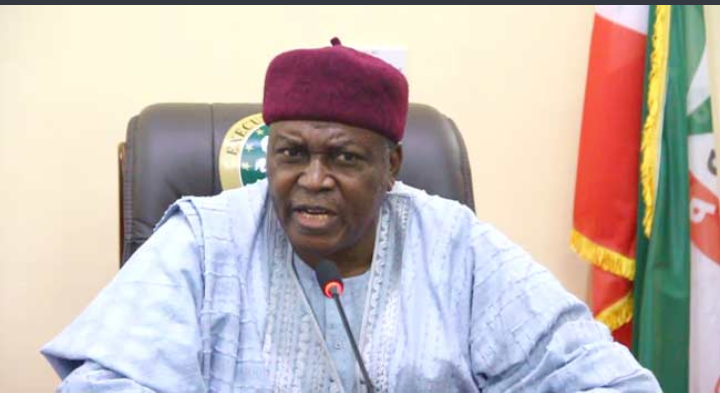 Channels Television reported that the governor asked the federal government to allow Nigerians carry licensed guns as the insecurity in the country increases.

Reacting to the post by Channels Television, a young man known as Harrison on tweeter has made his own choice of gun even though the plea has not been looked into.

Harrison said that he would go for the latest Russian AK12 assault riffle. 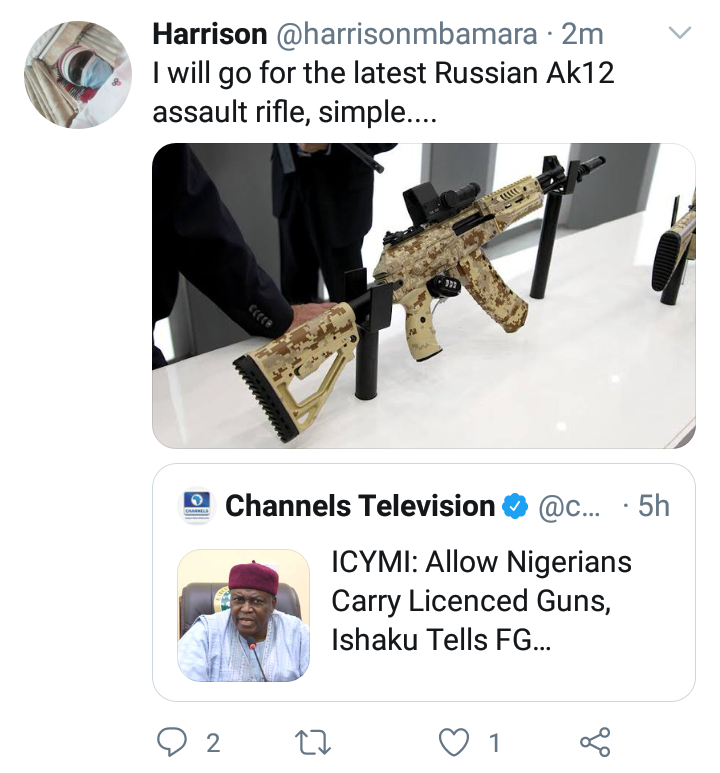 See the gun below. 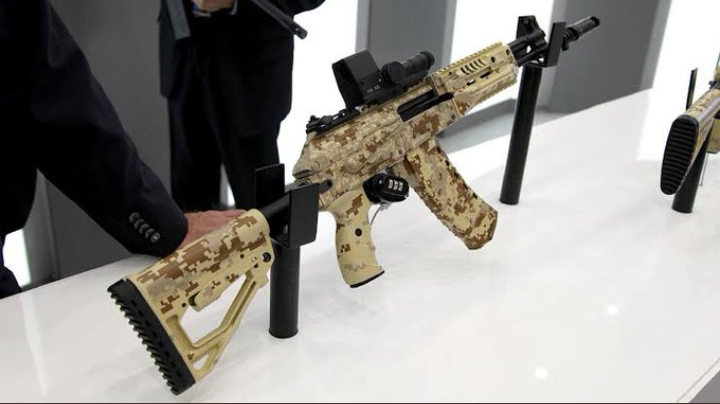 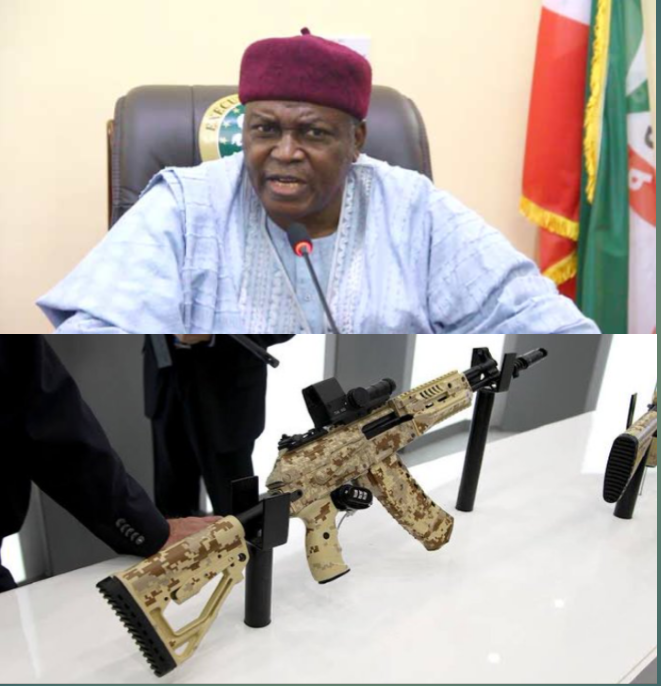 Do you suggest Nigerians are allowed to carry licensed guns?