By Crypthoughts (self media writer) | 8 months ago 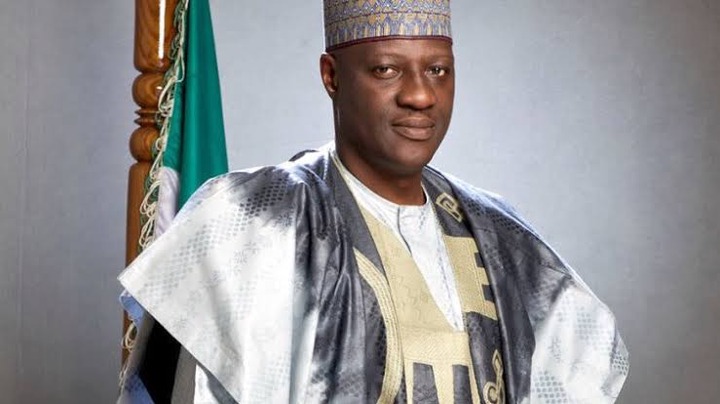 The immediate past governor of Kwara State, Abdulfatah Ahmed was on Monday detained by the Economic and Financial Crimes Commission (EFCC).

The former governor who steers the affairs of Kwara State for an uninterrupted two-term of eight years (2011-2019), and before becoming the governor was the commissioner for Finance during Bukola Saraki stint as the governor, was reported by channels television to be questioned for over seven hours by the operatives of the EFCC at the headquarters. Having obeyed the invitation by the EFCC, Ahmed went into the anti-graft agency headquarter at Jabi, Abuja at about 10 a.m Monday.

The invitation and his subsequent detainment are revealed to be linked to misappropriation and diversion of Kwara State government funds to the tune of about 9billion. The misappropriation reportedly occurs during the period Ahmed was commissioner and subsequently, the governor of Kwara state.

In a statement released by the spokesperson of the ex-governor, Alhaji Oba Wahab confirmed the Ex-Governor was invited by the commission, an invitation he Ahmed honored. In his words, he said “ Ex-Governor of Kwara state, Alhaji Abdulfatah Ahmed today visited the EFCC in Abuja in response to an invitation concerning an ongoing investigation. Alhaji Ahmed has always coorporate with the agency in it’s investigation and will continue to as a law abiding citizen”

Also as a confirmation, a spokesman for the EFCC, Wilson Uwujaren said that the former governor responded to the commission’s invitation.

Content created and supplied by: Crypthoughts (via Opera News )