The police spokesman in the state, DSP William Aya, who confirmed the incident to newsmen said that Adembe was kidnapped at about 5:20 pm on the Okene -Eganyi Road.

According to him, the traditional ruler was returning to his community from Okene, also in Kogi, when he was kidnapped. 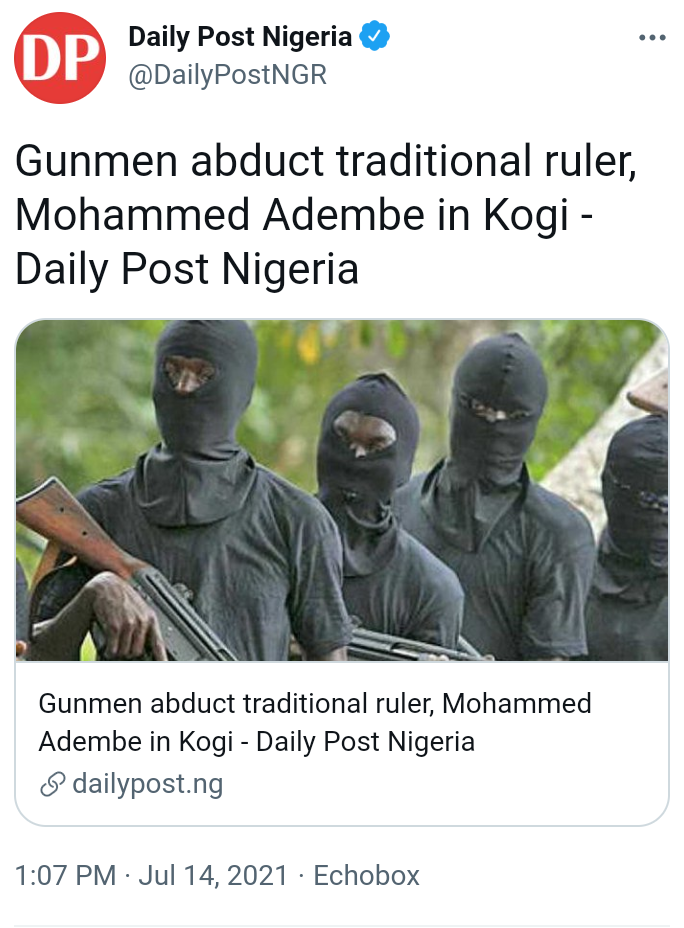 “His car slowed down at one of the potholes on the road; the gunmen emerged from a nearby bush and started shooting sporadically into the air, thereby forcing him to a stop.

“Other occupants of the vehicle were spared as the gunmen marched only the traditional ruler into the bush,’’ Aya explained.

He added that policemen were already combing the surrounding area and the bush to rescue the victim and reunite him with his community.

Senate President Ahmad Lawan has again dismissed insinuations that the leadership of the National Assembly has tampered with the Electoral Act (Amendment) bill under consideration.

The lawmakers have been accused of making moves to accommodate contentious clauses in the bill.

Critics had raised the alarm over an alleged attempt to stop the transmission of election results electronically, contrary to the original draft and the proposals canvassed by stakeholders during public hearing. 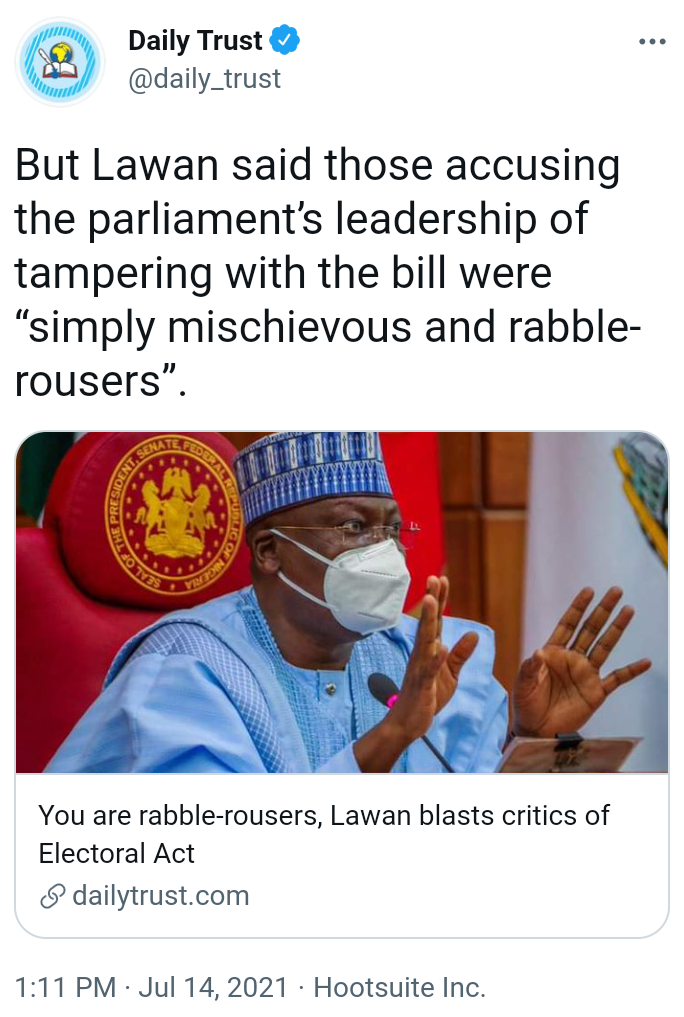 But Lawan said those accusing the parliament’s leadership of tampering with the bill were “simply mischievous and rabble-rousers”.

He stated this in a remark after the Chairman of the Senate Committee on Independent National Electoral Commission (INEC), Senator Kabiru Gaya submitted his panel report on the bill. 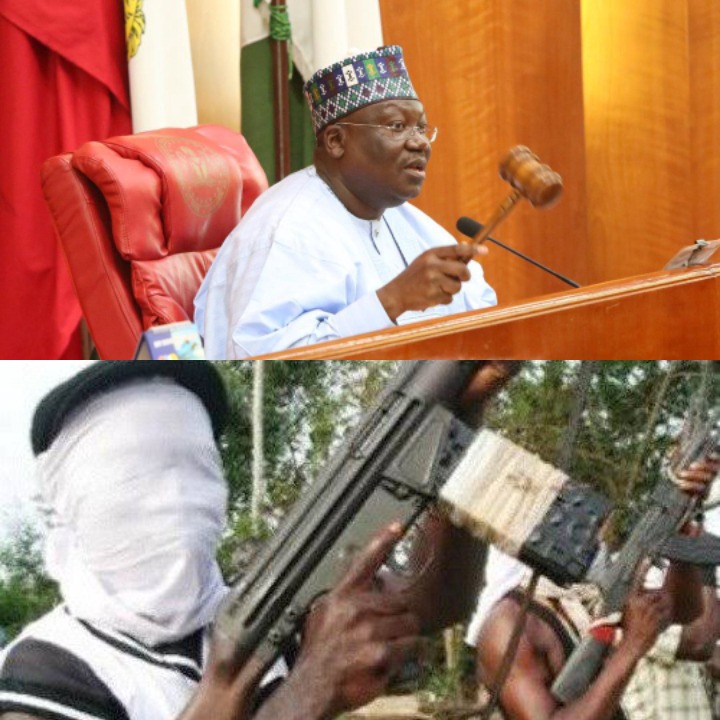 The Jigawa State Police Command has confirmed the abduction of the wife of the former chairman of Kaugama Local Government Area in the state, Alhaji Ahmed Yahaya Marke by unknown gunmen.

The gunmen were said to have kidnapped the politician’s wife from their residence after storming the area around 1am on Wednesday.

The victim has been identified as Hajiya Fatima, the first wife of the former LGA chairman.

One of the victim’s children Aliyu Ahmad, who spoke to Channels Television about the incident, about 10 gunmen stormed the residence on motorcycles. 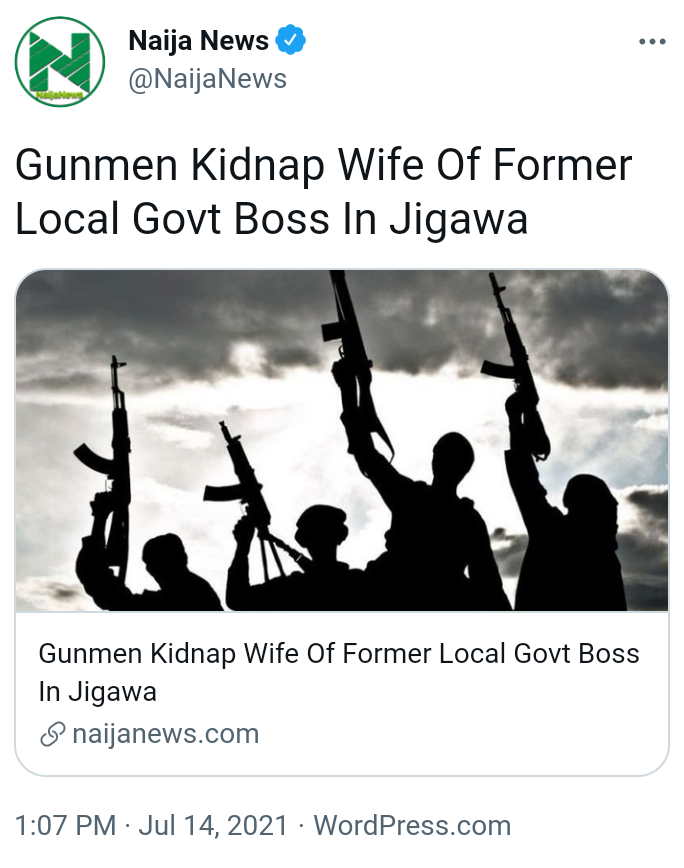 He added that the family members have been contacted, but no ransom has been demanded.

“Four of the gunmen entered our father’s home all armed, while six others were outside. They beat the women in the house and whisked away my mother on their motorcycle.

“They have called us but they are yet to tell us the amount we have to pay for them to release her. We have also reported the case to the Kaugama divisional police station,” Ahmad explained.

The police public relations officer in the state, ASP Lawan Shisu also confirmed the incident, adding that the police are working together with vigilantes and local hunters in the community to trace the kidnappers and subsequently rescue the victim.

Nollywood actress and billionaire’s wife Regina Daniels has reacted to the music video of her mother, Rita Daniels, with her alleged younger lover, Larry Zuka.

Naija News understands that photos of Rita Daniels’ traditional wedding to a young lover all loved up surfaced sparking series of controversy and reactions. 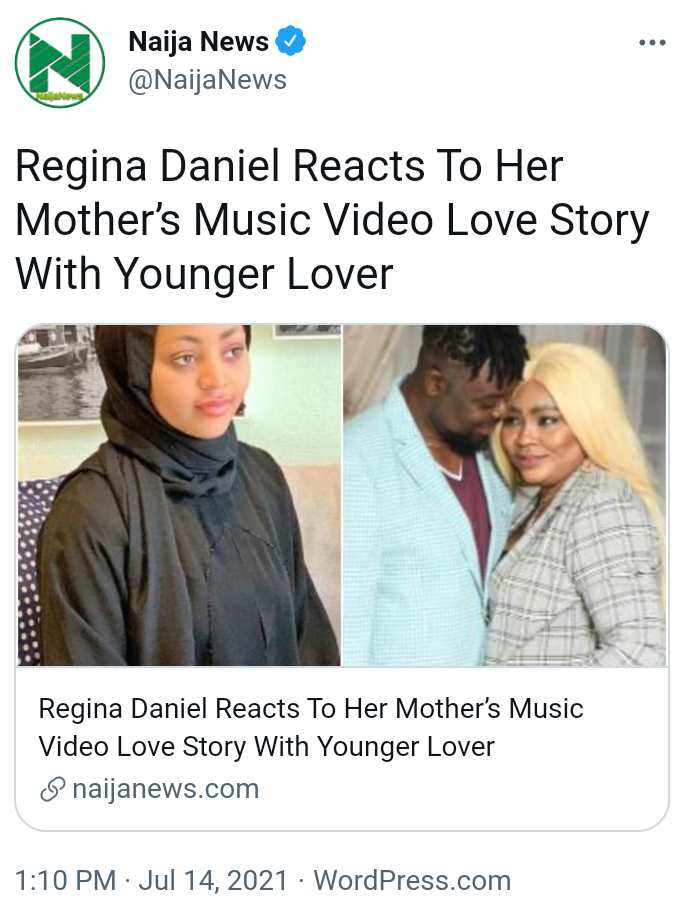 The actress has however come public with her relationship after sharing a video of her love story in a new muscial video with younger lover, Larry Zuka.

Sharing the video, she captioned it; ‘My love story link on my bio….’

Her daughter Regina Daniels who’s married to a much older Nigerian billionaire, Ned Nwoko, reacted to the music video of her mother expressing her love interest to her younger lover.

She wrote; ‘What’s going on here?’

Content created and supplied by: AkwaGist247 (via Opera News )