By GlobalBreakingNews (self media writer) | 2 years ago

Is Buhari under some kind of pressure to act over the state of insecurity in the country? Is Buhari hands too weak to find a lasting solution to the level of unbearable insecurity and spate of unexaggerated killings? What is the way forward?

As the continued stay in office by the service chiefs had cost the nations more deaths than the cost of getting new officers (service chiefs) to do the job of providing adequate security for Nigerians.

The state of bandit attacks have become a reoccurring decimal in the North. While crime, cultism, and senseless killings have overran the South. Solutions seem farfetched as the rate of killings have moved from one trajectory to the other. Killings on the daily basis is increasing at an increasing rate without break. Hence, we ask do we have security architecture?

The July 20, 2020 summoning of Lt. General Yusuf Buratai by President Buhari is one too many. What case is Lt Gen. Buratai making before the President that has made him remain in office in spite of the colossal damages in the Nation's security? Yet the effrontery comment of Buratai that " terrorism and banditry will end when Nigerian wants" is nothing but lack of strategy and the traces of give-up.

The best Buhari has said to the service chief is that "your best is not good enough, and I will no longer tolerate excuses" that ends it. Insecurity keep rising, one then wonders what better excuses could these wanton and nefarious killing mean?

What we often hear in the military is shake-ups. This has become the best military strategy without commensurate improvement in the wanton killings reoccurring in the country.

For example, the military hierarchy current Military shake-up is yet to guarantee results as the Army hierarchy continues to fail the country and its men in the war against insurgency. But rather than have a solid force under Buratai. We have experienced the following

1) More than 500 Soldiers vacating military operations in Nigeria because of loss of interest. This massive Withdrawal of allegiance has become reoccurring decimal in the army. As indicators showed that AWOL is normal in the North East.

It is not a cheering news for the Nigerian Military structure in Nigeria as Three hundred and fifty six (356) Nigerian soldiers formally quit the Army and the service in the country.

3) Issue of low morale and poor leadership: The rising rate of exit of soldiers is related with issue of low morale. The trend of low morale in the army is due to poor leadership. Presently, the Army's image is badly damaged and dysfunctional hence most military Personnel in the Army are experiencing mixed broken feelings over the leadership structure of the military. They are demoralised and polarised like never before under Buratai.

In conclusion, despite the staggering performance of the service chiefs in terms of securing lives and properties. Buhari keeps summoning them with any perceptible changes in the hierarchy to inject fresh ideas and strategies. 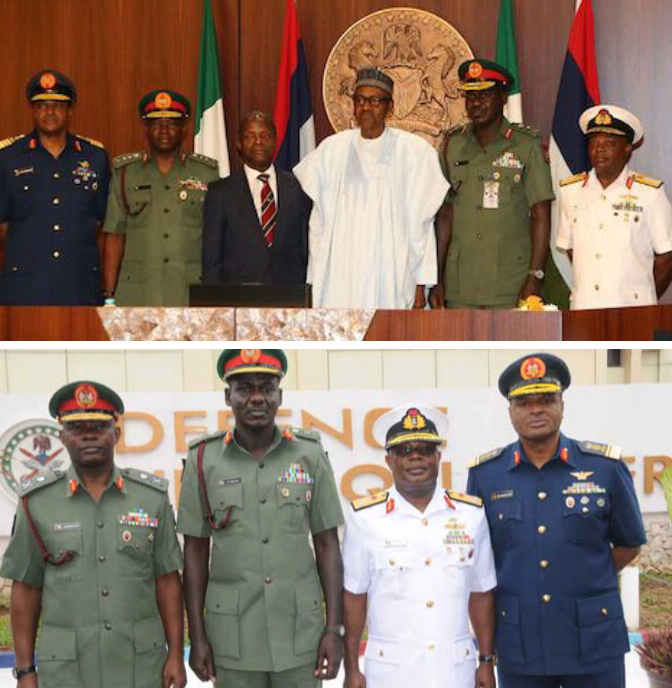