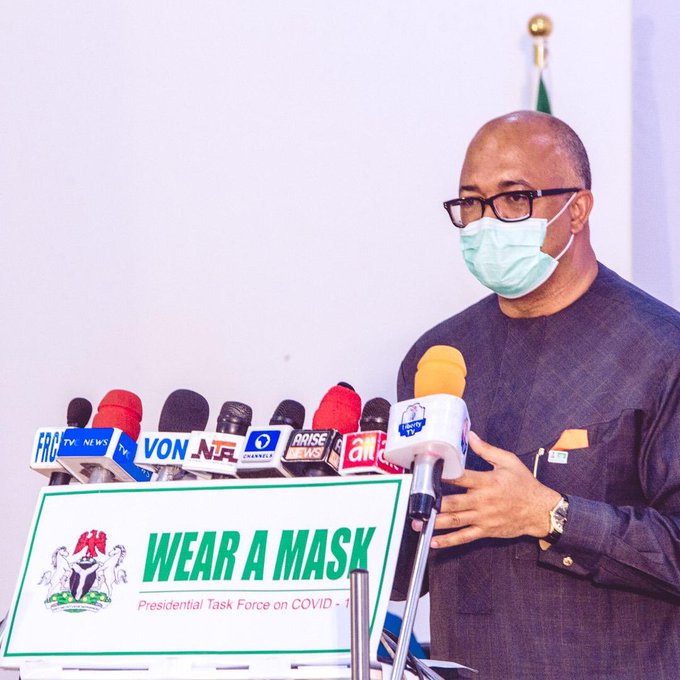 The Nigeria Centre for Disease Control (NCDC) said though COVID-19 presents symptoms similar to malaria such as fever, it comes with 12 others.

The NCDC made this known on its official twitter handle, while warning Nigerians against taking COVID-19 and malaria as the same.

According to NCDC, the 12 symptoms will help Nigerians “take responsibility” by quickly calling the available hotlines if they experienced a combination of this symptoms.

The NCDC urged Nigerians to alert its officials if they experienced cough, fever or any symptoms such as: loss of taste; loss of smell; difficulty in breathing; diarrhoea; catarrh, and fatigue.

Other symptoms are shivering; body pain; headache, and sore throat.

It also added that difficulty in breathing or shortness of breath, chest pain or pressure, and loss of speech or movement” were some of the serious symptoms of COVID-19. The deposed Emir of Kano, Muhammad Sanusi has said that corruption will continue to thrive in Nigeria as long as incompetent leaders are at the helms of affairs in the country.

Sanusi, a former Governor of the Central Bank of Nigeria, who spoke at a webinar organised by Emmanuel Chapel on Friday, also said corruption will continue to thrive if there is nepotism in the system.

According to him, incompetent leadership and nepotism would also continue to hinder the country’s development, noting that if citizens did not consider merit and competence in choosing their leaders, the country would make no progress.

Speaking at the webinar themed, ‘The sustainability of society’, Sanusi argued that inasmuch as the Federal Character principle enshrined in the Constitution has to be followed, the best brains from the different parts of the country should be appointed or elected into public office.

He said: “Morally and religiously speaking, corruption is a problem. But let us look at it from the angle of economics and we (would) begin to understand that it is not just the corruption itself but the type of corruption.

Part of the problem we have is incompetence and that is why I keep saying we must pay attention to merit. We have a system called Federal Character and I believe we should have Nigerians from all over the country in public office, but all those Nigerians must be people that are competent. There must be a merit test; a competence test.

“For me, I think the root of corruption is when we begin to de-emphasise merit, competence and performance and so long as we don’t bring the best in this country to do the job and hold them to account, we won’t go anywhere.

“The worst form of corruption we have in this country is nepotism; when people get into positions by virtue of personal loyalty, friendship and who they know, rather than what they can actually deliver by virtue of their competence for that office. We need people who can deliver for this country, I mean the majority.”

On the three fundamental catalytic reforms he believes could catapult Nigeria to a better place within the next seven to 10 years, Sanusi identified political reforms, especially the amendment of the Constitution to reduce the cost of governance and promote efficiency.

He added: “The second thing, which is extremely important, is that we must respect merit and the third thing is we need patience and we, especially those of us not in government, should put in our contributions that would help the leaders manage those challenges.” 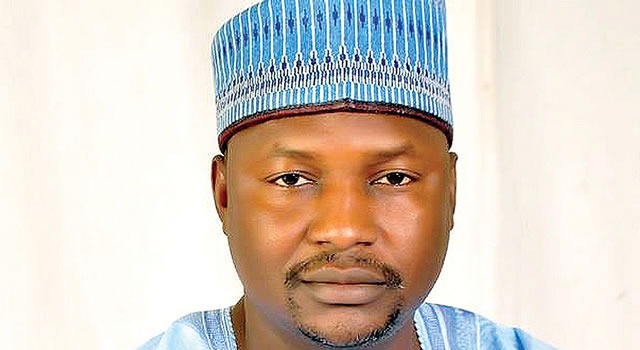 A prosecutor with the Special Presidential Investigation Panel for Recovery of Public Property, (SPIP), Oluwatosin Ojaomo, has accused the Attorney General of the Federation, Abubakar Malami (SAN), of sitting on hundreds of files on corruption cases, and withholding approval for their prosecution.

According to Ojaomo, the cases were investigated and handed over to the AGF’s office by the SPIP on the directive of President Muhammadu Buhari in 2019.

It would be recalled that President Buhari, had in September 2019, dissolved the SPIP and directed the AGF to immediately take over all outstanding investigations and other activities of the SPIP.

The prosecutor further accused Malami of failure to file the cases in court in violation of the presidential directive and section 1 of the Administration of Criminal Justice Act, 2015.

Ojaomo cited the case of two brothers, Ibrahim and Tijjani Tumsah, who he said allegedly retrieved without due process 86 expensive vehicles and real estate seized by the SPIP on the orders of a Federal High Court.

The lawyer, in a letter dated July 14, entitled, ‘Request for the prosecution of Ibrahim Tumsah and Tijjani Tumsah for contravention of the Recovery of Public Property (Special Provisions) Act, 2004,’ was addressed to the AGF with copies to President Buhari, Vice President Yemi Osinbajo, the Inspector-General of Police, Mohammed Adamu; Chairman, Presidential Adviser Committee on Anti-Corruption, Prof Itse Sagay; Transparency International and the United Nations Office on Drugs and Crime.

Ojaomo disclosed in the letter that the cases against the Tumsahs were dismissed due to the decision by the Court of Appeal that the SPIP did not possess the statutory powers to institute criminal matters, adding that several attempts made by the panel to get authorisation from the AGF to file charges against many criminal suspects failed.

The letter read in part: “Until the removal of the members of the panel, your office refused to give the approval which led to the dismissal of the suit against the duo (Ibrahim and Tijjani) and other matters instituted by the panel. His Eminence, Anthony Cardinal Olubunmi Okogie has decried the level of corruption going on in the country, especially as Nigeria is supposed to be waging a war on corruption. He said the development has become alarming, with government officials publicly accusing themselves of corruption, while the Economic and Financial Crimes Commission (EFCC) is also facing internal challenges.

In a statement, Okogie said EFCC is supposed to be part of the solution to the problem of corruption, but the twist of events has shown that the war on corruption has been lost.

He said: “The war on corruption never took off in the first instance. Our President is reported to have said if we do not deal with corruption, corruption will destroy us. Isn’t this country on the path of destruction already? Nigerians hear of huge sums of money being allocated to one government agency or the other, but the quality of life in this country continues to deteriorate. Whither Nigeria?”

Okogie listed other sources of anxiety to include insecurity, menace of herdsmen, bandits and Boko Haram, among others.

“Insecurity is not abating,” he said. “It is still dangerous to move around Nigeria. Kidnappers and herdsmen are on the prowl. Bandits have taken over some parts of Nigeria. There is no sense in which it can be said with sincerity and accuracy that Boko Haram has been defeated. The fact is: Nigerians cannot go about their legitimate business.

“Yet, Nigeria has an assortment of security agencies. Huge sums of money are reportedly allocated to security. State Governors have unfettered access to “security votes.” Yet, Nigerians are kidnapped for ransom. VIPs and the so-called great ones flout government’s laws flagrantly.”

The former Archbishop said it is extremely difficult for the economy to be in good health, when there is so much corruption and insecurity.

He said: “Nigerians are poorer today than they were 10 years ago. Today, truth has become a crime, while dishonesty is rewarded, and competence no longer matters.

“But Nigeria needs leaders who are morally, ethically and technically competent to manage its affairs…“

Is this the way we are going to mark our 60th Independence Anniversary? A word is sufficient for the wise.” Oshiomhole, a former National Chairman of the All Progressives Congress, APC has reacted to the alleged vandalism of Pastor Osagie Ize-Iyamu’s outdoor billboards and campaign posters by the Edo State Government.

6. Coronavirus: ASUU tells FG not to reopen schools until 2021 ASUU President says any attempt to reopen schools now amounts to experimenting with the lives of Nigerian pupils.

Due to the rise in coronavirus cases in Nigeria, the Academic Staff Union of Universities (ASUU) has advised the Federal Government not to experiment with the lives of Nigerian students by allowing them to sit for the West African Senior School Certificate Examination earlier scheduled to begin in August.

The union said it supports the government’s earlier decision to stop the SSS3 students from writing 2020 WASSCE, saying schools should be shut down until 2021 ‘to safeguard the lives of Nigerian children and safeguard the health of all Nigerians.’

Chukwuemeka Nwajiuba, Minister of State for Education, had recently said the government would consult with the four other countries under the West Africa Examination Council to set a new date for 2020 WASSCE.

7. Galadima: ‘Nothing will come out of Magu’s probe, Buhari is only entertaining Nigerians’ 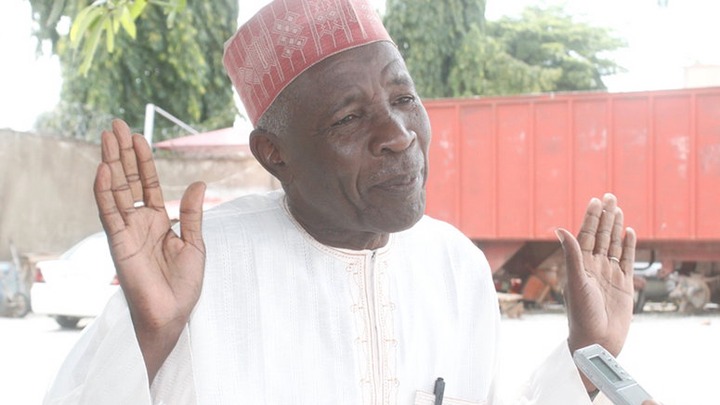 Galadima says Magu should have long been suspended, but Buhari kept him in office for five years.

Buba Galadima, former ally of President Muhammadu Buhari has described the suspension and investigation of Ibrahim Magu, the suspended Chairman of the Economic and Financial Crimes Commission (EFCC) as an entertainment.

Galadima in an interview published by TheSun on Saturday, July 18, 2020, said nothing will come out of Magu’s investigation, saying the suspension of the embattled EFCC boss was meant to create the impression that Buhari is fighting corruption.

While asking Nigerians not to be deceived by the probe, the elder statesman said Magu should have been suspended long ago, adding that he didn’t know why it took Buhari five years to remove him.