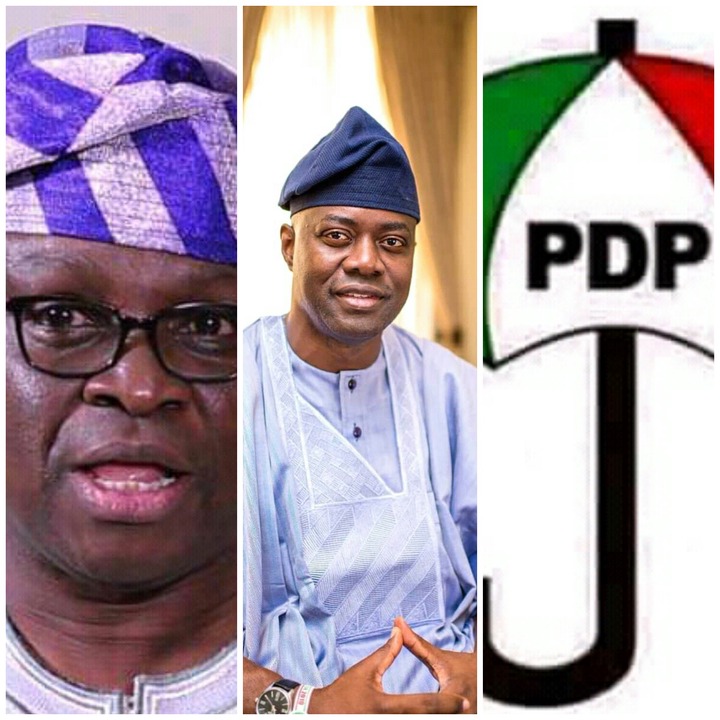 With evidence that the 2020 Ondo state governorship election is around the corner, i believe that the People's Democratic Party may soon set up its campaign committee, that will leads any candidate that emerges as their flag bearer at the party primary which is been chair by senator Ike Ekweremadu.

With the state political setting, you will agree with me that the two major strongest political parties in the forthcoming election, are the umbrella party and the broom party.

taking a close look at the PDP chance of coming out victorious in the election, permit me to present the two influential politicians in the southwest that may deliver the state to the party, because of their popularity in that zone.

Since Oyo is the only state that is been controlled by the PDP. It means that governor Seyi Makinde who is the highest officeholder in that zone automatically leads as the party leader. As a leader of the PDP in the southwest, He may use that same popularity, he once used in 2019, to defeat his opponents, to strategy for his party in Ondo. Because his popularity extends beyond the shores of Oyo State.

2. Former governor Ayodele Fayose: he is one loyal party man in that zone, that is fearless and courageous in anything he gets himself involve.

He knows when to call the public attention to irregularities and misconduct going on. Therefore, if he is been listed among for the PDP campaign term, he may help the party put the opposition on their toe, because as his neighboring state, he may understand their kind of politics