By OfficialTeeq (self media writer) | 10 months ago

Bola Tinubu, a chieftain of the All Progressives Congress (APC), will make an excellent president, according to Saliu Adetunji, the Olubadan of Ibadan. 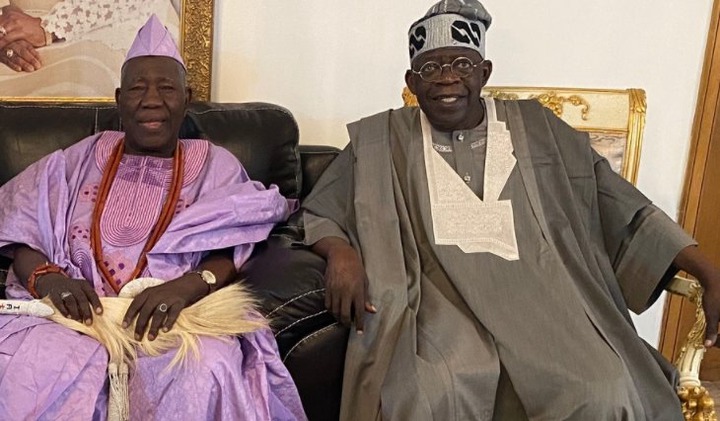 Despite the fact that Tinubu has yet to declare an interest in running for Nigeria's highest position, NAN reports that the monarch has stated that if he does, he will back him.

While receiving members of the Tinubu Vanguard in Ibadan, the Oyo state capital, on Saturday, 26th of June 2021, Olubadan is alleged to have shown his support.

Olubadan described Tinubu as a "decent man" who will "consolidate" the APC's progressive agenda and "propel Nigeria on the road of economic prosperity and sustainable development," according to the statement.

He was cited as saying, "Tinubu is a decent man, and I will do all in my power to promote his candidacy for the 2023 presidential election."

The members of Tinubu Vanguard paid a visit to the king to inform him of their plans to deliver the Tinubu presidency in 2023 and to seek his blessing, according to the group's director-general.

Tinubu, who is a former governor of Lagos State, has yet to publicly declare his intention to run for the presidency in 2023. However, some of his moves showed that he was very interested in the race. 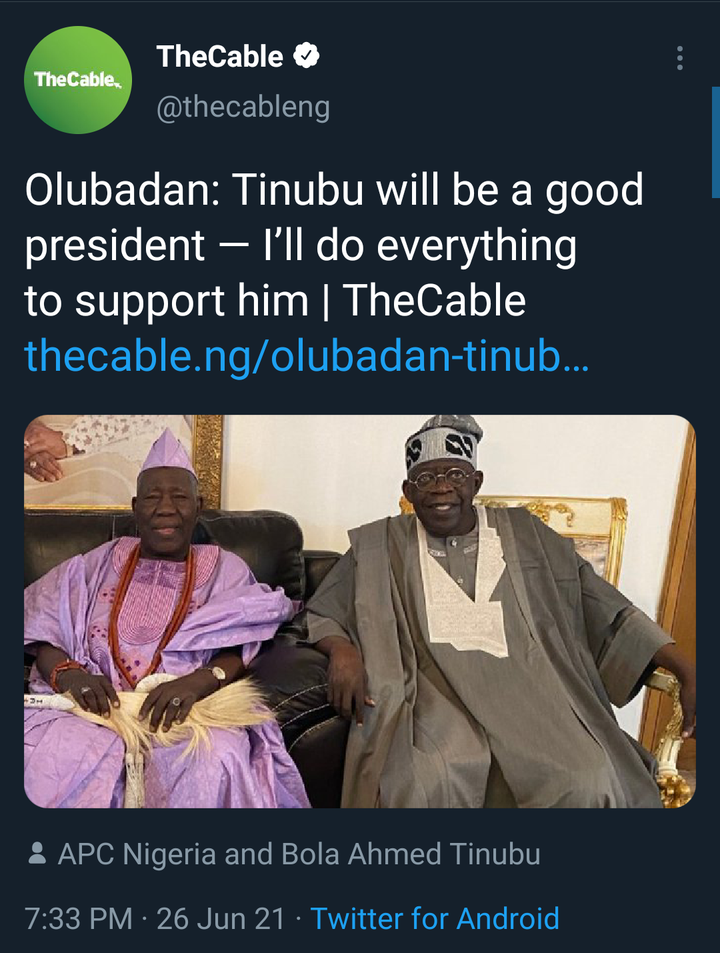