By Michealstanley (self media writer) | 1 year ago 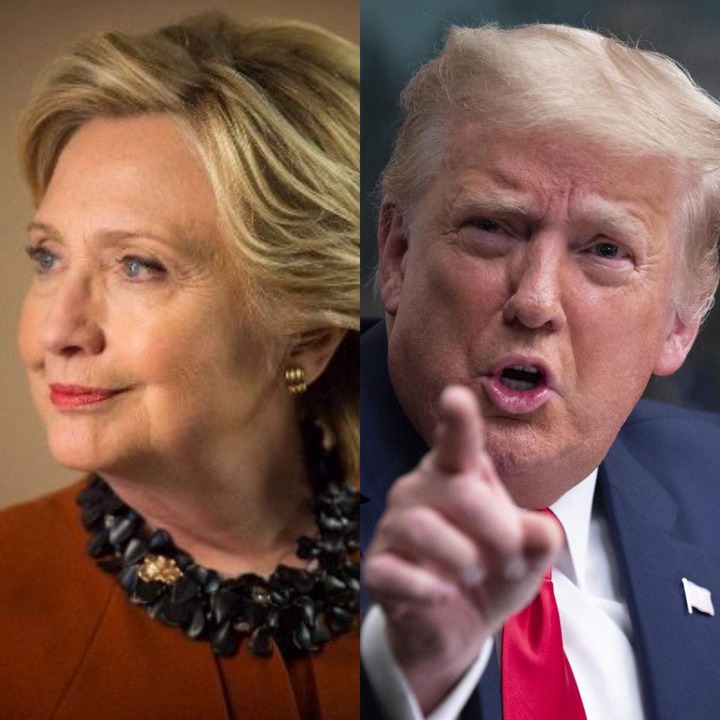 Some enemies are short term, some are made due to circumstances, Some they call them sworn enemies, thy are your enemies for life even in grave you still be enemies.

Hillary Clinton and former president Trump enmity is not from here.

Recently Hillary was seeing posting on her twitter page the Demolition of the Trump Plaza in the Atlantic City, which brought a lot of reactions from people.

Many were reacting towards what she did as a sign of happiness to see one of Trump properties brought to the ground.

On Friday she posted on her timelines that, "Don't vote for Anyone you wouldn't trust with your dog".

This post has a lot of significance and is directly pointing to Donald Trump the former president of America.

Donald Trump in the last 100 years is the only America President that didn't keep pet in the White House.

Many president in the US have cats and dogs they keep as pet while serving in the white house as the president.

During Biden campaign he once mentioned that a vote for him is also a vote for champ' his dog, and also their voting for him means they are voting to brings pet back to the White House.

This has spark a lot of reactions from American people, both the Trump and Biden supporter's.

Some believe her post is irrelevant and some believe she's saying the right thing.

Let's see some of their posts below.

Content created and supplied by: Michealstanley (via Opera News )